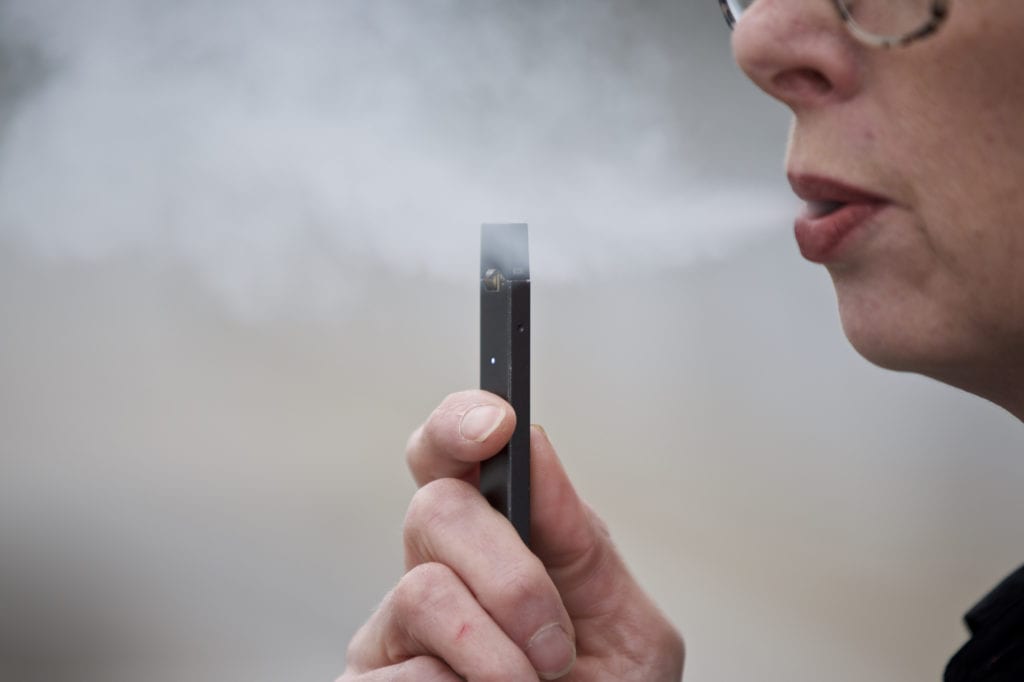 FILE - In this April 16, 2019, file photo, a woman exhales a puff of vapor from a Juul pen in Vancouver, Wash. Under intense scrutiny amid a wave of underage vaping, Juul is pushing into television with a multimillion-dollar campaign rebranding itself as a stop-smoking aid for adults trying to kick cigarettes. (AP Photo/Craig Mitchelldyer, File)

The bill aims to increase the legal age to purchase nicotine products in Wyoming to 21, which would align with federal rules which raised the minimum purchase age from 18 to 21 in December 2019.

While both chambers have passed the legislation on three readings, the Senate has yet to agree with amendments adopted by the House. They rejected an initial concurrence vote unanimously on March 9.

Wasserburger said that the senators on the committee had agreed to rescind all objections to the bill and recommended the Senate agree to the House’s changes. However, the Senate’s Wednesday vote failed to receive the 16 votes needed to send the bill to Governor Mark Gordon’s desk.

The bill was then assigned to a second joint conference committee to again attempt to work out the differences.

Wasserburger explained that the House amendments lowered proposed fines under the bill to $25 from the $100 included in the initial version of the bill. The House also decided to amend the bill to treat infractions of the law as a civil penalty.

Under the House version of the bill, people found to purchase tobacco underage would have that expunged from their records after six months.

For a brief time, the House had also adopted an amendment which would have exempted tribal and other law enforcement, military and fire fighters from the rules, allowing such people to still purchase tobacco at age 18. However, the House later adopted amendments which repealed those exemptions.

The Senate’s Wednesday 15-14 vote in rejection (failed to receive the 16 votes needed) of the joint conference committee report was as follows: