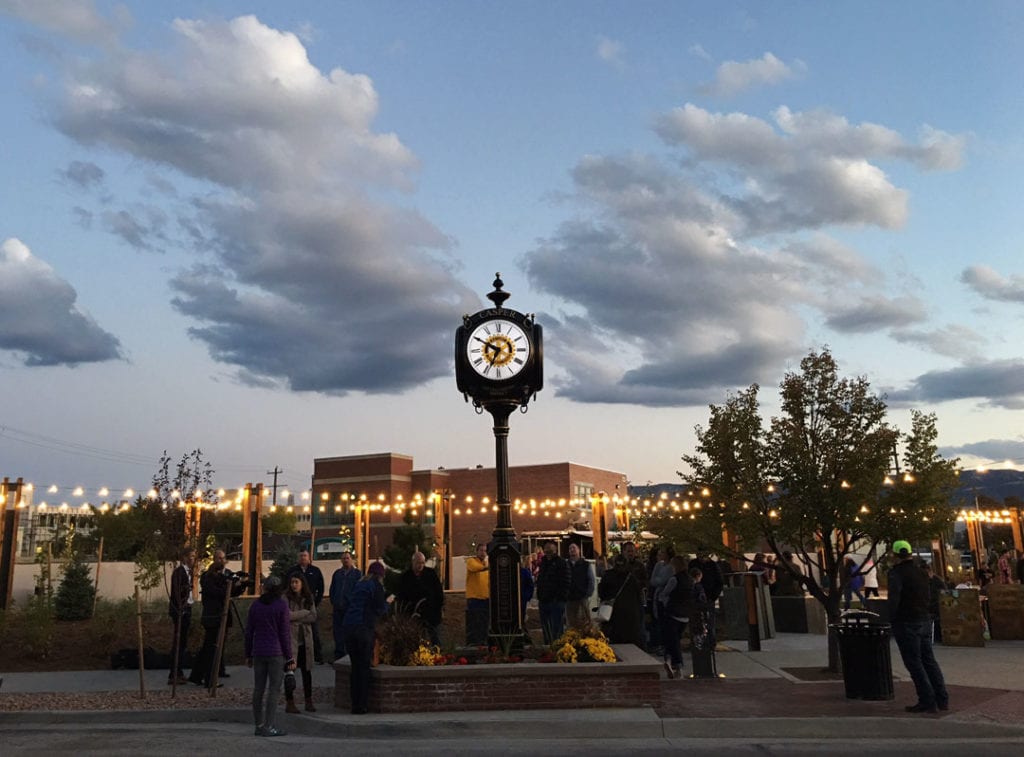 People gather for a dedication of the Rotary clock at David Street Station on Friday, Oct. 5, 2017 in downtown Casper.(Dan Cepeda, Oil City)

The bill was amended before reaching the governor’s desk. The Senate’s amendment would allow Wyoming to stop observing seasonal time changes if three other “western states” pass similar legislation. Those states could include:

In addition to modifying which states could allow Wyoming to enact the changes, the Senate amendment also requires that the United States Congress enact legislation to authorize states to observe daylight savings time year round.

“The year-round observed time of the entire state of Wyoming and all of the state’s political subdivisions is mountain daylight time,” the bill states. “Wyoming exempts all areas of the state from mountain standard time.”

If the provisions were all met, the new rules would go into effect the first Sunday of November.