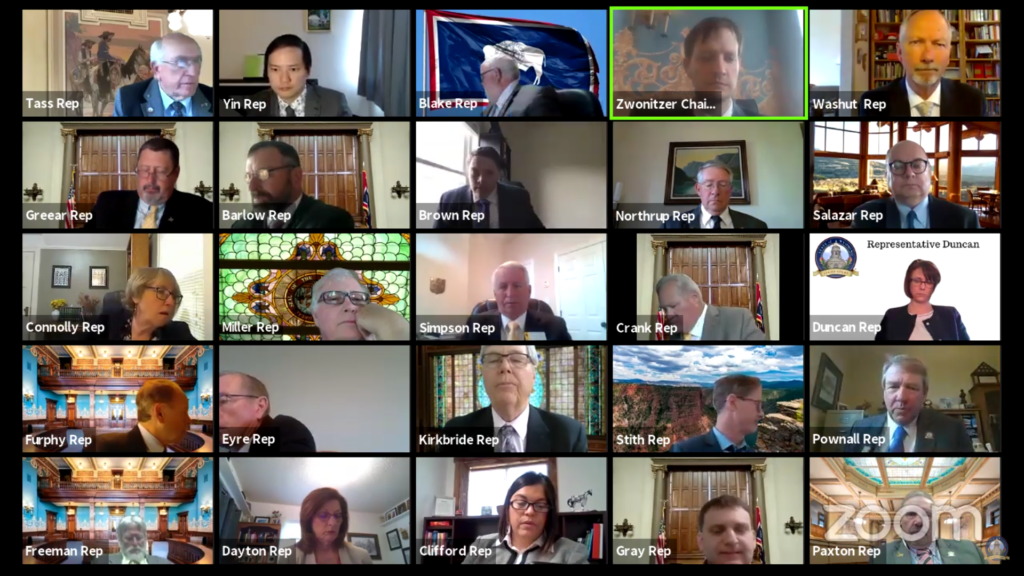 CASPER, Wyo. — The Wyoming House of Representatives adopted an amendment to House Bill 1001 during the special session Friday, May 8 that would make it possible for the Eastern Shoshone and Northern Arapaho Tribes to receive federal Coronavirus, Aid, Relief and Economic Security (CARES) Act qualifying funding or other federal funding received by Wyoming.

The amendment would not appropriate any amount of funding to the tribes, but would allow the State Loan and Investment Board to consider providing grants from CARES Act or other federal funding meant to provide COVID-19 pandemic assistance.

Larsen said the purpose of his amendment was to create a mechanism for the executive branch to consider providing additional support in case the CARES Act funding provided to the tribes isn’t sufficient to address impacts they have experienced stemming from the pandemic.

Majority Whip Tyler Lindholm asked whether tribes would need support from the state since they have received federal CARES Act funding themselves.

“Are they not able to handle this on their own as a sovereign nation?” he asked, noting that federal government hasn’t distributed funding to any city in Wyoming equal to the roughly $29 million the tribes were granted.

Majority Floor Leader Eric Barlow said that while tribal governments are sovereign, “citizens of these tribes are citizens of Wyoming as well.” He added that the state and tribes partner on a variety of programs.

“Why not be able to use some of these displaced funds to be able to support our tribal neighbors?” he asked.

Minority Floor Leader Cathy Connolly agreed and added that the legislature should try to make the legislation as expansive as possible so that CARES Act funding can get where it needs to go.

“[The] money should be able to go to whatever entity provides the services that we need,” she said.

Larsen reiterated that the amendment wouldn’t appropriate any funding to the tribes.

“Don’t read more into the amendment than is there,” he said. “Nothing [in it] says the state is going to give any money into the tribes.”

He said the amendment could allow the SLIB Board to consider providing support to tribal healthcare facilities or businesses impacted by COVID-19 owned by the tribes.

“All this amendment does is provide the mechanism in the event [tribes] want to make a proposal or the governor wants to entertain a proposal,” Larsen said.

As of 3 pm Friday, the House was considering other amendments to House Bill 1001. House Bill 1001 and its mirror bill Senate File 1001 would direct the overall appropriation of the $1.25 billion in CARES Act funding received by Wyoming. If the bills pass on three readings, they will be assigned to a joint committee to resolve differences between the House and Senate.

Only one piece of legislation could ultimately become law.