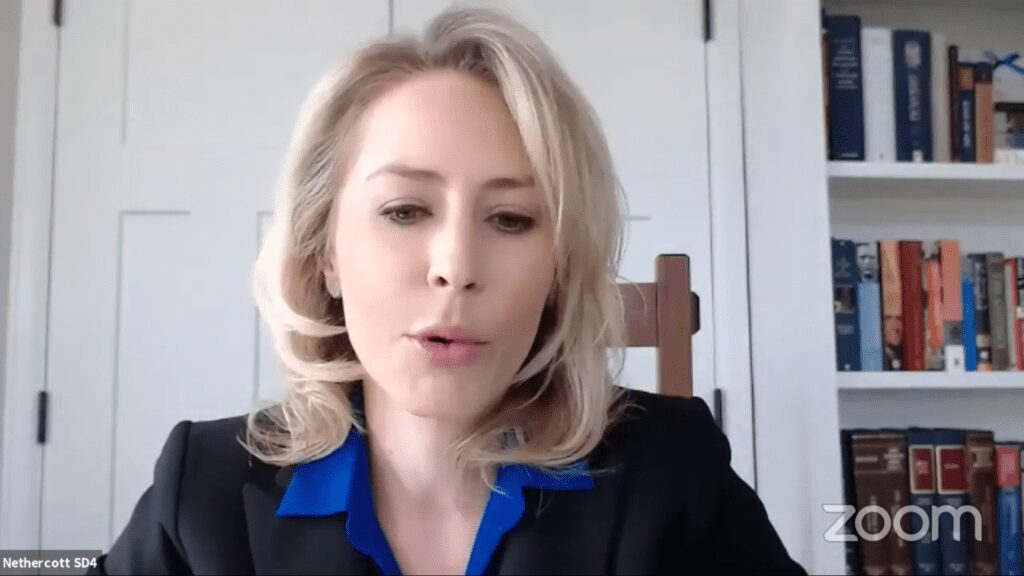 CASPER, Wyo. — The Wyoming Legislature has been working to direct $1.25 billion in federal CARES Act funding which has been received by the state in response to the COVID-19 pandemic.

While the Senate took up a piece of legislation that would explicitly make businesses immune from litigation for exposing people to the virus, the House of Representatives did not take up the legislation. Speaker of the House Steve Harshman said during the first day of the session which began at 8 am Friday, May 8 that he thought the special rules to allow expedited consideration of the CARES Act funding legislation did not allow adequate time to address the question of business immunity from litigation.

He said the expedited process might not allow enough time for the public to provide input into the legislation and that such a question would be better addressed in a later special session this summer which would allow more time for consideration.

Since the House was not amenable to passing legislation to explicitly provide business immunity from litigation, Senate District 04 Senator Tara Nethercott explained that the Joint Judiciary Committee would continue to work on a proposal over the next six weeks.

She added that a Joint Conference Committee working on House Bill 1002 and Senate File 1002 had reached a compromise to provide some clarification that businesses have protection from liability under Wyoming Statute 35-4-114.

“Obviously the sticking point had a lot to do with the liability concern,” she Nethercott said. “That could have killed the entire bill. Through a lot of effort and compromise, a middle ground was reached. This is not a perfect solution, but I think it is a great solution. I think businesses are protected and I think it is a healthy compromise.”

If that legislation becomes law, that section of the statutes would be amended to provide business entities “good faith” protection from litigation during a public health crises.

“For the next six weeks, for the concern about the floodgate of litigation, I believe that this provides businesses those protections that they are seeking,” Nethercott said on Saturday.

Senate District 26 Senator Eli Bebout said that “good faith” clauses can sometimes be used by someone seeking civil liabilities against a business and asked if there were any stronger protections that could be added.

“The standard of ‘good faith’ is certainly uncomfortable for everyone involved,” Nethercott said. “These are cases of facts. Unfortunately there is no way really to legislate around real life situations that encompass all of those particular pieces other than just to not allow access to those courts.”

Nethercott noted that she had found cases in which a business’ failure to provide personal protective equipment could be considered “an intentional act” and the business could be liable.

She noted that the “good faith” protections already exist in statute, the amendment to the legislation would provide protections.

“If [businesses] are acting reasonably like a reasonable person or a reasonable business should, they have full immunity,” Nethercott said. “In our traditional understanding of Tort liability, we have what is known as ‘comparative fault.”

“That’s completely avoided through this legislation. I believe it is a good solution.”

The statute would be amended to read as follows:

(a) During a public health emergency as defined by W.S. 35-4-115(a)(i), any health care provider or other person, including a business entity, who in good faith follows the instructions of the a state, city, town or county health officer in responding or who acts in good faith in responding to the public health emergency is immune from any liability arising from complying with those instructions or acting in good faith. This immunity shall apply to health care providers who are retired, who have an inactive license or who are licensed in another state without a valid Wyoming license and while performing as a volunteer during a declared public health emergency as defined by W.S. 35-4-115(a)(i). This immunity shall not apply to acts or omissions constituting gross negligence or willful or wanton misconduct.

Senate District 30 Senator Charles Scott said that there would still be a “potential of a jury question over the ‘good faith’ issue” and a potential jury question under the “gross negligence” standard.

“As long as you have those….you have the potential of suits,” he said. “Having said that, I think this is a great improvement.”

“The problem is not entirely solved and we’ll have to work on it further.”