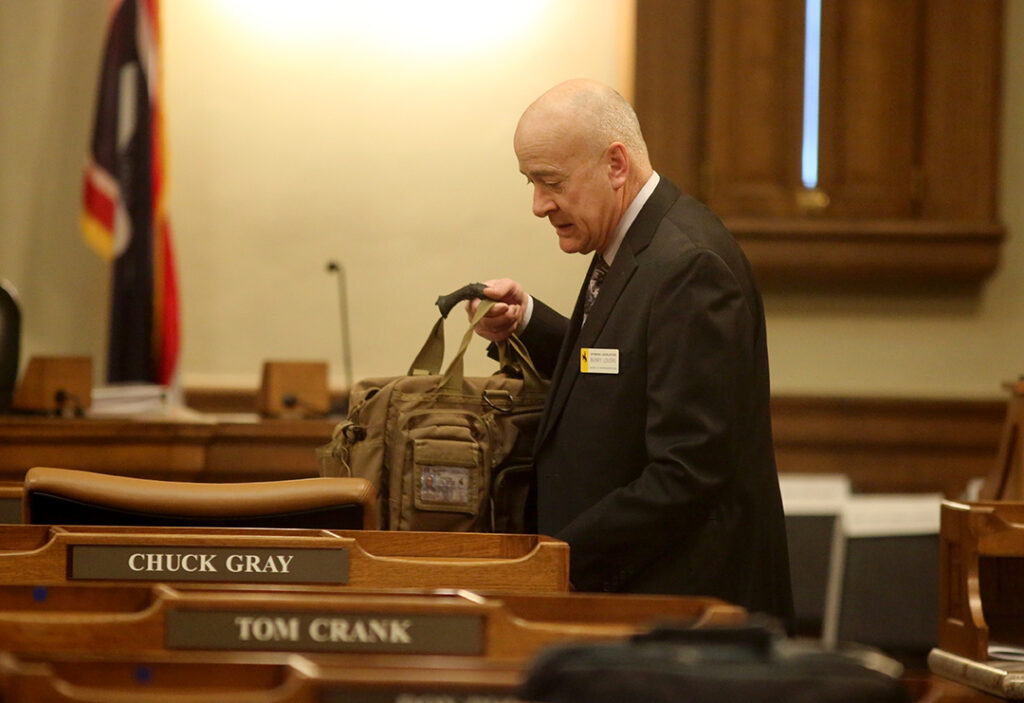 CASPER, Wyo. — Bunky Loucks resigned from his seat in the Wyoming Legislature effective June 30. He had held the House District 59 seat since 2011.

Loucks told Oil City on Monday, July 6 that work was behind his decision to resign with the Wyoming Legislature looking at possible special sessions between now and the end of the year.

“I can’t try to keep my business alive and put the hours in that we are going to be in for special session and do a good job at both so that’s the basis of my decision,” he said.

He added that work for the legislature surrounding the May special session required a lot of his time online.

“I never ever participated in a Zoom meeting before May 4,” Loucks said. “I printed it off and had well over 100 hours in the month of May.”

Loucks owns Wyoming Office Products & Interiors and says that COVID-19 has had a big impact on the business.

“I’ve been doing the same thing for 42 years and I’m 62 years old,” he said. “I’m too old to start over. I thought I’d have a company that would be sellable and would retire in the next few years but things have changed just drastically. We are down huge, huge amounts.”

Loucks said it was a difficult decision to resign but felt that he had to for his business. Prior to his resignation, Loucks had not filed to run for re-election in the fall.

He said he’s hopeful a replacement candidate can be found to take his spot for the remainder of the term and serve on the legislative committees on which he served.

“Those applying must be a qualified elector in HD59, registered as a Republican,” McGinley wrote. “The current Precinct Committeemen and Committeewomen in HD59 will choose three persons from those applying whose names will advance to the Natrona County Commissioners.”

“The Commissioners will then hold interviews and appoint one to finish the election term ending December 31, 2020.”

Initial interviews with replacement candidates will be held at 6 pm Wednesday, July 15 in the Ramkota Hotel’s Theatre Room.

“Due to current health restrictions, seating will be limited to under 50 people,” McGinley added. “The meeting is open to the public, but only current precinct committee members of HD59 will be allowed to vote.”

“If you are interested in applying, your request must be received by Monday July 13th, 12:00pm via email at ncrpchairman@hotmail.com.”

McGinley also pointed people to Wyoming Statute § 22-18-111(a)(iii) for details on the rules for replacing a county elected official.