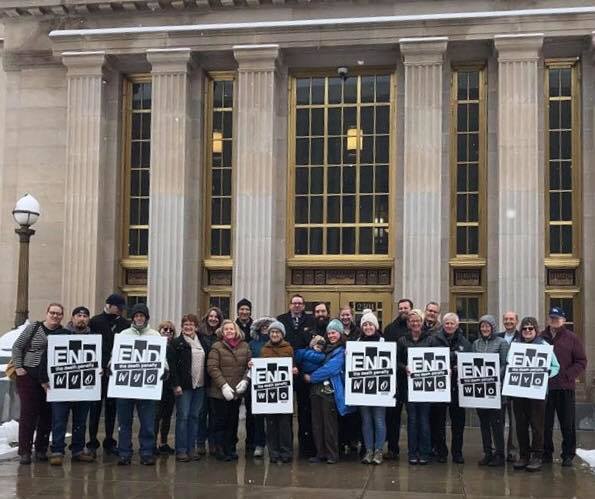 CASPER, Wyo. — The Wyoming Conservatives Concerned about the Death Penalty and the Wyoming Interfaith Network are organizing an online forum to talk about repealing the death penalty in the state at 6 pm Thursday, Oct. 29.

The forum will feature Christal Martin, a resident of Green River, “who will share her story of having lost two family members to murder and why she is opposed to the death penalty,” the Wyoming Conservatives Concerned About the Death Penalty said in an announcement about the forum.

Wyoming Representative Jared Olsen of Cheyenne will also participate in the forum and discuss efforts to pass legislation in Wyoming to repeal the death penalty. Olsen will also talk about “why a growing number of state legislators are turning against capital punishment.”

40 Wyoming representatives and senators sponsored a bill that would have repealed the death penalty in the state during the 2020 budget session. However, the House of Representatives voted 37-23 on Feb. 12 to have the legislation introduced for further consideration in the legislature.

That failed to meet the two-thirds majority required for introduction during budget sessions.

“We’re disappointed that legislators won’t consider a bill to repeal the death penalty this year, but our resolve to end this abhorrent practice remains strong,” said ACLU of Wyoming Director of Campaigns Sabrina King said in a release after the bill failed introduction. “The death penalty is costly, ineffective and it is disingenuous to keep it part of our criminal justice system. It is clear that a majority of the House supports repeal. We know by next year the Senate will as well. One year from now it is our commitment that Wyoming will finally end the death penalty.”

People can register for the forum, which will be held on Zoom, online.