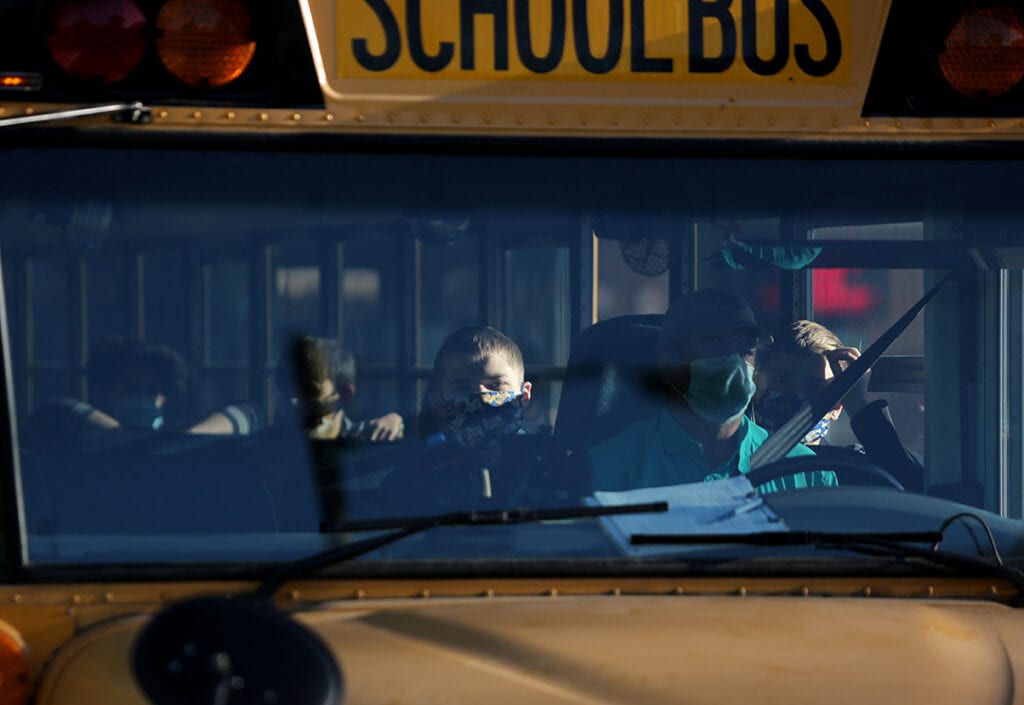 CASPER, Wyo. — The Wyoming Legislature will reconvene their 2021 General Session in March and one of the may topics of debate will be what should be done with K-12 education spending.

House Majority Floor Leader Albert Sommers (Sublette County) said during a press conference on Tuesday, Feb. 9 that the legislature will debate a proposal to cut K-12 education funding (provided through the School Foundation Program Account) by $100 million per year.

Wyoming Senate and House majority leaders said during the press conference that they expect the work of the legislature this session will be able to ensure a balanced budget for the remainder of the 2021-2022 biennium.

However, Sommers said that the state’s budget shortfall moving forward is expected to grow by around $300 million per year. Sen. Dave Kinskey (Sheridan, Johnson Counties) helped prepare a long-term revenue forecast for the state which projects that the deficit to the state’s General Fund, School Foundations Program Account and School Capital Construction Account could rise again to $75 million by the Fiscal Year 2023-2024 biennium and the shortfall could balloon further to around $885 million by FY 2025-2026.

By the 2025-2026 biennium, the state’s “rainy day fund” (the Legislative Stabilization Reserve Account LSRA), which cannot be dipped into when it falls under $500 million, is forecast to drop near levels where it will be unavailable to cover shortfalls to the General Fund and the education-related accounts.

Sommers said that he considers the legislature’s up-coming debate about school finance recalibration as one of the most important conversations the body will engage in this session. House Bill 61, sponsored by the Select Committee on School Finance Recalibration, proposes cutting School Foundation Program funding provided to districts across the state by $100 million beginning in fiscal year 2022 and each year thereafter.

With the education spending driving much of the state’s budgetary woes, Senate President Dan Dockstader (Lincoln, Sublette, Teton) said on Tuesday that a discussion about changes to how the state funds education has to be on the table.

“At some point we need education at the table to help us with this,” he said.

Sommers said he believes the proposed $100 million cuts in House Bill 61 would be a “vehicle for the conversation” on how the state is going to manage projected shortfalls. Whether the proposal will be accepted by a majority in both chambers remains uncertain. Sommers said he thinks funding education in the state will require some combination of new revenues (taxes) and cuts.

The draft House Bill 61 includes placeholders for taxes to help raise revenues for K-12 education, but does not include any specific amounts. That is expected to be part of the legislature’s debate as they consider the bill.

Sommers added that members of the legislature were recently presented with a report about a University of Wyoming poll which he said indicate the public generally don’t want to see K-12 funding cuts but also don’t want to see new taxes.

Senate Majority Floor Leader Ogden Driskill (Crook, Campbell, Weston) said he thinks UW’s polling is accurate and that people in the state tend to “want their cake and eat it too.”

But he said the state’s education funding model “is not workable long-term.”

“We’re rapidly approaching a point where it is not a conversation, it is a hard cliff,” Driskill said. He added that other state agencies have been asked to take cuts and he thinks it education should “step up and do more with less.”

Sommers noted that the legislature is constitutionally obligated to provide some level of K-12 education funding (which the state largely does out of the School Foundation Program and School Capital Construction Accounts) and also funding for things like courts (which are largely handled out of the General Fund).

Driskill said that the state may find itself in place where questions about the required level of education funding have to be addressed in the courts. In any case, he said the state’s current situation is “absolutely non-sustainable long-term.”

Majority Whip Jared Olsen (Laramie County) said that he thinks it is important the public understand that the state largely relies on separate accounts to fund education and to fund other government agencies and services.

He said that without either cuts or new revenue for education spending, the state would be put in a position to fund education out of the general fund, which would make it harder to fund other agencies and programs which have already taken substantial cuts.

“I personally would not advocate for cutting [spending out of the] General Fund to balance the education side,” he said.

Senate Vice President Larry Hicks (Albany, Carbon, Sweetwater) said he thinks the state’s education model is antiquated both in terms of how it is funded but also in terms of the state’s “basket of goods,” which refers to content areas education is required to cover.

“We have to rethink what education should be,” Hicks said. He added that he thinks the debate sometimes focuses too much on money and doesn’t focus enough on what education should actually look like for students in the contemporary world. Hicks said he sees the lack of that conversation as a disservice to both children and taxpayers.

He added that until the conversation shifts to thinking about changes to education itself, “I think we are just going to continue to have conversations about money divorced from results.”

Sommers, on the other hand, said he thinks that Wyoming’s “basket of goods” is comparable with other states in the region and that the legislature took an extensive review of the basket of goods in 2016.

He agreed with Hicks, however, that education is evolving. Sommers said that the COVID-19 pandemic drove education into more virtual modes and that this is a sign the state will need to discuss what education looks like in terms of content instruction moving forward. However, he said the pressing debate for this session is funding.

House Bill 61 has been received for introduction and can be reviewed online.