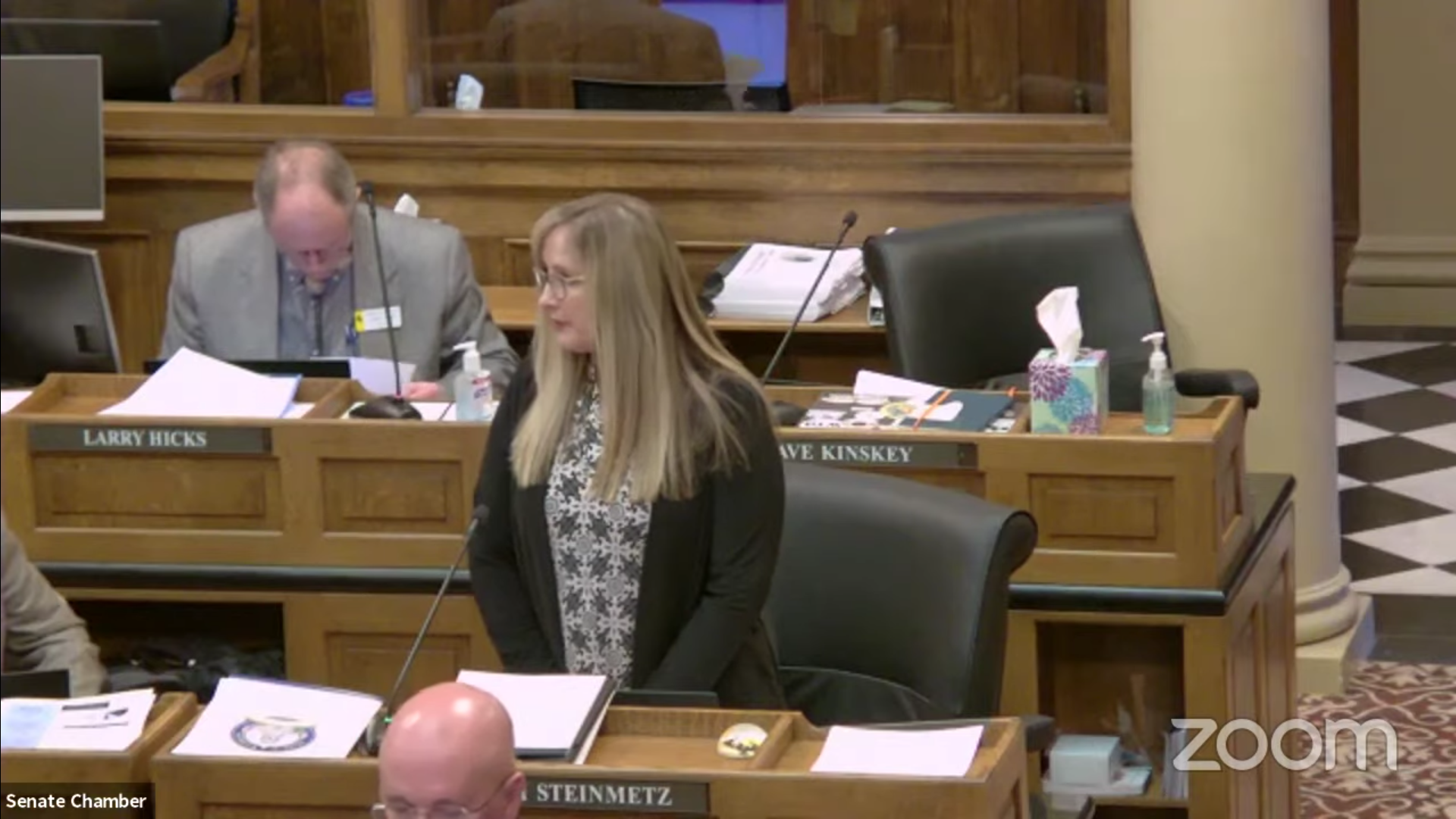 CASPER, Wyo. — The Wyoming Senate debated Senate File 34 during their Tuesday, March 2 floor session which proponents argued would ensure that infants born alive when an abortion is performed would be given the same “commonly accepted means of care that would be rendered to any other infant born alive.”

“It is my hope that we can all agree that once a child is born alive, all rights apply equally under the law,” the legislation’s primary sponsor Sen. Cheri Steinmetz (Goshen, Niobrara, Weston County) said. “We have seen evidence this last year in Wyoming that we will go to extreme measures to to save just one human life. This has been exemplified in measures taken to fight COVID-19.”

The current law and the proposed law can be compared as follows:

In Wyoming “viability” means “that stage of human development when the embryo or fetus is able to live by natural or life-supportive systems outside the womb of the mother according to appropriate medical judgment.”

Rothfuss asked whether the new language would require doctors performing abortions to attempt to keep an infant born alive even if it was only able to survive with the support of medical machines.

A doctor could potentially be put in a situation where they would have to tell a family that despite an infant having little to no chance of surviving outside of a hospital that they are required to try to keep them alive with the use of medical equipment, Rothfuss argued.

He asked whether the legislation would create an “obligation to use extreme measures” to keep an infant alive.

Sen. Jeff Wasserburger (Campbell, Converse) said that he knows of recent situations in Wyoming which babies were born without brains or hearts. He asked whether the legislation would require some means of care in cases similar to those.

“We basically designate that the person performing the abortion would take medically appropriate and reasonable steps to preserve the life and health of an infant born alive,” Steinmetz said.

Sen. Mike Gierau (Teton County) said that he also had confusion as to whether the legislation would actually change anything.

“I didn’t hear an example of where in any case a doctor does not treat a live person as a live person,” he said, adding that he thinks doctors are bound to do so under the Hippocratic Oath.

McKeown also said he believes rumors about abortions being performed for the purpose of harvesting body parts. The U.S. House Committee on Oversight and Reform addresses claims about Planned Parenthood being paid for fetal tissue in violation of federal law:

This law prohibits the receipt of any “valuable consideration” for fetal tissue while expressly permitting “reasonable payments” for costs, including “transportation, implantation, processing, preservation, quality control, or storage of human fetal tissue.”[8]

Currently, only two of Planned Parenthood’s 59 affiliates participate in fetal tissue research. One is reimbursed for reasonable costs at $60 per specimen, and the other receives no reimbursements.[10]

McKeown said he thinks “we are fooling ourselves if we don’t think across the nation they are not harvesting babies and baby parts. We’re just trying to get out ahead of it. It probably hasn’t happened here but why don’t we stop it before it does?”

Sen. Drew Perkins (Natrona) said he thinks the proposed legislation may have some unintended consequences.

Sen. Bill Landen (Natrona) asked whether the legislation would “change anything with regard to the parents’ ability to be involved in this situation.”

“How does the word viable in this language come into play?” he asked. “Perhaps a baby is not viable without extreme use of all the help we can give the little one.”

Landen said he wanted to avoid creating a situation which impedes “the parents’ ability to interact with that doctor.”

Senate Vice President Larry Hicks (Albany, Carbon, Sweetwater) said he thinks the bill would address situation in which an abortion was “botched” and the infant is born alive.

He said the legislature has the right to protect infants born alive based on the Wyoming Constitution.

Both Hicks and Rothfuss referred to Article 1 Section 38 of the Wyoming Constitution, though they pointed at different subsections:

(b) Any person may pay, and a health care provider may accept, direct payment for health care without imposition of penalties or fines for doing so.

(c) The legislature may determine reasonable and necessary restrictions on the rights granted under this section to protect the health and general welfare of the people or to accomplish the other purposes set forth in the Wyoming Constitution.

(d) The state of Wyoming shall act to preserve these rights from undue governmental infringement.[1]

Rothfuss asked if supporters of the bill would be open to adding the word “viable” before infant in the second sentence of the proposed legislation (“Any physician performing an abortion shall take medically appropriate and reasonable steps to preserve the life and health of an infant born alive,”) since some people are concerned the lack of this phrase could make the law apply to situation where an infant born alive isn’t “viable.”

Senate President Dan Dockstader (Lincoln, Sublette, Teton) said he has seen a lot of similar bills in his time with the legislature and that he notices the chamber becomes “a little more quiet” and tense when the subject of abortion is being debated.

“These are difficult topics,” he said. “What I come down to is: what kind of society have we come down to when we can’t protect the life of an infant?”

Rothfuss said that he had respect for all the views expressed during the debate.

“Every view voiced is a view out of compassion and empathy and kindness and love,” he said. Rothfuss said his own concerns about the implications of the absence of the word “viable” were no exception.