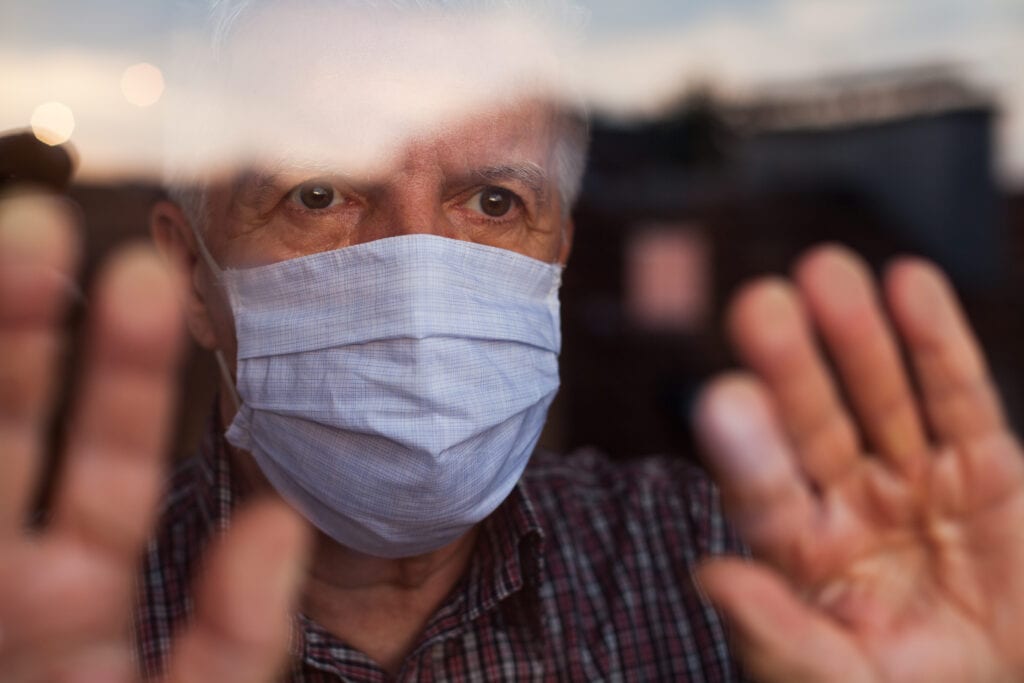 CASPER, Wyo. — The Wyoming House of Representatives debated several amendments to House Bill 127 ahead of their third reading vote on Wednesday. The legislation aims to add limits to restrictions which can be imposed via public health orders.

The first amendment the House debated dealt with keeping public health orders from impacting some access to places such as nursing homes and assisted living facilities.

Rep. Dan Laursen (Park County) offered the amendment after the House adopted an amendment on Tuesday to protect the right of parents and guardians to have access to their child during public health emergencies.

“I just think that our elderly need to be considered the same as our children,” Laursen said. “There [were] many that were in the old folks’ home or the nursing home or such and you couldn’t go visit them [during the COVID-19 pandemic]. That was a big deal.”

The amendment would prevent health orders from limiting “a caregiver’s right to the care, custody and control of a vulnerable adult.” The term “caregiver” refers to either:

“Vulnerable adult” in Wyoming law means anyone 18 years of age or older “who is unable to manage and take care of himself or his money, assets or property without assistance as a result of advanced age or physical or mental disability.”

“I think this is a step too far,” Rep. Pat Sweeney (Natrona) said. “This is totally politicizing. I just don’t think this is the right step that we should be looking at.”

Rep. Landon Brown (Laramie County), noted that the Senate recently rejected several nominees Governor Mark Gordon recommended to serve on the state’s Environmental Quality Council and on the Water Development Commission. All three nominees were Democrats nominated to serve on bodies that require members from both political parties, WyoFile reported.

Brown said he thinks the people who were rejected in those Senate confirmation hearings were “some very qualified people.” He said he had concern that the Senate might politicize the selection of a state health officer.

“We have the medically trained folks and we have the elected folks,” he said.”I’m having some concern about the elected officials imposing their authority in these critical times in terms of medical issues.”

“If you believe that you could do the job better, well go get a medical degree and become a state health officer…What’s broken? what are we really trying to do here?”

“The health officer has taken on a lot of political issues,” he said. “Closing down businesses, things of that nature. Those are political questions.”

Hallinan said that since he thinks the state health officer has the power to deal with such issues, he thought it would be appropriate for the Senate to have some oversight of who can serve in the position.

Rep. Dan Zwonitzer (Laramie County) said that he likes the concept of requiring a Senate confirmation hearing, but that if that it is “too warm of a time to do this.”

He said that “there are a lot of angry people out there” and that if the proposed Senate hearing were to become law now “it will be a referendum on our state health officer.”

Rep. Mark Jennings (Sheridan) took the opposite view: “I think this is exactly the time.” He said that the health orders during the COVID-19 pandemic were considered “abuse” by a lot of citizens.

Gray said that the amendment would not take effect immediately so it wouldn’t necessarily lead to the situation Zwonitzer alluded to. He also argued that the Senate confirmation was less of a restriction on the state health officer than other concepts included in House Bill 127: “On the spectrum of reforms, I think this one is pretty tame.”

The House defeated the proposal to require a Senate hearing to confirm governor’s nominee for state health officer.

Gray’s amendment also proposed adding language into state statute which would clearly give the governing bodies municipalities and counties the authority to remove local health officers.

He said that in Wyoming’s more populous communities, health officers tend to be governed by a health board which has the power to oversee the actions of a health officer, but that there isn’t a clear way for a board of county commissioners or a municipal governing body to remove a health officer in such situation.

Gray’s amendment would create a process whereby a health officer could be removed: “The governing bodies of each political subdivision participating in the district may jointly act to remove a district health officer by a majority vote of each governing body voting separately.”

Rep. Hans Hunt (Niobrara, Weston, Goshen) said that he thinks boards of county commissioners already have the authority to remove a health officer and that the amendment may be unnecessary. Hunt said that since he supports the other concepts of House Bill 127, he was against the amendment: “I don’t want to run the risk of losing the bill as a whole with all the changes.”

The House defeated the amendment. They then passed House Bill 127 on a third reading vote of 58-2:

The new limitation would prevent such orders from remaining effective for more than ten days. Any extension of such orders could only be issued if:

The legislation would take effect on July 1, 2021 if it becomes law.

House Bill 127 will move to the Senate for consideration.

The legislation is sponsored by: