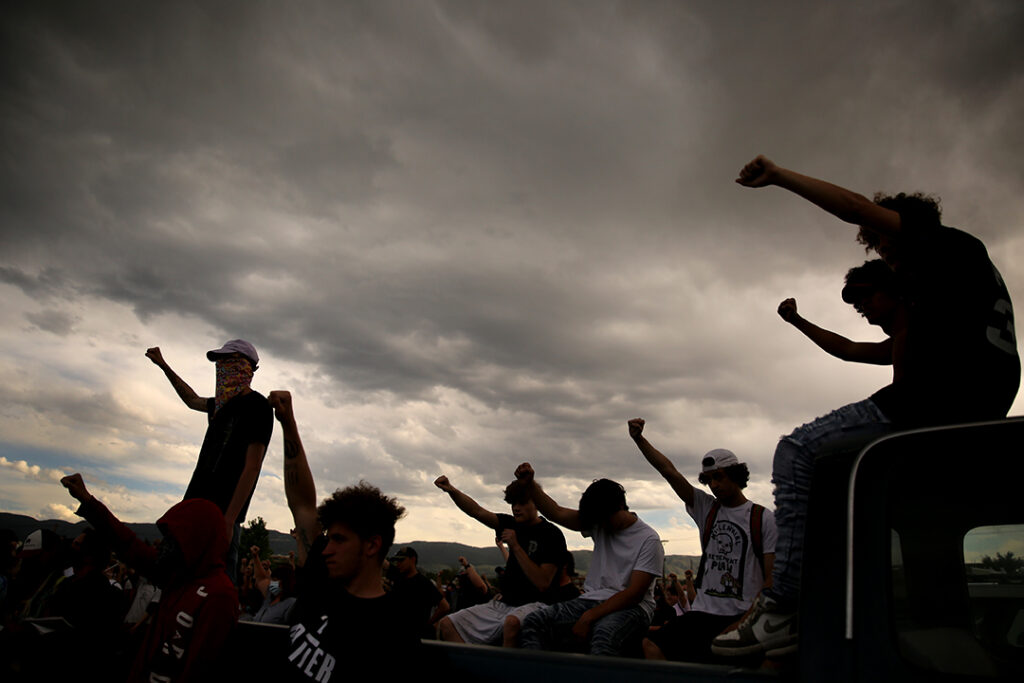 People raise their fists in solidarity as they stand silently for nearly 9 minutes, the amount of time George Floyd was held under the knees of Minneapolis police officers when he died. (Dan Cepeda, Oil City)

CASPER, Wyo. — The Wyoming House of Representative defeated House Bill 247 on a third reading vote of 20-40 on Wednesday. The legislation would have prohibited the hiring of law enforcement officers “with a history of serious misconduct.”

The failed legislation defined “serious misconduct” as “improper or illegal actions taken by a peace officer in connection with the officer’s official duties that could result in a miscarriage of justice, including but not limited to a conviction of a crime, unlawful acts of discrimination, fabrication of evidence, excessive use of force, acceptance of a bribe or fraud.”

The legislation would have prevented law enforcement agencies in Wyoming from hiring someone if:

The House amended the bill on second reading to also prohibit the hiring of someone who had “voluntarily relinquished their peace officer certification “while under investigation for serious misconduct and the [Peace Officer Standards and Training Commission] ultimately found that the person engaged in serious misconduct.”

The legislation would have required that officers who are dismissed, resign or retire have their peace officer certification revoked if the person was dismissed for serious misconduct or under investigation when they resigned or retired. It would have given such individuals the right to appeal the revocation of their certificate.

The legislation would also have required any law enforcement agency that investigates and finds that an officer engaged in serious misconduct to submit a report to the Wyoming Peace Officer Standards and Training Commission to be kept on record.

The bill was sponsored by: