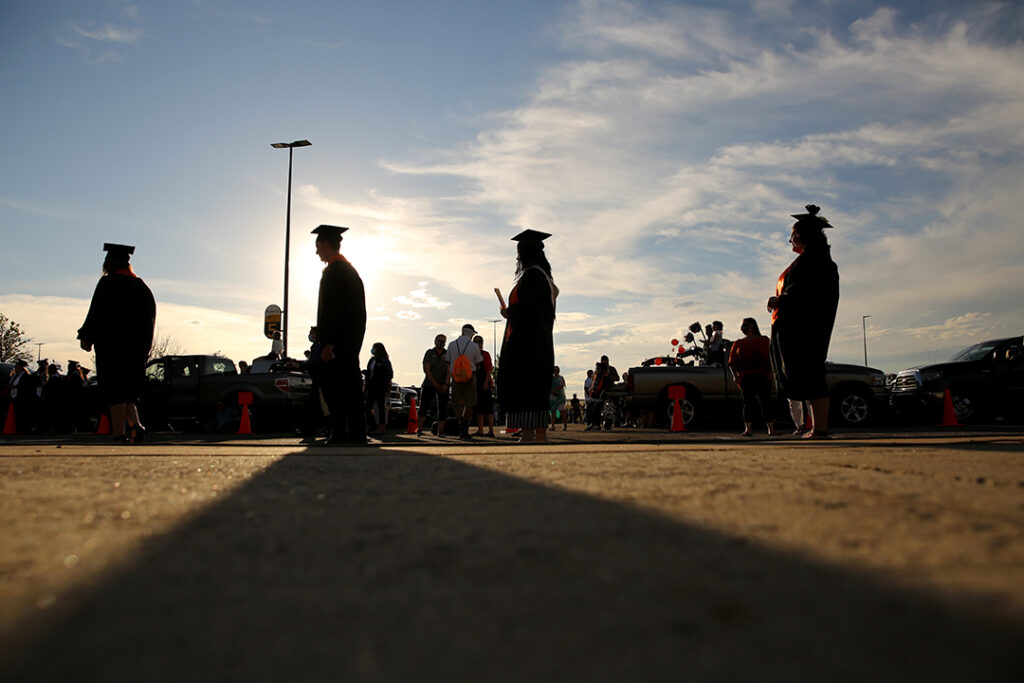 CASPER, Wyo. — The Wyoming House of Representatives passed House Bill 173 on a third reading vote of 41-19 on Tuesday, the House’s effort to solve the state’s K-12 education funding deficit.

The Senate passed their attempt to address the education deficit on March 18. Senate File 143 passed the Senate on a third reading vote of 24-6.

While neither bill has yet become law, they would have different implications for school districts, as the Natrona County School District Board of Trustees discussed on Monday.

The need to address the K-12 funding deficit comes amid declining energy production in the state.

The legislation originally proposed a “penny for education” sales tax which would be triggered only of the state’s “rainy day” fund were to drop below a balance of $650 million.

“The sales tax, which was amended down from a full percent, provides an ‘insurance policy’ that the state will be able to appropriately fund education in the event that the rainy day fund approaches its statutory minimum balance ($500 million), at which time it would no longer be able to backfill revenue shortfalls,” the press release states.

House Revenue Committee Chair Steve Harshman (Natrona) explained the concept of the sales tax for education: “The potential sales tax increase is a necessary measure to ensure that if our revenues do not improve, we will still be able to provide a high-quality education to our young people. It applies only if income from existing revenue streams does not improve enough to close the gap. Wyoming has the third-lowest sales tax in the country. No one wants to raise those unnecessarily. This option would only be implemented if necessary to provide one of the most critical services, education. I think all Wyomingites generally agree that our kids and our schools are worth half a penny.”

The legislation seeks to address the K-12 education funding deficit in other ways. It would provide health insurance benefits only to teachers and administrators who are actually employed. Under the existing school funding model, the state pays block funding amounts based on a calculated number of educators and administrators “even though there are fewer employees than the model projects and about a quarter do not opt-in to benefits.”

“The reduction, which would be phased in over three years, will reduce K-12 funding by more than $80.5 million cumulatively over the first three years,” the press release from Sommers states.

The bill would also re-direct funding from severance taxes and investment income from state savings to provide up to $70 million annually toward education.

The bill would also allocate up to $243 million from funding the state would receive from the American Rescue Plan which passed in the U.S. Congress this month. That funding would be directed toward K-12 education for three years and would reduce the amount of savings the state would need to dip into to fund education.

“However, the State must be careful not to reduce funding to education in a manner that jeopardizes these federal funds,” the release states. “Wyoming must comply with a maintenance of effort or lose the funding.”

Wyoming’s Constitution also requires that the legislature fund education equitably “adequate to the proper instruction of all youth in the state.”

The House bill saw 38 amendments proposed during its time in the House.

“This bill has been meticulously vetted and fine-tuned to ensure it creates a sustainable solution to fund our schools,” said Rep. Evan Simpson (Lincoln). “These are difficult decisions, but it is the right policy to ensure we can provide a good education for future generations. We look forward to working with our colleagues in the Senate to get this bill past the finish line.”

Speaker of the House Eric Barlow (Campbell, Converse) added: “House Bill 173 addresses the education deficit from every angle. This creates a multi-pronged solution, because we cannot close the systemic funding problem by cuts or taxes alone.”

Sommers also weighed in: “The bill was thoroughly debated and amended to meet our education system’s needs. It was passed by the House with bipartisan support and an overwhelming majority, because it puts good policy ahead of politics.”