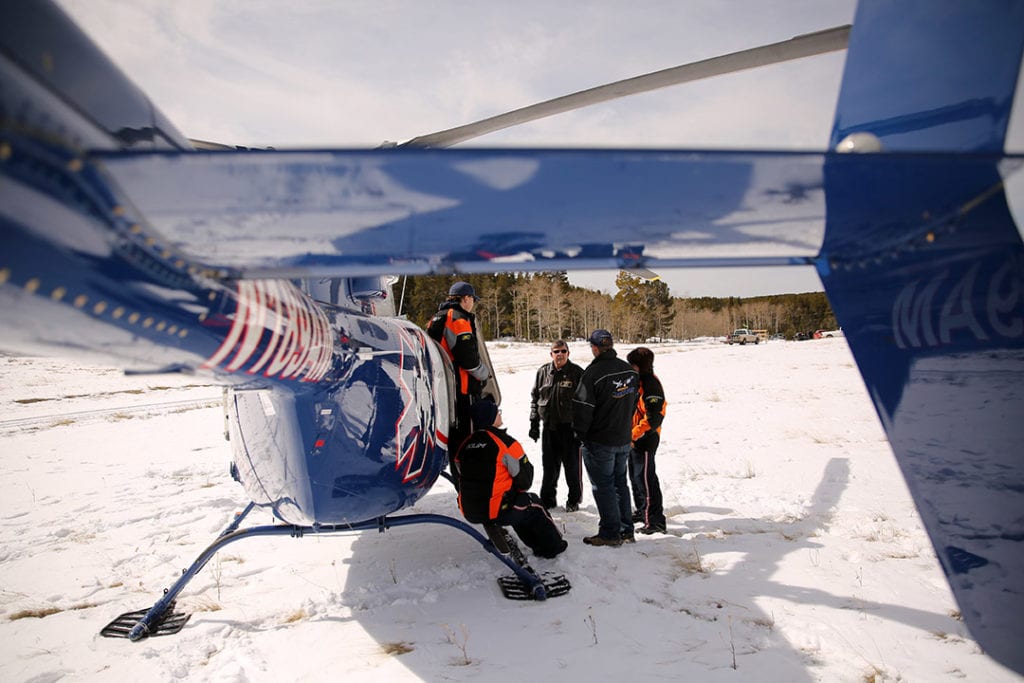 CASPER, Wyo. — The Wyoming Senate passed House Bill 07 on a third reading vote of 22-7 on Thursday but if the legislation were to become law in its current form, it may be doomed by federal law that limits state’s ability to regulate air ambulance services.

The United States Public Interest Research Group reported on Wednesday that: “This month, the 8th Circuit Court of Appeals struck down a 2017 North Dakota law  that had banned ‘air ambulance memberships,’ bringing an end to a years-long fight between air ambulance companies and the state.”

With the cost of medical transport via air ambulance “often ranging” from $25,000-$75,000 the legislature passed House Bill 194 in 2019. That legislation included provisions seeking to allow Medicaid to cover air ambulance services (a provision which was rejected by the Centers for Medicare & Medicaid Services)

More pertinent to the Senate’s debate on Thursday was a provision of House Bill 194 which classified air ambulance membership subscription plans as disability insurance. That classification required air ambulance service providers to register with the Wyoming Department of Insurance in order to operate in the state, as required of insurance providers under Wyoming Statue 26-3-101.

Sen. Cale Case (Fremont County) said that before that legislation took effect, there were more companies selling air ambulance service memberships which he said were “very important to folks in central Wyoming.”

Case said that after the law took effect which required air ambulance service providers to register as insurance carriers, only one company did so and the others stopped selling memberships in Wyoming.

After that happened, he was contacted by a number of constituents who were worried about losing their memberships. Case said that while there has been some concern about the concept of air ambulance memberships being a ruse to get around being regulated as an insurance provider, the constituents who contacted were well aware of what they were purchasing from the air ambulance service companies.

“The Town of Dubois, a benefactor, bought it for the entire town,” Case said.

He said that senators from larger communities might not understand how important the service the air ambulance companies used to provide was to people in the Wind River and Bighorn Basins.

“Everybody that gets a toenail fracture has to be flown out,” Case said. “They are afraid.”

House Bill 07 in its initial version aimed to change the rules again so that air ambulance membership organizations would not be required to register as insurance providers. But the bill has seen multiple amendments in both the House and Senate.

A Senate standing committee amendment which would allow the Wyoming Insurance Commission to oversee air ambulance service providers and require that they show they are not at risk of financial insolvency.

While such a provision aims to protect consumers, some senators who support the concept nevertheless argued against it because it could potentially lead to the legislation being thrown out under court challenges.

While the Senate adopted that standing committee amendment on first reading, Case offered an amendment on third reading to reverse that amendment.

House Minority Floor Leader Chris Rothfuss said he wanted to support the consumer protections provided under the standing committee amendment and wants air ambulance service providers to be regulated, but said he thought the provisions should be removed so that the state wouldn’t put itself in a position where they would likely lose a challenge in the courts.

Rothfuss said that the 8th Circuit Court of Appeals opinion was frustrating to him in that it treats air ambulance companies which provide service via “memberships” as something different from providing insurance. He said he doesn’t buy the argument that membership organizations should be treated differently.

But since the courts would likely decide against Wyoming’s rights to offer the consumer protections proposed under the amendment, he was in favor of removing those provisions from the bill.

Sen. Dave Kinskey (Sheridan, Johnson) argued against removing the consumer protections under the amendment. Like Rothfuss, he expressed skepticism toward the notion that “membership” is not just “insurance” under a different name.

Kinskey said that air ambulance membership organizations should be able to guarantee to customers that they can provide the service for which they are selling memberships.

Sen. James Anderson (Natrona) said that is not always the case.

“It isn’t a matter that the air ambulance won’t come and get you,” he said. “It is a matter that you’ve paid these dues into these organizations…..and when the time comes they are not there for some reason [financial or otherwise].”

Sen. Drew Perkins (Natrona) said that air ambulance services is required under federal law to provide service to people regardless of their ability to pay, but that they can still bill such people for their services.

He noted that the limits on the state’s ability to regulate air ambulance is due to the Airline Deregulation Act and air ambulance’s status as federally licensed air carriers.

Sen. Charles Scott (Natrona) said he thinks the bill with the standing committee intact could succeed against legal challenges. He said that the legislation would not be regulation of air ambulance services but would rather be limited to regulating the insurance aspect of such services.

He said he thinks this may be allowed due to the McCarran-Ferguson Act which aimed to ensure that insurance coverage was something states could regulate.

Perkins argued against passing the legislation at all since it could give a “false sense of security to citizens” that the state has figured out a solution to allowing air ambulance membership services to work under state regulation: “It won’t work.”

Sen. Tara Nethercott (Laramie County) also argued that the legislation itself is likely to be found unlawful. But she argued against removing the standing committee amendment that adds consumer protections because “they are the reason why the bill was brought forth.”

Nethercott said that while some air ambulance services act in good faith to customers, she thinks others have acted in ways that are not good for consumers.

“We need those protections to protect the citizens of Wyoming,” she said.

Case said that membership-based air ambulance service is different from insurance because if a company stops being able to provide the service, customers simply stop having to pay their membership fees. He said that is different from a situation in which an insurance company is unable to financially cover costs of something like health care or property damage.

“I’m afraid if we don’t pass it with this amendment, this is going to blow up and we’re not going to help those people that want to be able to buy those memberships,” he said.

Sen. Tim Salazar (Fremont) said he has received “almost hundreds of calls” from seniors and others who want the air ambulance memberships. He said that Case’s amendment should be adopted and the bill passed “for my seniors to once again be able to purchase that incredibly necessary purchase if they want.”

But the Senate defeated Case’s amendment, leaving the standing committee amendment which includes provisions for air ambulance service providers to show they are financially solvent intact.

Scott argued that the Senate should pass the bill despite the potential legal challenges as it includes a general severability clause so that if a challenge to one aspect of the bill were to be upheld in court, it wouldn’t mean that all other provisions of the bill would immediately be tossed.

He said that with the legislature having passed House Bill 194 in 2019, he thinks it is “clear we can do some things to regulate the memberships.” Scott said he thinks it is important that regulations on organizations selling memberships be in place: “Some of the ones that were being sold previously were being sold to people who could not use them which I think is a disgrace.”

Nethercott was less optimistic the bill could withstand legal challenges.

“The issue really is that the federal law, the Airline Deregulation Act trumps or pre-empts any state law regulating air service,” she said.

“The law has interpreted air ambulance service companies to be air service providers…That’s how it is and it can’t be changed with this legislation.”

Salazar said that even if legislation is unable to succeed on the issue this session, he and others such as Case are committed to continuing “to fight on this issue.”

Case asked that the Senate keep the bill alive to give it a chance to see further amendments. Since the Senate adopted amendments to the bill which originated in the House, the House would need to concur with changes the Senate made or could further work the bill until the two chambers come to an agreement.

“I know that i don’t want to go back home and say that I have absolutely nothing.”

Anderson agreed: “Let’s pass it and get some more alternatives for our citizens.”

Nethercott said she would work to try to come up with a workable solution, but that she thinks there are serious limitations to what can be done with the bill.

The Senate voted 22-7 to keep House Bill 07 alive on third reading. The vote was as follows: