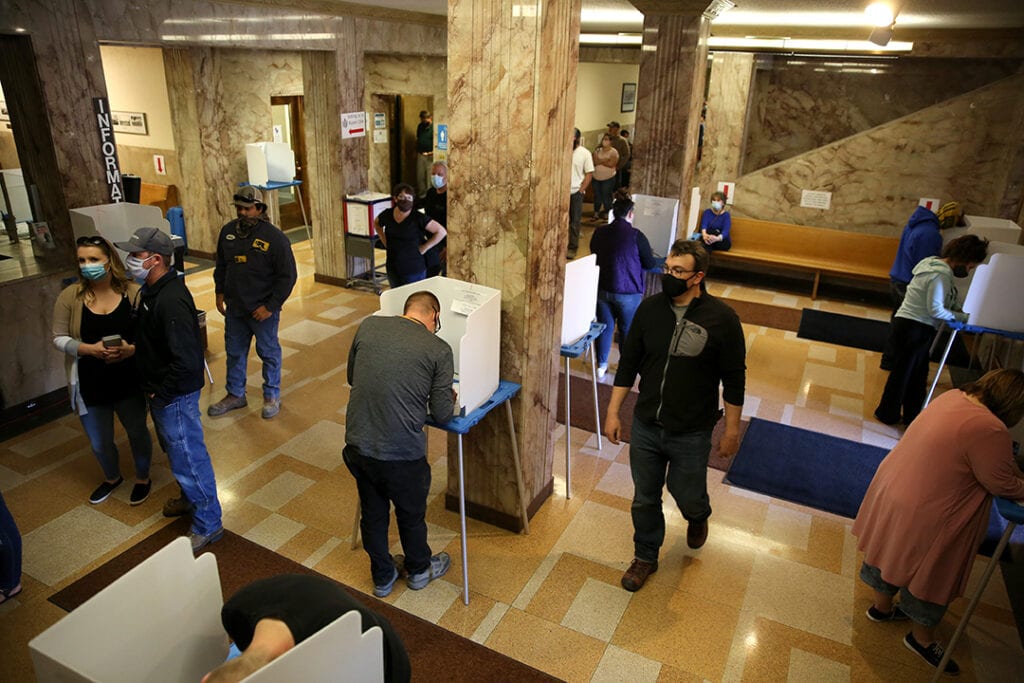 CASPER, Wyo. — The Wyoming Senate passed House Bill 75 on a third reading vote of 28-2, legislation which would require voters to show photo identification at the polls.

Because the Senate adopted an amendment to the legislation, the bill will move back to the House of Representatives for a concurrence vote. The Senate added an additional form of acceptable voter ID on a first reading amendment.

That amendment added Medicaid cards as an acceptable form of voter ID. This type of identification would only be valid for voting purposes until Dec. 31, 2029.

Should the House agree to the change and should the bill be signed into law by Wyoming Governor Mark Gordon, voters would be required to show one of the following forms of ID in order to vote:

The bill would allow people who don’t show a voter ID before voting at the polls to still cast a provisional ballot, giving them an extra day to present documentation of their eligibility to vote in the state.

The Senate’s 28-2 vote on Thursday was as follows: