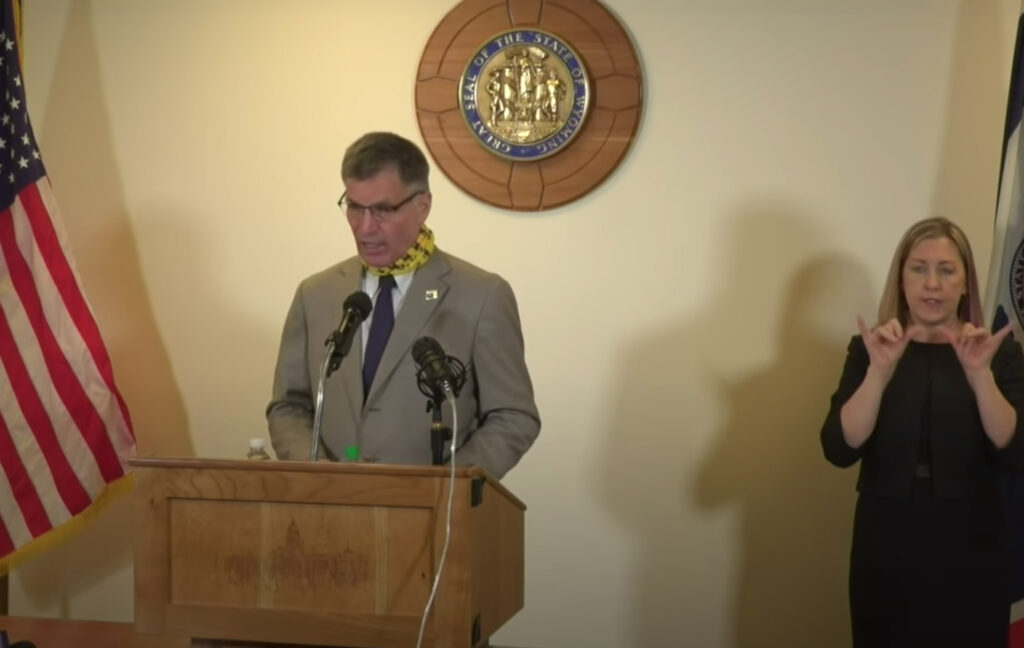 CHEYENNE, Wyo. – Governor Mark Gordon took action on 11 bills on Friday, April 2, one of which he vetoed. The Governor signed the following bills into law:

The Governor vetoed the following bill:

In a letter to Secretary of State Ed Buchanan, Gordon explained that the bill seeks to correct an anomaly: Wyoming is the only state that does not require veterinary students to return and serve in the state.

Though Gordon said he generally supported the bill’s aim to correct that oversight, but found that the impacts would fall “arbitrarily and somewhat capriciously” on current seniors in the Veterinary Program.

A copy of the Governor’s veto letter can be found here.