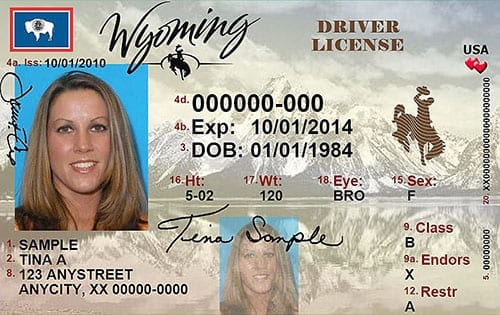 CASPER, Wyo. — The Wyoming Legislature have passed House Bill 254 which would impose an additional $5 fee on top of the cost of various driver’s license and learner’s permit fees in the state in order to help pay for the replacement of an aging transportation information record system.

The state’s current Revenue Information System (RIS) provides “services to our citizens related to driver licenses, driving records and vehicle registration” and relies on “antiquated” COBOL technology developed in the 1980s, according to the Wyoming Department of Transportation.

The cost to replace the system is estimated at around $80 million, which has ballooned by $10 million since estimates in spring 2020.

The system is used by law enforcement agencies across the state as well as county clerks and treasurers offices in all 23 counties. WYDOT says that several federal agencies and third-party vendors also contract to use the system.

As House Bill 254 worked through the Wyoming Legislature, it saw a number of amendments in both chambers. Because the bill started in the House of Representatives, it had to return to the House after the Senate passed the bill on third reading.

But the House’s initial concurrence vote failed 3-54, sending the bill to a Joint Conference Committee to try to come to an agreement both chambers could live with.

Both chambers agreed to the Joint Conference Committee changes on Wednesday, April 7. The House’s 32-22 vote was as follows:

The bill as amended will move to Gordon’s desk for consideration. The legislation would create a special account to deposit funding to replace the aging computer system. In addition to fees for the system imposed on top of driver’s license fees, the legislation would allow donations, grants and federal funds to go toward updating the system.

Some fees which would otherwise go toward the motorcycle safety education program account would instead go toward replacement of the computer system.

The legislation would require the Wyoming Department of Transportation to replace the computer system by July 1, 2027.