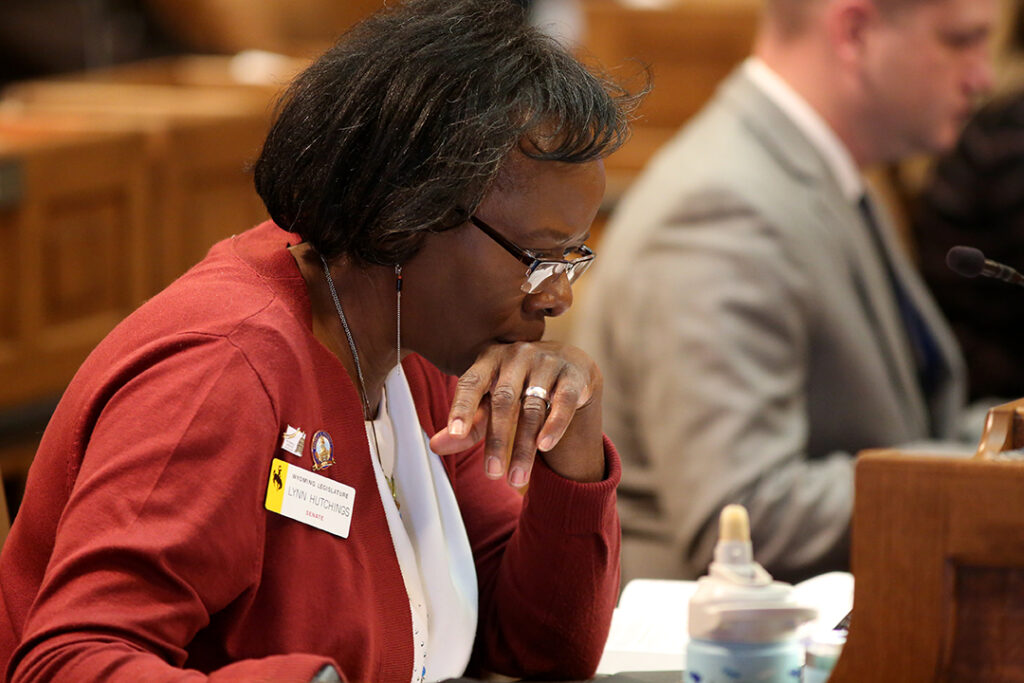 CASPER, Wyo. — Wyoming Governor Mark Gordon signed Senate File 96 into law on April 6, a new law which will make violence against pregnant women that result in an unborn fetus’s death a first or second-degree murder offense, separate from any charges relating to violence against the mother.

Sen. Lynn Hutchings (Laramie County) celebrated the passage of the legislation in a press release Thursday.

“There are two victims in violent crimes against pregnant women—the mother and the child,” Hutchings, who introduced the legislation, said. “This law recognizes the human life of unborn children and affords them equal justice under the law. If a child in the womb is killed in an act of violence, it will now be punishable as what it is, murder, rather than a footnote to a crime.”

Similar legislation passed at the federal level in 2004, recognizing embryos or fetuses in utero as legal victims if they are injured or killed in acts of violence. The press release notes that Wyoming is the 39th state to enact state level protections along these lines.

Hutchings said in the press release that the issue is personal for her with a cousin having been murdered by her spouse while pregnant in 1969. The release notes that former Wyoming Rep. Kathy Davison’s pregnant daughter was murdered by her husband in 2009.

“Davison introduced legislation that enhanced the second-degree murder penalty when a person is found guilty of killing a spouse known to be pregnant,” the release states. “The enhancement did not apply to first-degree murder, which can carry a life-sentence charge.”

“She also introduced a bill to remove a person’s parental rights if they are found guilty of murdering a spouse. Both pieces of legislation were signed by then-Governor Dave Freudenthal.”

Senate File 96 builds on the criminal penalties established under the legislation introduced by Davison “by treating the death of an unborn child caused by violence as first- or second-degree murder, determined by premeditation, separately prosecutable from charges for crimes against the mother.”

“This law signals Wyoming’s commitment to protecting the value of every human life,” Hutchings said. “It sends a strong and unmistakable message to those who would do harm to a pregnant woman that they will be held to justice for their crimes, not only against the mother but also against the child.”

The release cites research from the Centers for Disease Control and Prevention that homicide accounts for one in five deaths among pregnant women and that pregnant women are more likely to be murdered than die from health complication.

“No person should have to live in fear of violence, but for many pregnant women it is a reality,” Hutchings said.  “I am proud of my colleagues for passing this important piece of legislation and the governor for signing it into law.”

“By the same measure, my heart goes out to the families across Wyoming and the country who have been affected by violent crime. I know the deep sorrow and pain it leaves with their loved ones.”

Senate File 96 initially passed the Senate on a third reading vote of 26-4 on March 11:

The bill then passed the House of Representatives on a third reading vote of 50-9 on March 31:

Because the House adopted amendments to the bill, the legislation returned to the Senate for a concurrence vote which passed 27-3 on April 1: