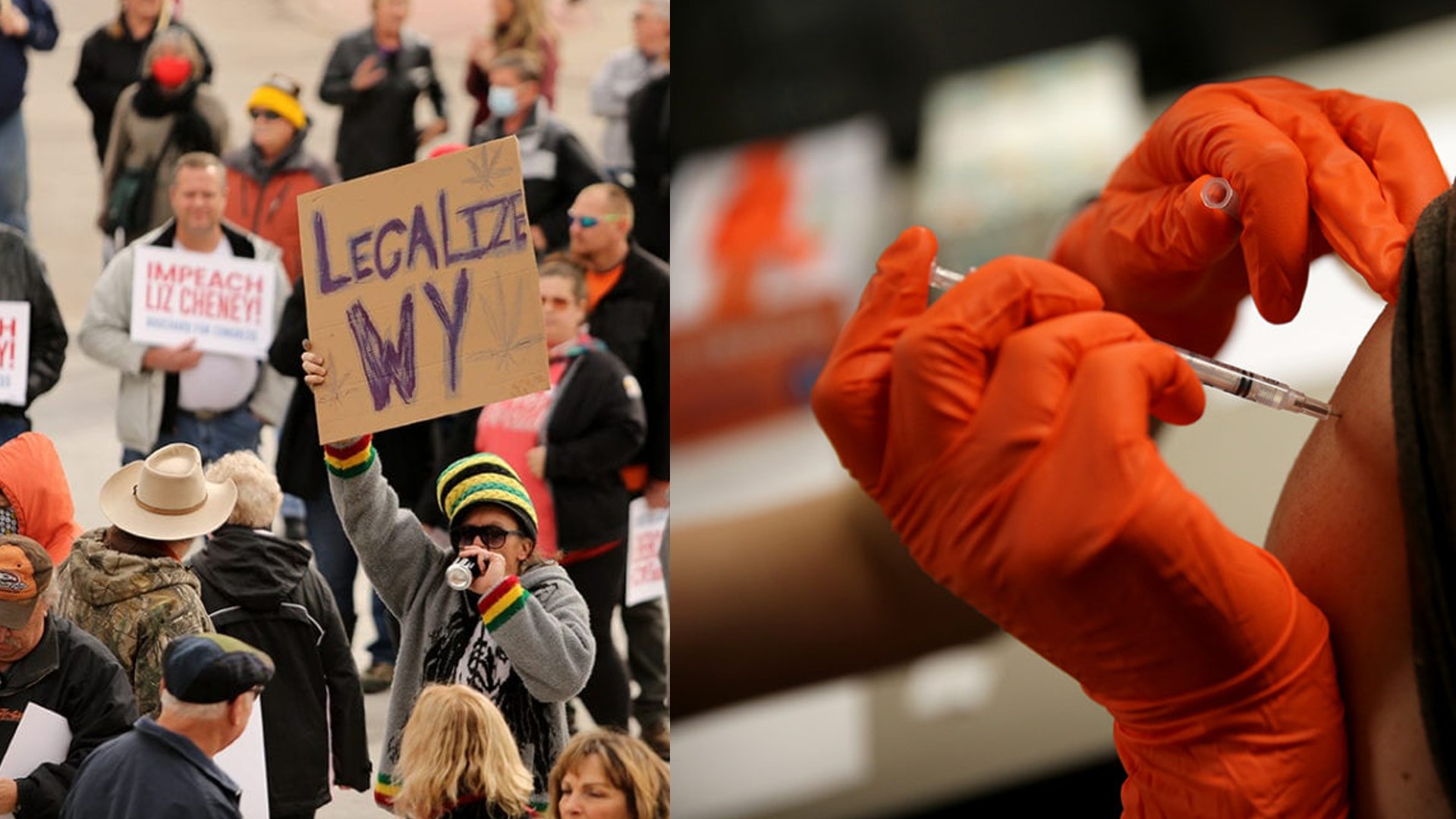 CASPER, Wyo. — Some Wyoming legislators and citizens are calling for the legislature to hold a special session to prevent the Biden administration’s vaccine mandate, which could prevent nearly 100 million Americans from applying in Wyoming.

The Biden administration announced the mandate in September with the rule expecting that employers with more than 100 employees require those employees to get vaccinated against COVID-19 or submit to weekly COVID-19 testing, according to the Associated Press.

The new mandate is awaiting federal emergency standards that are expected to be enforced through the U.S. Department of Labor’s Occupational Safety and Health Administration (OSHA). OSHA has not yet released the guidance that would make Biden’s vaccine mandate take effect.

After the mandate was announced in September, Wyoming Governor Mark Gordon and leadership of the Wyoming Legislature expressed interest in taking steps to limit the perceived federal overreach of the vaccine mandate. The state is taking steps to oppose the vaccine mandate in the courts and the legislature is also looking at the possibility of holding a special legislative session in October aimed at limiting the rule’s impact in Wyoming.

Pending analysis of OSHA’s emergency standards for the vaccine mandates, bills would be drafted to fight the mandates in Wyoming should a session be held.

“I wanted to update everyone about the special session vote,” Gray said on Wednesday. “We have received notification that we have successfully received over 35% of the votes in the first round of balloting. Next week, we will now proceed to the second round, where we need a majority.”

Legislators are being asked to consider convening the special session from October 26-28. Gray said he would like to see the special session move forward in order to have a bill banning vaccine mandates pass prior to Banner Health’s (which operate the Wyoming Medical Center) deadline requiring employees get fully vaccinated by November 1 takes effect.

“I urge you all to call for a special session to address any prospective vaccine mandates,” Gillette citizen Mark Junek told the committee. “I urge you to be proactive rather than reactive to whatever the Biden administration decides to do.”

Sen. Cale Case (Fremont County) expressed hesitation that the legislature is the appropriate channel for Wyoming to oppose the mandate.

While Case floated the idea that Wyoming could cover the cost of any fines private employers might face through OSHA, he also said he did not think that would be an option under the Wyoming Constitution.

“It is not that I like mandates … but I don’t see a role for the legislature in this that can be successful,” Case said, noting that he supports the legal action the state is engaging in to oppose the mandate.

Douglas citizen Jim Creasor said that he thinks Wyoming can oppose the federal vaccine mandate on similar grounds to how other states have ignored federal marijuana prohibitions.

“Marijuana is illegal at the federal level but about half the states in our country have nullified it,” Creasor said. “If Colorado can nullify federal marijuana law, we can nullify vaccine mandates. There is no reason why we can’t. It is called nullification. It has been used in this country forever.”

Case pushed back against the idea that Wyoming will be able to successfully ignore the federal rule through nullification.

“I think on the marijuana question, I think what has really happened is I think the feds have caved in on that,” he said. “There wasn’t a legal determination that states were superior to the feds.”

Case said he has doubts that the federal government will turn a blind eye to states that choose to ignore the vaccine mandate.

“The marijuana laws are not nullification,” Case said. “It is just a situation where the feds are looking the other way and I’m glad they are because I don’t think the feds need to pick every state to fight. But this one is different.”

Creasor said that he thinks that if enough states oppose the federal mandate, the federal government may look the other way as it has in regard to marijuana legalization at the state level.