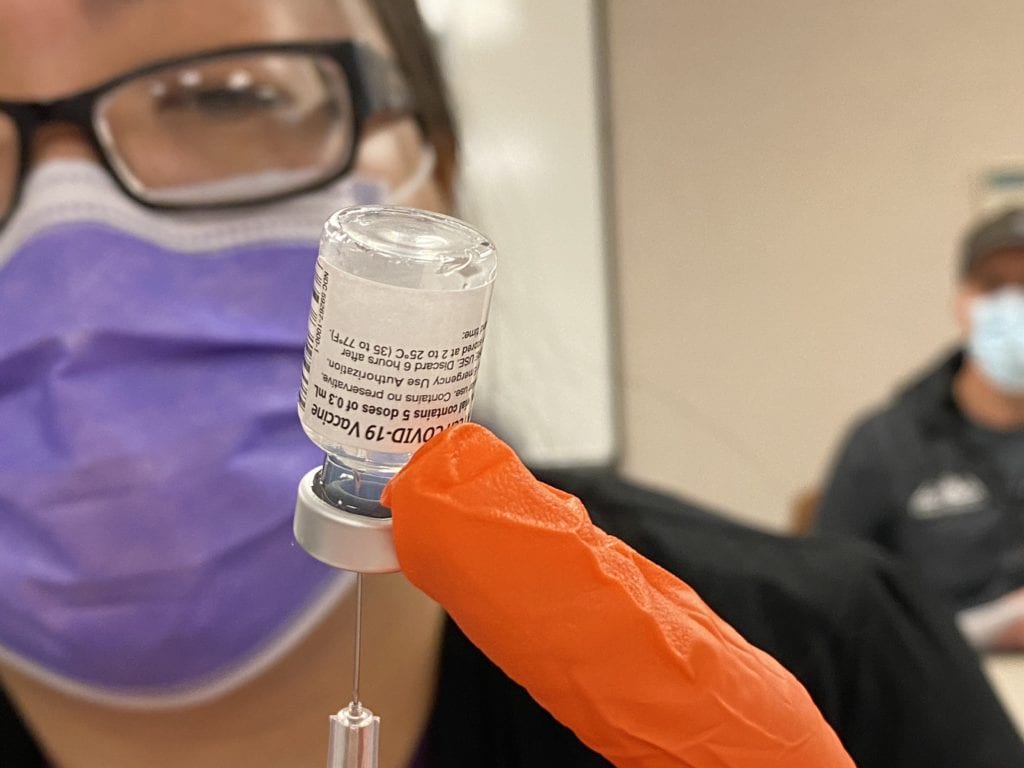 CASPER, Wyo. — Members of the Democratic Caucus of the Wyoming Legislature all plan to vote against holding a special session that would aim to address what some perceive as overreach of the forthcoming vaccine mandates that have been announced by President Joe Biden’s administration.

Wyoming Senate President Dan Dockstader and Speaker of the House Eric Barlow have committed to holding a special session if a majority of members of the legislature vote in favor of holding one. The proposed special session would likely begin on October 26 in order to consider a limited number of bills aiming to limit the impact of the forthcoming vaccine mandate. Votes from legislators are due by 5 p.m. Thursday.

The vaccine mandates will be administered through the Occupational Safety and Health Administration, but OSHA has yet to finalize the rule. It is expected to apply to employers with over 100 employees. Those employers would be mandated to require that their employees get vaccinated against COVID-19 or submit to weekly COVID testing.

The Democratic Caucus said in a letter to Dockstader and Barlow on Tuesday that its members plan to vote against both the special session and any proposed rule changes that could be proposed to accommodate the session.

The caucus said that members of the legislature in support of the special session want the session to be held to consider legislation only to address the forthcoming vaccine mandate.

“However, there are no current rules of the Wyoming Legislature to bind us to discussing only specific bills or to operate within specific parameters,” the letter states. “Instead, our rules require a two-thirds vote of duly elected legislators to agree upon a set of rules different from the ones that currently govern the 66th Legislature.”

The caucus said that the special session could cost about $25,000 per day. In addition to concerns about this cost, the caucus cited the fact that OSHA has yet to release final rules for the mandates as a reason why the special session shouldn’t be held. Another factor for the caucus is the Supremacy Clause of the U.S. Constitution, which establishes that federal law takes precedent over state law.

“The Democratic Caucus firmly believes that a special session is not necessary, that the proposed rules would violate the spirit of our deliberative public legislative process and that passage of these votes would only serve to create an opportunity for grandstanding instead of constructive problem solving. Therefore, we will vote ‘NO’ on the poll calling a special session and if we are called into a special
session, we will vote ‘NO’ on new rules.”