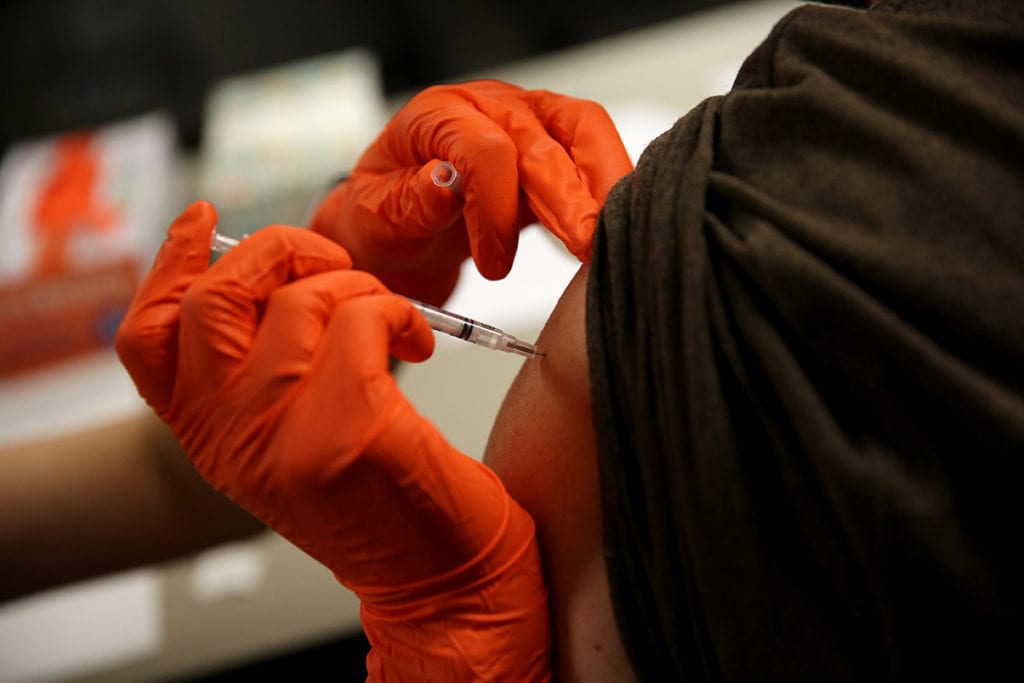 CASPER, Wyo. — The Wyoming Legislature will hold a special session from October 26-28 in order to consider legislation to limit the impact from vaccine mandates issued by the administration of President Joe Biden.

However, the rules for the forthcoming vaccine mandate are not yet finalized. In September, Biden directed the Occupational Safety and Health Administration (OSHA) to implement his mandate and require employers with 100 or more employees to require workers to either get vaccinated against COVID-19 or submit to weekly COVID testing.

OSHA has submitted the temporary rules to White House Office of Information and Regulatory Affairs for review, but it is unclear how long that review will take, according to Bloomberg Law.

When the Wyoming Democratic Caucus announced last week that all of its members would vote against holding the vaccine mandate-focused special session, it cited the fact that the rules have not yet been finalized as one reason for members’ opposition.

The caucus also said that the special session was expected to cost about $25,000 per day and also said that federal law takes precedent over state law, citing the Supremacy Clause in the U.S. Constitution.

The Wyoming Legislature’s website states that further information about the upcoming special session will be released on Thursday. Oil City reached out to Senate President Dan Dockstader and Speaker of the House Eric Barlow via email on Monday requesting more information about the special session, but did not receive replies as of 11:25 a.m. Tuesday.

Dockstader and Barlow issued a joint statement last week committing to hold the special session if a majority of members of the legislature were to vote in favor of holding one.

Oil City also reached out to Gray via email on Monday seeking details about the legislation he plans to propose during the special session, but has not received a reply as of 11:25 a.m. Tuesday.

The Wyoming Democratic Caucus said in its letter to Dockstader and Barlow that it has concerns that the special session will not remain limited to the specific topic of vaccine mandates.

“[T]here are no current rules of the Wyoming Legislature to bind us to discussing only specific bills or to operate within specific parameters,” the caucus stated. “Instead, our rules require a two-thirds vote of duly elected legislators to agree upon a set of rules different from the ones that currently govern the 66th Legislature.”

The Wyoming Democratic Caucus said it thinks the special session will “create an opportunity for grandstanding instead of constructive problem solving.”