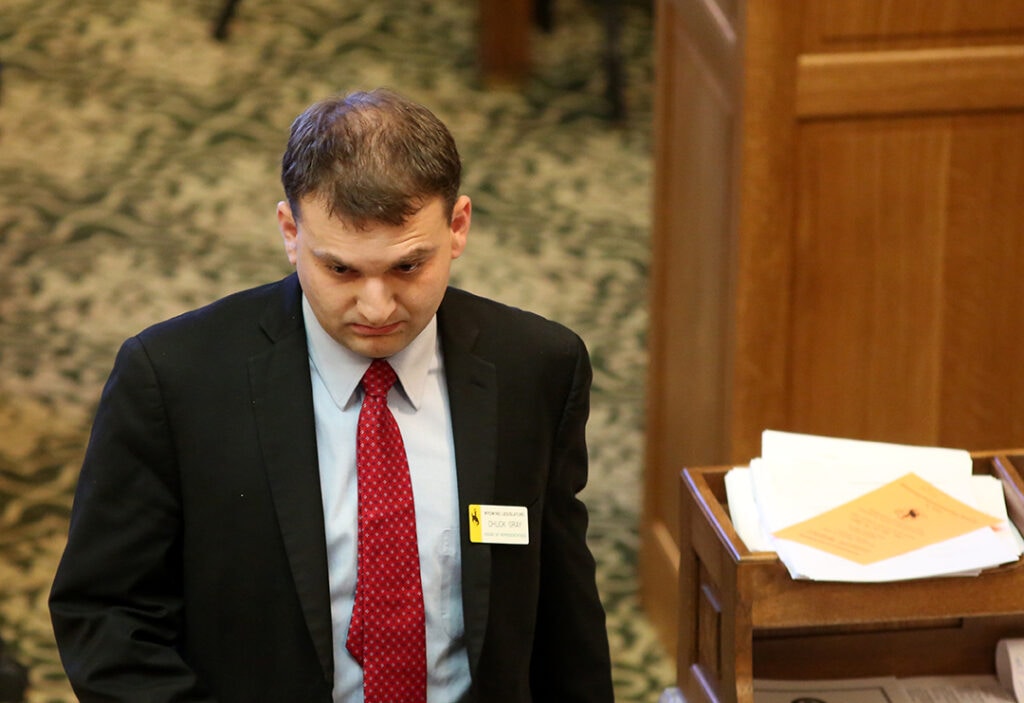 Wyoming lawmakers are deeply divided along party lines over the need for, and structure of, a forthcoming special legislative session called to fight proposed federal COVID-19 vaccination and/or testing rules.

Democrats have labeled the Oct. 26 to Oct. 28 convening a waste of time and money that could force Wyoming businesses to choose between violating either a federal or state law.

The special session will be “an undue burden to the taxpayer [and] a waste of time and resources for legislators and our staff,” minority leaders Sen. Chris Rothfuss (D-Laramie) and Rep. Cathy Connolly (D-Laramie) wrote their Republican counterparts earlier this month.

The session will weigh on Wyoming businesses “who would be forced to choose between following state OR federal law, requiring them to be in violation of one or the other,” the letter reads.

“When people are showing an interest [in a special session] we have an obligation to reach out,” he said of his decision to poll lawmakers and launch the session.

Thirty-five House members and 17 senators voted to hold the special session, enough to attain majority approval in the 60-seat lower and 30-seat upper chambers. All nine Democrats either boycotted the poll or voted against the session.

Meantime, the House and Senate Rules & Procedure Committee will debate four pages of special session rules Thursday, according to Dockstader and Speaker of the House  Eric Barlow (R-Gillette). The two committees will discuss — but not vote on — expedited procedures for the three-day session. The committee meeting will be broadcast via livestream available on the Legislature’s website.

Among other things, the proposed rules would give majority floor leaders the authority to propose bills for consideration, call for mirror bills to advance in the House and Senate simultaneously, limit committee discussion and legislators’ speaking time and otherwise condense the process of enacting legislation.

Convened to address what Dockstader and Barlow called  “a critical situation … relating to COVID-19 vaccine mandates,” the special session seeks to counter pending temporary federal emergency standards expected to be enacted by the Occupational Safety and Health Administration. President Joe Biden’s COVID-19 Action Plan calls for that agency to enact standards to require all employers with 100 or more workers to have employees produce a weekly negative test result or get vaccinated.

Biden’s plan also calls for the Centers for Medicare & Medicaid Services to require the vaccination of workers in most healthcare settings that receive Medicare or Medicaid reimbursement.

The Wyoming Department of Health lists 1,136 COVID-19-related deaths to date, and reports 39.1% of Wyoming’s population has been vaccinated. The New York Times puts Wyoming’s vaccination rate higher and just ahead of Idaho’s and last-place West Virginia’s.

The U.S. Census Bureau estimates 67% of Wyoming adults have had at least one shot and that residents have the most vaccine hesitancy of any state. Fully 25.3% of Wyoming adults are reluctant to get the jab, compared to a nationwide rate of 10.9%; 58.1% of those Wyomingites list mistrust of the government as a reason.

Will two-thirds agree to rules?

The special session will address federal regulations that have yet to be enacted. OSHA has submitted its proposed rules to the White House, according to Bloomberg Law, but has not yet adopted them.

Wyoming Democrats will vote against the special session rules, the party’s leaders’ letter to Dockstader and Barlow states. Current legislative rules require the new special session procedures to be adopted by a two-thirds majority, their letter says.

That suggests that the vote margins that enabled the special session — 35 of 60 in the House and 17 of 30 in the Senate, would not be sufficient to adopt a new process of expedited lawmaking.

The proposed special session rules “would rush the legislative process” and limit “the ability to work through considerations from each chamber,” the minority leaders’ letter reads. Proposed session rules would limit debate and public opportunity “to provide meaningful commentary in both chambers.

“If a bill is important, it deserves consideration through a full legislative process, including committee hearings, public participation and three separate readings by both the House and Senate,” the Democrats’ letter states.

In addition, the Democratic Caucus “firmly believes that a special session is not necessary, that the proposed rules would violate the spirit of our deliberative public legislative process and that passage of these votes would only serve to create an opportunity for grandstanding instead of constructive problem solving,” according to the letter.

Democrats also noted the Supremacy Clause of the U.S. Constitution “that indicates that federal laws override state directives.” The session would cost an estimated $25,000 a day, they wrote.

The nonpartisan Equality State Policy Center called for transparency and public participation. “A special session does not permit for the normal process of planning and participation and lawmakers must take this into account,” Executive Director Jenn Lowe said in a statement.

Republicans see it differently. Rep. Chuck Gray (R-Casper) has proposed bills to fine a business $500,000 for firing or otherwise basing employment decisions on a worker’s vaccine status, according to reporting by the Casper Star-Tribune.

Rep. Tom James (R-Rock Springs) wants a law to prevent any Wyoming public servant from enforcing any federal COVID-19 requirement for vaccination or application of nasal spray, pill or tablet, according to his Facebook page. Violators would be subject to misdemeanor charges and barred from government work and retirement benefits under his proposal.

James would prosecute federal officials, too, subjecting them to state misdemeanor charges, a year’s imprisonment and a fine if they attempt to enforce a preventative treatment, according to his Facebook page.

Republican legislative leaders Dockstader and Barlow wrote in a press release that they understand Gov. Mark Gordon continues to work on the issue and that they “support any resolution to the issues surrounding COVID-19 vaccine mandates, which ultimately benefit the people of Wyoming, however those resolutions can be achieved.”

Gordon on Wednesday called Biden’s test-or-vaccinate policy “a mandate that employers require that their employees get a COVID-19 vaccine.” In an op-ed he called the president’s bid to require vaccination of health-care workers supported by Medicare or Medicaid a “hair-brained” idea.

Wyoming Attorney General Bridget Hill, along with 23 other attorneys general, signed a letter to President Biden in September calling his plan “disastrous and counterproductive.” They went further.

“Your edict is also illegal,” they wrote.

COVID-19 has killed 729,434 in the U.S., according to Johns Hopkins University & Health.Emergency temporary standards applied by OSHA are only valid for six months, according to the Society for Human Resource Management. It quoted one employment attorney who suggested that businesses start encouraging workers to get vaccinated to make compliance easier once the federal rule goes into effect.