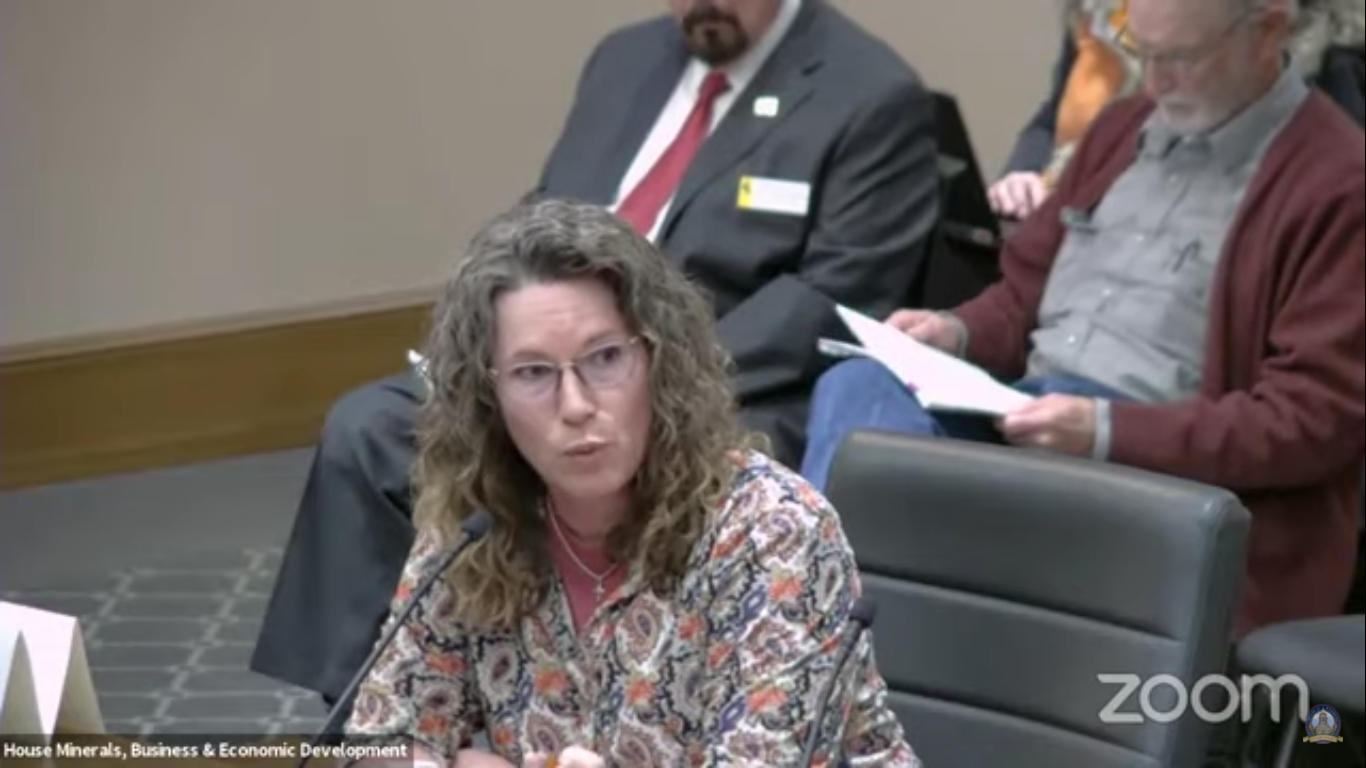 CASPER, Wyo. — Banner Health, which operates 29 hospitals across the country is requiring that all employees get fully vaccinated against COVID-19 by November 1.

In Wyoming, Banner operates the Wyoming Medical Center and hospitals in Worland, Wheatland and Torrington. Some Banner employees spoke against the organization’s handling of vaccine mandates during the Wyoming Legislature’s House Minerals, Business & Economic Development Committee meeting on Tuesday.

With the legislature convening a special session on Tuesday, the committee has been assigned to work three bills aiming to prohibit private organizations from mandating vaccines for workers.

Jacob Power told the committee that he works for the Banner Washakie Medical Center as a radiology technician. He said that he has been asked by management on multiple occasions whether he intends to get vaccinated against COVID-19 or seek some kind of exemption from the mandate.

He said that he also knows two people who work for Banner in Worland who have sought religious exemptions from the vaccine mandate and had those applications denied.

“This is discrimination,” Power said, asking the committee to work to strike down Banner’s vaccine mandate. “This is coercion. This is invasion of privacy.”

Power’s colleague Lorena Stewart, who also works as a radiology technician for Banner Washakie Medical Center, said that she has applied for and been denied a religious exemption from the organization’s vaccine mandate.

Stewart said that when she received a denial letter, it said that she had “no sincerely held belief” as grounds for denial of her exemption request. She said she finds being denied her request “almost laughable” since she has “been a born-again Christian since the age of 8.”

She added that she had previously not had a problem getting religious exemptions from other vaccine requirements during her career in health care, adding that the exemption forms Banner is using are more complex.

Stewart said that in the past, having a physician sign off on her requests for religious exemptions has been sufficient to having those accepted. She told the committee she would like to see something done to have the exemption request process “be made back simple again.”

Stewart said that she enjoyed working for Banner Health until the mandate was issued and that from her perspective, the mandate has “completely changed the atmosphere” at her workplace.

She said that she thinks the legislature should work to protect individuals rather than corporations and businesses.

“Individual rights should be so much more important than these corporations and businesses,” Stewart said.

Rep. Scott Henier (Lincoln, Sweetwater, Uinta County) asked Stewart whether there was a process to appeal the denial of her religious exemption request.

Stewart said she re-submitted an application but has not received an exemption. She said that she knows other Banner employees who have been denied religious exemptions as well and that some have been granted the exemption after submitting multiple applications.

Mary Lynne Shickich said on behalf of Banner Health that the organization has 1,629 employees at the four hospitals in Wyoming. As of Tuesday, 160 were not in compliance with Banner’s COVID-19 vaccine mandate. She said that anyone who has not been vaccinated or has not received an exemption would only be able to stay employed through the end of November.

She said that at the Banner Washakie Medical Center, 84 employees have been vaccinated, 16 have received an exemption and seven have not met the mandate.

Banner WMC CEO Lance Porter told the committee that Banner has implemented the mandate to ensure that its hospitals have enough staff to care for patients. He said that the mandate is also to help protect patients and other staff from contracting COVID-19.

Porter said that the WMC had its highest-ever patient census of 206 patients last week and saw 87 COVID-19 patients, seven of whom were vaccinated.

He said that with the hospital dealing with a high number of patients, staff who are vaccinated may be forced to fill in when a staff member who is unvaccinated gets exposed to COVID-19. The mandate is meant to ensure health care workers don’t find themselves “out of the fight” against COVID-19.

Porter added that the language relating to religious exemptions has morphed within the organization.

“At first it was called a religious exemption but more and more it has been [called] strongly held beliefs,” he said.

Porter said he didn’t know exactly why one religious exemption request would be approved and another wouldn’t.

Rep. Chuck Gray (Natrona) questioned how Banner could determine whether someone’s religious beliefs are sincere and whether they should be denying religious exemption requests at all.

“That’s between an individual and God,” Gray said.

Rep. Shelly Duncan (Goshen) asked whether Banner had changed its application for religious exemption to vaccines after the arrival of the of the COVID-19 pandemic. She asked whether the form had previously been a box to check and is now a short essay.

Rep. John Bear (Campbell) asked whether Banner does anything else to help ensure staff stay healthy and able to continue working besides requiring vaccines.

Porter said that every Banner hospital has a wellness program that encourages staff to do things like get enough sleep and eat well. He added that Banner hospitals have been providing counseling to staff to help them through the stress of working on the front lines of the pandemic.

In response to a question from Bear, Porter acknowledged that unlike the vaccine mandate, the wellness program is voluntary.

Committee Chair Mike Greear (Big Horn, Washakie) said he had trouble understanding why it wasn’t feasible to make accommodations for employees who don’t want to get vaccines now when they were able to help care for COVID-19 patients during the fall 2020 surge before vaccines were available.

Porter said that the availability of vaccines is a tool in the fight against COVID-19 and the WMC has seen firsthand that people who are unvaccinated are more likely to end up in the hospital, in the intensive care unit and on ventilators.

Greear said he understands that the vaccine is another tool in the fight but that he sees a difference between promoting vaccines and mandating them.

He said that while the CRMC is resisting issuing a vaccine mandate, he also thinks the legislature should not mandate against a private organization’s ability to make decisions for itself on whether to issue mandates for employees.

Storey said that he thinks mandates are not the best approach, especially since retaining existing health care staff is crucial to hospitals. He said that traveling nurses are significantly more expensive for hospitals and lack the institutional knowledge that a full-time employee has to offer.

Storey said that COVID-19 continues to be a big challenge for the CRMC with the hospital treating COVID-19 patients on three floors. He said it is common for the hospital to have only 1-2 open beds a day because of the number of COVID patients.

While the CRMC is encouraging people to get vaccinated, Storey said he acknowledges that vaccines are not perfect and that he agrees with those who think a vaccine mandate is not the right policy decision.

However, he said that he implores the committee to avoid “mandating against a mandate” and to “allow individual business to proceed with what works best for their situation.”

The House Minerals, Business & Economic Development Committee was assigned three separate pieces of legislation on the first day of the Wyoming Legislature’s special session. Those include the following:

Testimony the committee heard during its afternoon session on Tuesday can be viewed via the Wyoming Legislature’s YouTube channel: