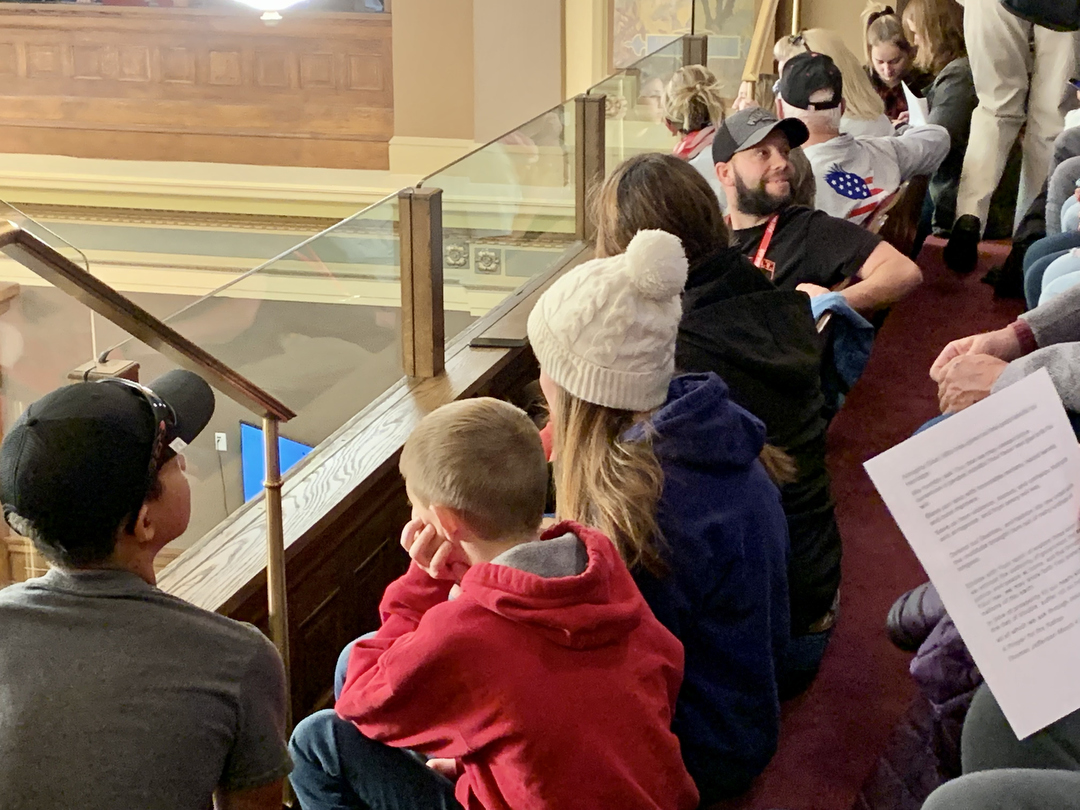 In order to limit the number of bills to be considered during the session and expedite the process to limit the session to a couple of days, both chambers considered adopting special rules. Debate about those rules occupied the morning and stretched into the afternoon on Tuesday.

After that debate, both the House of Representatives and the Senate voted against adopting the special rules that would have allowed the bills to be considered in an expedited process.

House Minority Floor Leader Cathy Connolly (Albany County) was among legislators who spoke against adopting the special rules for the session. Connolly said she is generally proud to call herself a Wyoming legislator, saying that part of this pride stems from the robust legislative process the legislature follows under ordinary circumstances.

Connolly argued that the legislature’s standard rules allow for robust debate and provide ample opportunity for the public to comment on proposed legislation.

She said that when students are taught about the legislative process in Wyoming, there is an effort to show that it takes about a dozen steps before a bill can become law. She argued that the proposed special rules would cut out important steps in that process that are important for deliberation.

She said that she was particularly concerned that the special rules would limit debate when bills were being considered on first reading in committee of the whole.

Legislators would only have the ability to speak twice and would be limited to five minutes each time. Connolly said that this limitation could eliminate the ability for legislators to raise important questions and have some back and forth exchange with other legislators.

Eliminating such deliberation could result in the legislature “not doing the people’s work,” Connolly argued.

She added that the expedited process wouldn’t give the public enough chance to weigh in.

“We’re not listening to the people well enough,” Connolly said.

In addition, she added that the proposed expedited process could create a situation in which it is unclear where a legislator should be participating. When a bill was up for consideration in one chamber, Connolly asked whether a primary sponsor of that bill should be involved in that discussion or if their responsibility should be to participate in a committee meeting on another bill that is being considered simultaneously.

Rep. Lloyd Larsen also spoke against adopting the special rules. He said he didn’t think any of the legislation up for consideration during the special session couldn’t wait until the upcoming budget session that will begin in February 2022.

He said that the special rules would compress a process that “would normally take a couple of weeks into two days.”

Rep. Chuck Gray (Natrona), on the other hand, argued in favor of adopting the special rules. Without referring to it by name, Gray alluded to Banner Health’s requirement that employees get vaccinated against COVID-19 by November 1.

“In five days, we will have hundreds of people, possibly thousands to lose jobs [for not getting vaccinated],” Gray argued.

House Majority Floor Leader Albert Sommers (Sublette) argued in favor of adopting the special rules, saying that it would help speed up the process and allow legislators to get back to jobs and busy calendars.

Majority Whip Jared Olsen argued in favor of the expedited process, adding that he thought the legislature would deliberate the issues the special session was convened to address one way or another. Olsen said he thought that the special rules still allow for deliberation and public input.

He added that the legislature commonly tweaks its own rules and the legislature’s very ability to adjust its rules suggests that adopting the special rules would be respectful to the normal legislative process.

Both the House and the Senate ultimately voted against adopting the expedited process. That then put both chambers in a situation to consider whether to hold the special session at all.

Yin argued that members should vote to adjourn the special session. While he said he can understand (though not necessarily agree with) those who think the federal government is overreaching with vaccine mandates, Yin said he thinks that is a matter to be decided in court rather than in the legislature.

He noted that the state’s executive branch is indeed preparing to challenge Biden’s vaccine mandate that will impact private employers once that rule is finalized.

Washut noted that there is still important committee work to be done in advance of the 2022 budget session. He added that moving forward under the normal rules places no limit on the number of bills that can be proposed and no certainty on how long the session will last, except that it will be no more than 20 days.

Rep. Andi LeBeaux (Fremont) said she thinks the debate has become too politically charged. LeBeaux, who is a member of the Northern Arapaho Tribe, said that tribal elders have had to develop a word in Arapaho for COVID and that when translated into English, this word means “a strange sickness that we have never encountered.”

LeBeaux argued that viruses can show how communities are dependent on one another and that tribal leaders have responded to the pandemic with that in mind.

“Some of you may call it a mandate, we call it taking care of each other,” she said, adding that she thinks the tribes have done everything they can to protect elders.

LeBeaux added that she was hopeful people could “listen to wisdom that comes out of indigenous country for once” and that people might turn back toward the importance of relating with one another.

Rep. Mark Jennings (Sheridan) said that he appreciated LeBeaux’s comments about the importance of caring for one another, but argued that this a reason why the special session should be held. He said he thinks it is the legislature’s role to try to stand between the federal government and the people of Wyoming and “provide state protection for our citizens.”