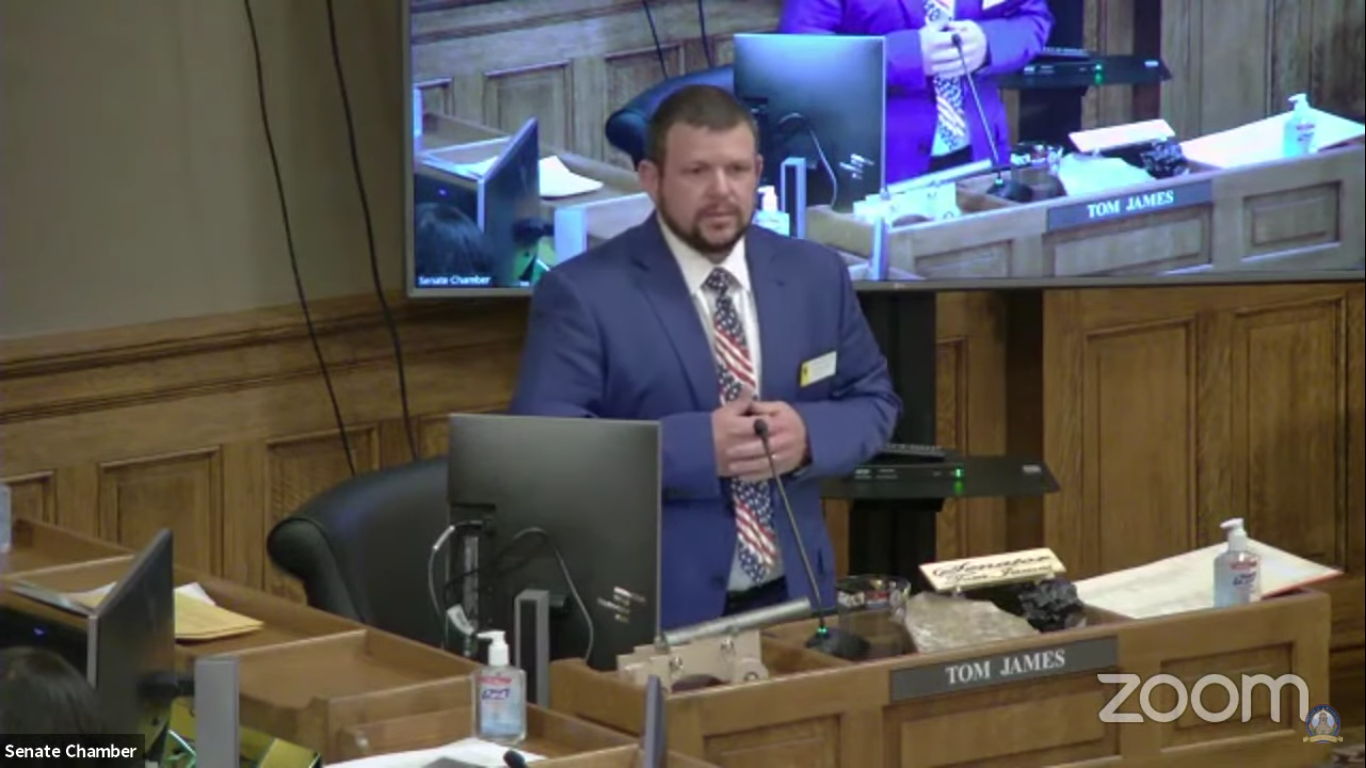 CASPER, Wyo. — The Wyoming Senate shot down the introduction of legislation that proposed creating fines of up to $10 million and jail time of up to a year for both state and federal officials who attempt to enforce or implement COVID-19 vaccine mandates.

Ahead of the vote, Sen. Tom James (Sweetwater County) said that he had spoken with the Sweetwater County sheriff and attorney regarding the measures proposed in Senate File 1020.

James said that the sheriff and attorney told him that they thought the provisions in the bill would be “completely enforceable.” However, James did not address how the bill would get around the Supremacy Clause in the United States Constitution that establishes that federal law takes precedent over state law.

The bill is just one of several that have been proposed for consideration during the Wyoming Legislature’s special session aiming to limit the reach of federal vaccine mandates issued by the Biden administration that could be at odds with the Supremacy Clause.

Stateline, an initiative of The Pew Charitable Trusts, cited legal experts in reporting that legislative attempts to prohibit the Biden vaccine mandates are unlikely to hold water.

“If the federal law is valid, it’s the supreme law of the land — end of story,” said University of Montana Blewett School of Law Professor Anthony Johnstone as reported in the Stateline article.

James said that the bill would also create penalties for public servants in Wyoming beyond the criminal penalties. Public servants would be terminated from their positions and prohibited from being employed in other state positions if they were to be found in violation of the proposed bill. They would also lose all benefits.

The Senate defeated the bill on a vote of 6-23 on Tuesday. That vote was as follows: