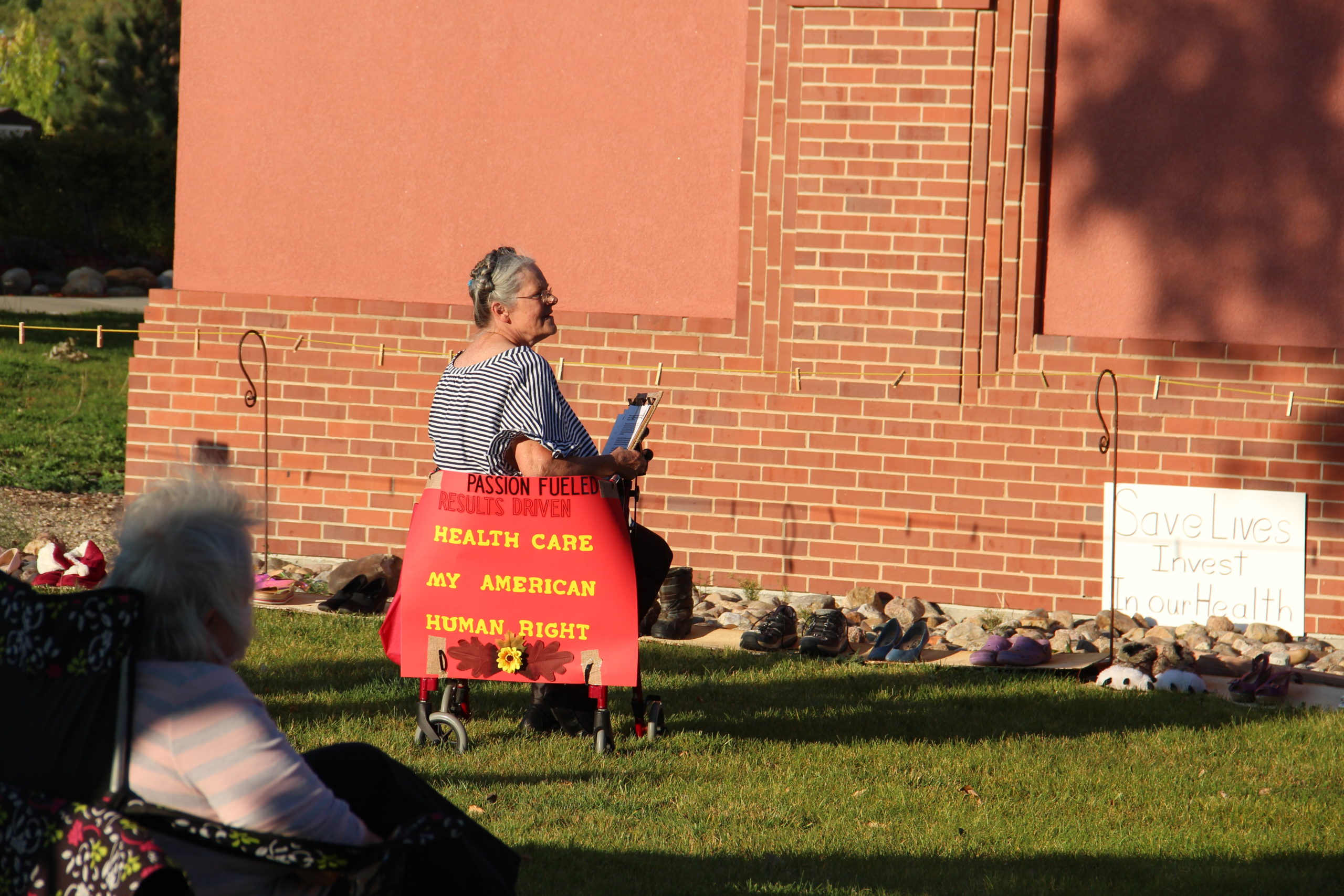 A Healthy Wyoming rally for Medicaid expansion at the Nicolaysen Art Museum in September. (Gregory Hirst)

CASPER, Wyo. — The Wyoming Senate voted against introducing a bill to expand Medicaid in Wyoming during the legislature’s special session on Monday, October 27.

Case said that expanding Medicaid could benefit 25,000 people in Wyoming. He said the would be “mostly females that are working in this state.”

“They are people that serve you breakfast, clean your hotel rooms. They have children and this would be a great thing for them,” Case said.

He added that the bill was sponsored by the Joint Revenue Interim Committee, noting that this made it different from most of the legislation proposed for consideration during the special session.

The Senate defeated the bill on a vote of 8-21 during its floor session on Monday afternoon. That vote was as follows:

A recent poll conducted by New Bridge Strategy found that 66% of Wyoming registered voters support expanding Medicaid. That includes 98% of Democrats in the state, 64% of Independents and 58% of Republicans.

The Medical Treatment Opportunity Act would direct the Wyoming Department of Health, the state’s insurance commissioner and the governor to negotiated with the Centers for Medicare and Medicaid Services (CMS) to amend the state’s Medicaid plan and expand eligibility.

Under the 2010 Affordable Care Act, 90% of the cost of expansion would be paid by the federal government and Wyoming would pay 10%. The Wyoming Department of Health estimates expanding coverage would cover an estimated 24,000 (between 13,000 and 38,000) residents, and net the state $34 million in General Fund savings over the next biennium. The WDH estimates that 60% who would benefit from expansion are currently employed.

Proponents of Medicaid expansion have been working to push the legislature to again consider expanding Medicaid after a similar effort failed during the 2021 General Session. During that session, the House of Representatives passed a measure to expand Medicaid on a vote of 32-28 but the bill stalled out on a 2-3 vote in the Senate Labor, Health and Social Services Committee.

The group Healthy Wyoming held vigils across the state in September to raise awareness about projected savings for the state under expansion and to share stories of people who have suffered and died without health care.

The Casper contingent met at the Nicolaysen Art Museum on September 17 to hear from health care providers, legislators, and people directly affected by the issue.

“This issue is a matter of life or death,” said Healthy Wyoming advocate Andrew Schneider in his remarks. He said people who can’t afford to go to the doctor allow chronic conditions, including mental illness, to “linger and worsen.” They also skip cancer screenings and other preventative measures and can’t budget for both prescriptions and food.

Without insurance, he was unable to achieve a full recovery, became afflicted with gout, and sold a cherished Camero to pay bills. His health declined rapidly and he was eventually found dead in his home.