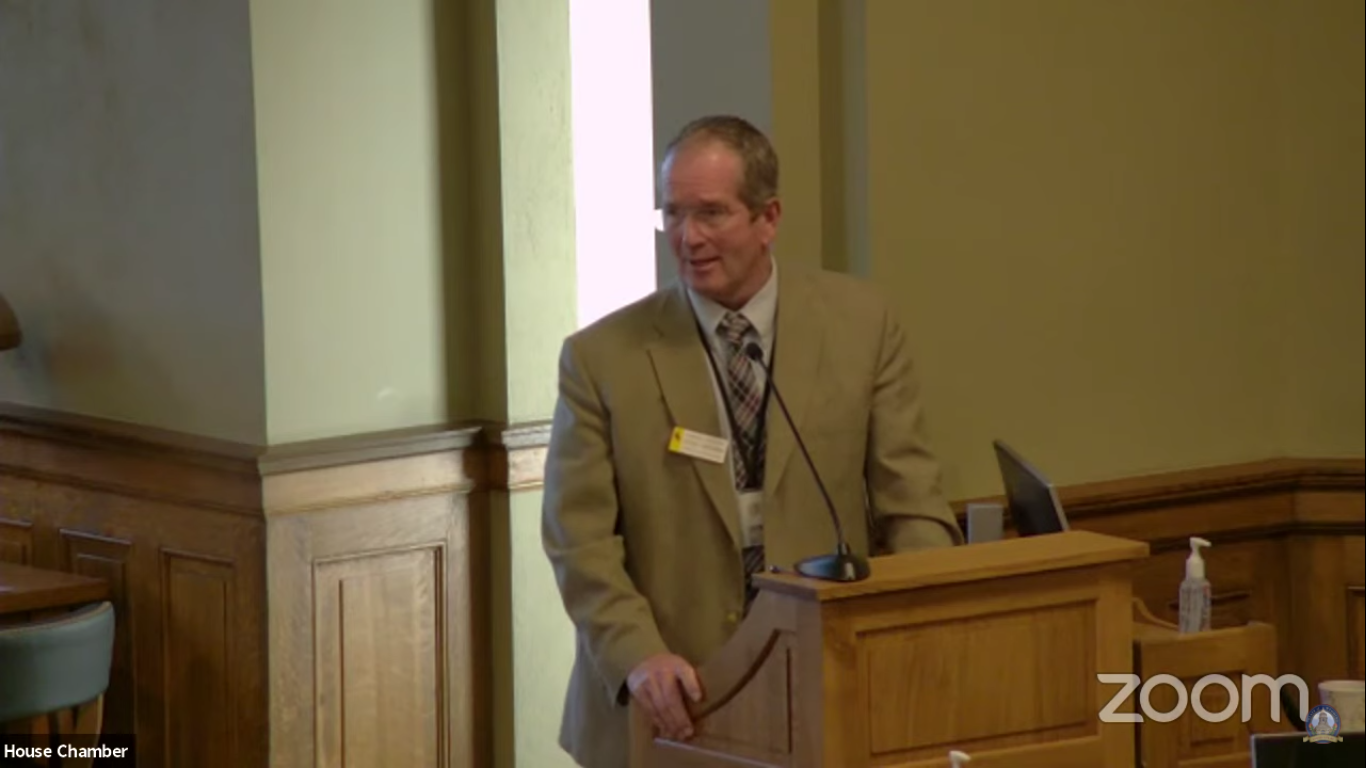 UPDATE: After Harshman’s apology on Friday, Rep. John Bear (Campbell County) said he plans to bring a motion for censure of possibly two members of the House of Representatives on Monday morning. Details on Bear’s comments are available in this article.

During Thursday’s session Harshman was participating in the session remotely. With his microphone live, Harshman’s insult directed toward Gray could be heard broadcast through the chamber in Cheyenne. Harshman used at least one swear word during the hot mic comment and possibly a second, though the audio was somewhat muffled.

Harshman’s insult directed at Gray can be heard at around the 1:24:20 mark in the following video of Thursday’s floor session:

After the hot mic moment, Speaker of the House Eric Barlow (Campbell, Converse) advised that a member of the chamber needed to turn off their microphone.

On Friday morning, both Barlow and Harshman addressed the hot mic moment at the start of the House’s floor session.

“Members of the 66th, I drove down this morning to apologize to all of you as a group and a body and our staff and specifically to Representative Gray,” Harshman said. “What happened yesterday was a breach of conduct on the floor of this House and it is not acceptable. I come here to apologize for that.”

“While attending remotely yesterday, as kind of the passion of debate which we all know, I stepped away from my computer, I thought the audio was [sic] on, and I murmured some cuss words to myself which were degrading to Representative Gray. And so those vulgar words then were broadcast on this floor. And so then that is a breach of decorum on this floor and we all work hard to keep that decorum. And so I apologize for that. It is wrong and I know better than that.”

Harshman said he understands that his actions could prove to be a distraction and he apologized for creating a distraction “because we’ve got real work to do for our people.”

“As we move forward, again, I just want to really sincerely apologize to all of you, specifically to Representative Gray,” he said. “And I hope you can accept my apologies for this breach of decorum. It wasn’t right and it won’t happen again.”

Barlow said that he would not be able to mend any damage Harshman may have caused to his relationship with Gray or others through his words.

“I cannot from this chair amend a broken relationship,” he said. “That will be up to you and those that may be aggrieved by your conduct.”

“However, as the presiding officer I am going to take some initial steps because your conduct was unbecoming, so I want to condemn it clearly.”

Barlow said that Harshman had committed three breaches of conduct:

Barlow revoked Harshman’s right to participate in the special session virtually as a consequence for the breach of conduct.

Barlow said that if other members think he has not been even-handed in how he is dealing with the situation, he is open to members speaking with him privately on the matter.

“For now, I’ll consider this matter closed unless someone comes to this body with another matter,” he said after issuing the consequences to Harshman.

Prior to Harshman’s apology, Barlow began the session by speaking about the importance that members treat one another with respect. He noted that when he became speaker in January, he said he would focus on two things: the legislative process and relationships between legislators.

“Those two things are dependent on decorum,” Barlow said. “And yesterday, whether intentional or inadvertent, there was a breach in that decorum, a conduct unbecoming of a member of this body.”

Oil City reached out to both Harshman and Gray on Friday morning requesting comment on the matter, but had not received responses as of 10:15 a.m.