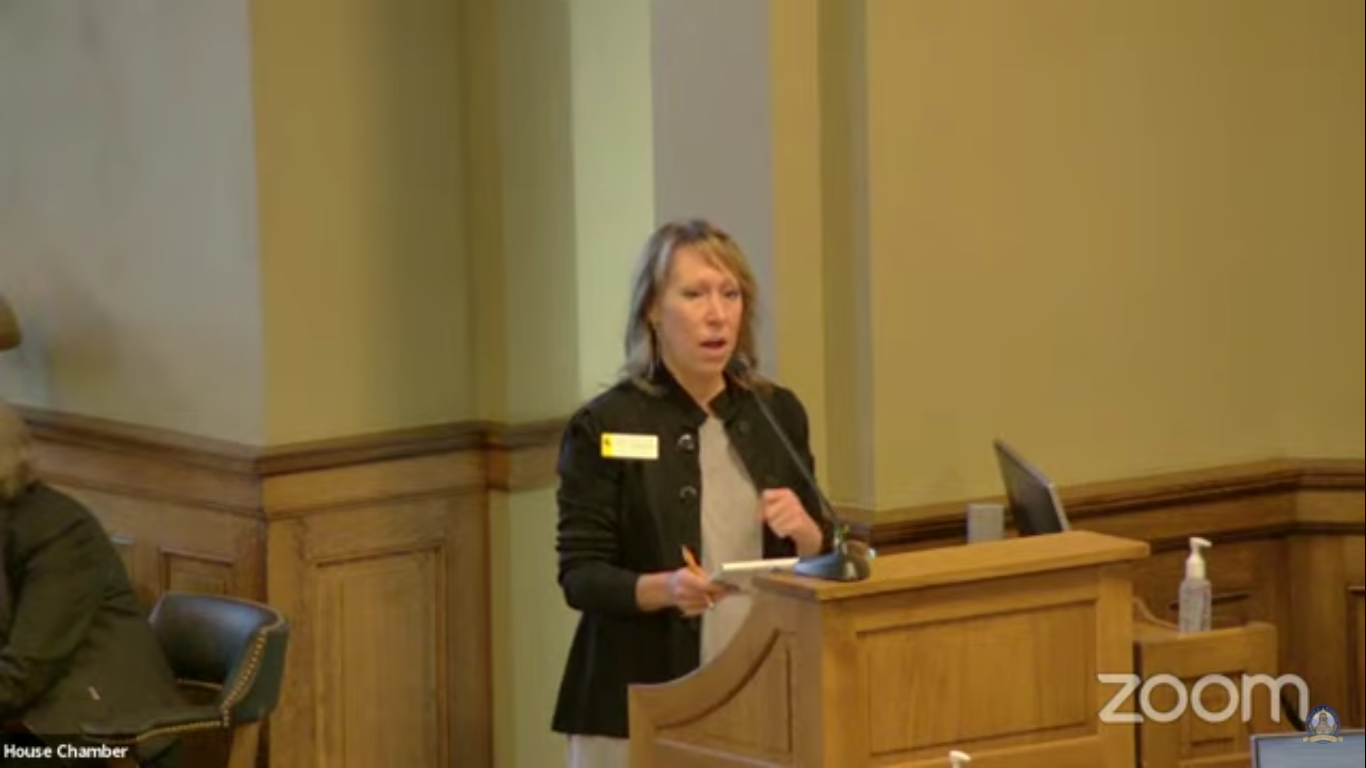 CASPER, Wyo. — Democrats in the Wyoming House of Representatives attempted on Friday to have a bill considered during the legislature’s special session that would provide relief to people suffering from COVID-19 impacts.

“Whether an individual without a support system nearby to help with meals, or a family with lost wages who is deciding between rent and medication, this program is meant to alleviate the unnecessary suffering felt by our Wyoming friends and neighbors,” one of the bill’s sponsors, Rep. Trey Sherwood (Albany County), said in a press release from the Wyoming Democratic Caucus explaining the proposal.

The program would be administered through the Department of Family Services, would work to coordinate with existing social service programs at the local level.

“Benefits under the program shall be initiated by boards of county commissioners who may request increased support to individuals and families suffering from the impacts of COVID-19,” the press release states.

Another sponsor of the bill, Rep. Karlee Provenza (Albany), said in the press release that constituents have communicated struggles trying to access basic necessities.

“If COVID relief funding isn’t meant to ensure that those with COVID are able to access food, proper medical care, and resources while missing work to recover, then I don’t know what it’s meant for,” Provenza said.

During the House’s Friday morning floor session, Minority Floor Leader Cathy Connolly motioned for the bill to be considered for introduction. She said that the bill was drafted after Democrats received communication from someone working as a COVID-19 contact tracer in the state who said that she regularly hears from people that they are struggling in a variety of ways.

That includes people who have communicated that they don’t have enough food or are struggling getting the medication they need. Parents have also communicated struggles when their children are sent home to quarantine due to possible COVID-19 exposure, reporting that they are struggling due to not being able to go to work when their kids are at home.

Rep. Mark Jennings (Sheridan) expressed opposition to considering the proposal because he thinks the legislature’s special session should remain focused on the issue of COVID-19 vaccine mandates.

Rep. Mike Yin (Teton) said he doesn’t see anything in the Wyoming Constitution which would prevent the legislature from considering the proposal during the special session. He urged the House to consider the proposal.

“Finding some way to support those folks who are getting hurt every day that this pandemic lasts is one thing better that this body could do to help the rest of the state,” Yin said.

House Majority Floor Leader Albert Sommers (Sublette) said he was against considering the bill. He said he didn’t think it had met the deadline to be brought up for consideration during the special session. While he acknowledged that the House rejected special expedited rules for the session limiting the number of bills that could be considered, Sommers argued that the reason the special rules were rejected was to ensure that the public had more time to look at bills proposed for the session and to allow for more debate on the merits of those bills.

Rep. John Romero-Martinez (Laramie County) said that while he acknowledges the legislature came into special session to focus on vaccine mandates, he thinks the bill has merits worth consideration.

“[A]s we prepare to face three days of holiness, not only should we be thinking of the departed, we should be doing our best to honor both the living and the dead,” he said. “There are people that are living who have families or struggles and have lack of access to particular care that this bill addresses. And I think if we are going to keep things in context, let’s not just keep citing our constitution and forgetting about people who are living.”

Rep. Evan Simpson (Lincoln) said that the legislature has already facilitated the flow of federal money for COVID-19 relief throughout the state: “We’ve done that and continue to do that.” He also said that some of the issues people are struggling with predate the pandemic.

Simpson said that he didn’t think the bill should be considered as a number of other proposed bills are not being considered during the special session that may have merit.

Sweeney acknowledged that some things people are struggling with were problems prior to the COVID-19 pandemic, “but the pandemic exasperated a lot of them.”

“I think if anything we do, if anything can come out of this special session, this would impact the most in need in our communities,” Sweeney said.

Rep. Pepper Ottman (Fremont) said that while she believes “compassion and help are the American way” she thinks such help is already being provided in a variety of ways. She said she thinks the legislature should remain focused on addressing restrictions that may prevent people from going to work.

Sherwood said that if the special session is meant to address federal overreach, the legislature should also think about how it is going to help people.

The House defeated Connolly’s motion to have the bill advanced forward for introduction on a vote of 11-45 with four members excused during the vote.