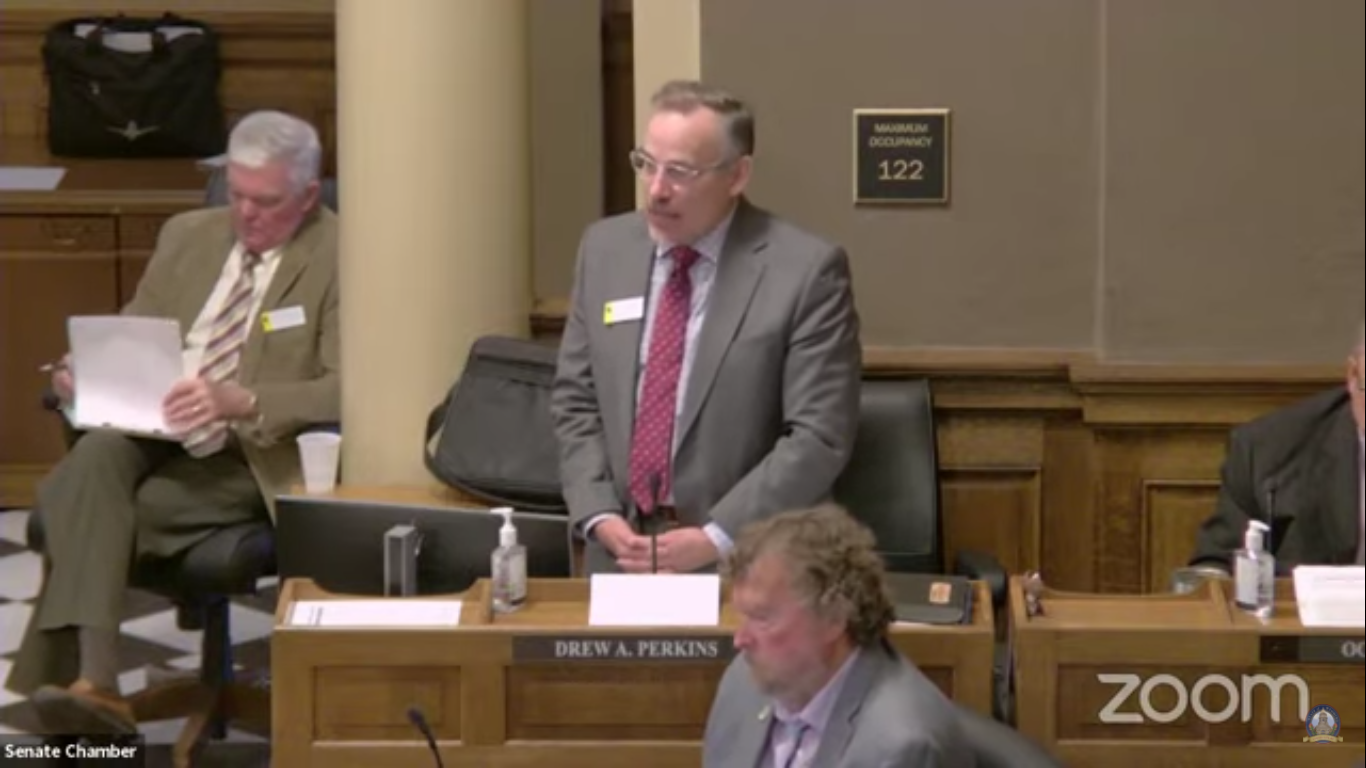 CASPER, Wyo. — The Wyoming Senate took up consideration of House Bill 1002 on Monday afternoon, legislation that would prohibit public entities such as counties, municipalities and school districts from enforcing federal COVID-19 vaccine mandates.

Prior to passing the bill on first reading, the Senate adopted an amendment to the bill proposed by the Senate Appropriations Committee, which heard testimony in regard to the legislation throughout much of Monday.

In terms of prohibiting enforcement of federal mandates, the bill would apply to public entities but not to private employers. The Senate amendment, on the other hand, would allow private employers to join in lawsuits filed by the state against the federal government over vaccine mandates.

The Senate amendment included adding a $10 million appropriation out of the state’s General Fund to help ensure funding is available to facilitate class action lawsuits against the federal government.

Under the version of the bill that passed the House of Representatives on a third reading vote of 41-14, public entities would have been prohibited under state law from enforcing federal vaccine mandates while the results of legal challenges were pending.

Senate Appropriations Committee Chair Drew Perkins (Natrona County) explained that the committee had tried to find a balance between putting the state in good position to challenge federal mandates and avoiding putting public entities at risk of losing federal funding.

Perkins said that trying to find a solution to opposing federal vaccine mandates has been instructive in terms of “how far the federal tentacles have gone into the state.” He said he hopes that Wyoming and other states see the situation as a wake-up call to be more cautious about looking at federal legislation and about accepting federal money.

Sen. Dave Kinskey (Sheridan, Johnson) said that the Appropriations Committee amendment opts not to enforce the prohibitions against vaccine mandates until lawsuits are resolved because the committee was “trying to strike a balance between having a case to make in court but not chewing up all the innocent on the way.”

“Can you imagine shutting down the Medicaid and Medicare programs in the state of Wyoming?” Kinskeyt said. “I mean, it just can’t happen.”

Kinskey added that the intention with the structure of the bill was to set up a “legal assault” on federal vaccine mandates that are enforced through the Occupational Safety and Health Administration or Centers for Medicare & Medicaid Services rules. In addition, allowing private entities to join in state lawsuits against the federal government could allow private contractors to challenge the federal government’s inclusion of vaccine mandates in the terms of agreement of grants and contracts.

Later in the Senate’s discussion, Kinskey cautioned that the bill as amended may still contain problems that have yet to be worked out.

Kinskey added that the Appropriations Committee had heard sentiment from the business community that the legislature shouldn’t be passing legislation along the lines of what House Bill 1002 proposes and that if legislators move forward, they do so in a way that is careful to ensure that the approach will actually work.

Should House Bill 1002 pass through the Senate on three readings, the House would need to concur with changes the Senate has added to the bill before it could land on the governor’s desk.