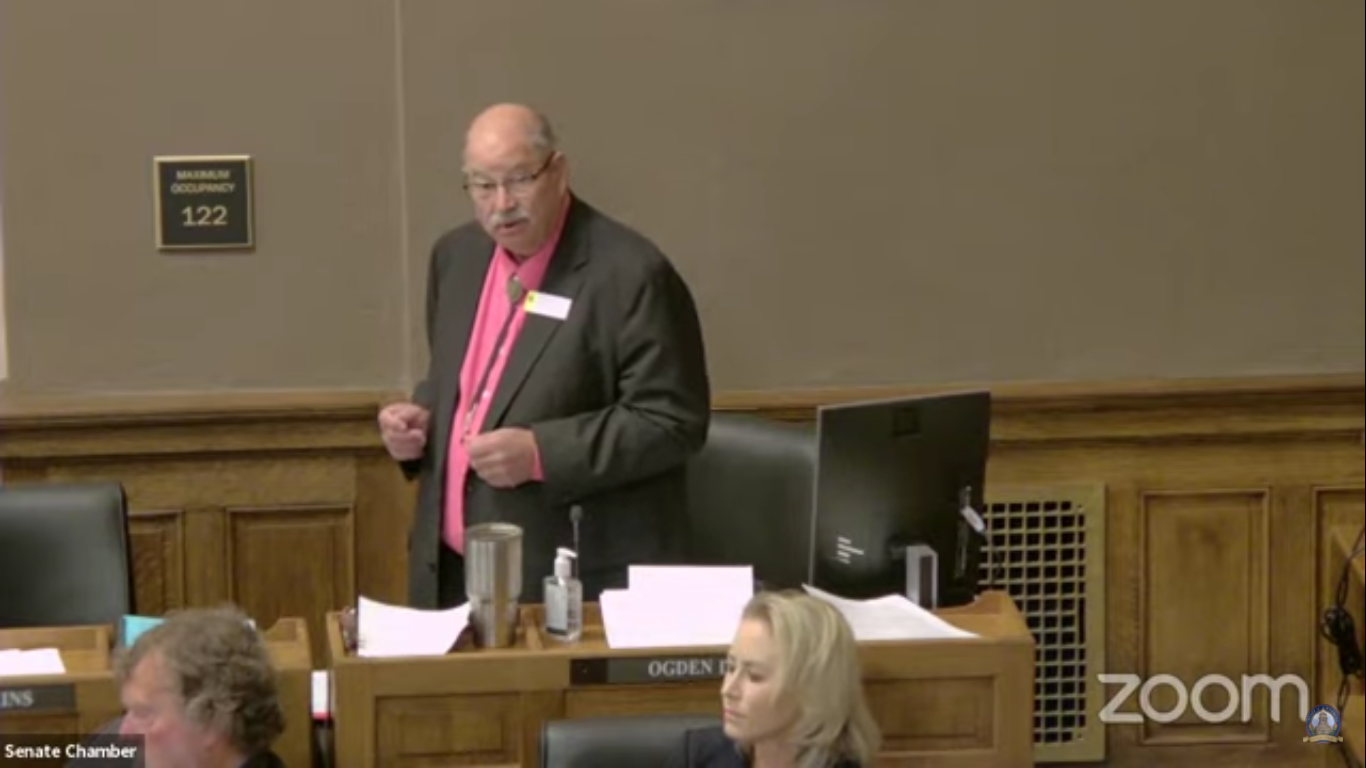 CASPER, Wyo. — The Wyoming Senate on Tuesday began its floor session by continuing work on House Bill 1001, legislation that would prohibit private employers from requiring people to get COVID-19 vaccinations as a condition of employment.

The debate on Tuesday began with consideration of an amendment proposed by Sen. Cheri Steinmetz (Goshen, Niobrara, Weston County) which would require that the prohibition against requiring vaccines be enforced until all efforts to challenge federal vaccine mandates have been exhausted.

Steinmetz said that the amendment would restore the original intent of the bill, reversing amendments that would not enforce the state prohibitions when federal mandates are in effect or when challenges to federal mandates have yet to be resolved in courts.

The Senate’s debate about the amendment revolved around whether to put businesses in middle of the state’s fight against federal vaccine mandates.

Sen. Dave Kinskey (Sheridan, Johnson) said that he was against the amendment because it would put employers “between a rock and a hard place” of whether to follow state or federal rules.

Senate Vice President Larry Hicks (Albany, Carbon, Sweetwater) said he was in favor of the amendment, arguing that it is speculative to guess what the federal government will do in terms of vaccine mandates. While the Biden administration mandates are expected to be enforced via the Occupational Safety and Health Administration and Centers for Medicare & Medicaid Services rules, those rules are not yet finalized.

Hicks acknowledged that House Bill 1001 could lead to a situation where Wyoming law is in conflict with federal rules. He said that he thinks the legislature needs to decide whether or not “to prostrate ourselves before the federal government and just say you can do whatever you want, we don’t do anything as the Wyoming Legislature.”

House Majority Floor Leader Ogden Driskill (Crook, Campbell, Weston) argued against the amendment, saying that it would “put businesses directly in the crosshairs.” He said that setting up the conflict between state law and federal mandates could be risky in already hard economic times for the state and could “affect whether businesses stay in this state, [and] whether they hire in this state.”

Sen. Bo Biteman (Sheridan) said that he was in favor of the amendment and noted that the Senate had adopted an amendment on first reading that added in $10 million to allow business to join the state in class action lawsuits against the federal vaccine mandates.

“It is not like we are leading everybody into this battle unarmed,” Biteman said.

Biteman said that while private businesses may be affected if state law conflicts with federal law, individual citizens could be affected by vaccine mandates if the state doesn’t prohibit endorsement of such mandates.

Sen. Mike Gierau (Teton) noted that when the Senate Appropriations committee heard testimony in regard to the bill on Monday, over 50 witnesses spoke.

“Not one business owner spoke in favor of this bill. Period,” Gierau said. “We did our best to try to work through the bill and take out some of the more onerous provisions that would put our businesses at peril.”

He said that the Steinmetz amendment appeared to be the first of various amendments to be considered Tuesday to reverse protections added into the bill when the Senate adopted the Appropriations Committee amendment on Monday.

Gierau said it was clear to him that the Steinmetz amendment would place businesses in the middle of the state’s tussle with the federal government.

“We’re drawing our guns and every business owner in the state is in the middle,” he said.

Kinskey said that it could take years before the court system resolves issues surrounding the debate about COVID-19 vaccine mandates.

“In the long run, we may win; in the short run, the businesses are caught up in the middle,” he said.

Driskill said he supports legislators fighting federal vaccine mandates in a way that doesn’t use someone else’s business as a pawn in that fight.

“Folks, let’s shake our fists at the man; I encourage you all to do it,” he said. “Every one of you. Let’s do it. But let’s not put a business in front. Do it yourself. … Truth is, we are fighting mandates, but you are using businesses to do it.”

Driskill also argued that the $10 million could be insufficient to carry the state’s fight against federal vaccine mandates through to the end.

Driskill described putting businesses in the middle of the fight while waiting and hoping that courts toss out the vaccine mandates as a gamble.

“We want to gamble with our future?” he asked.

Biteman said that he thinks constituents are calling for something concrete from the legislature that fights the federal mandates.

“We have a choice to send a strongly worded letter and shake our fists and stomp our feet but ultimately do nothing,” Biteman said. “I don’t think that is why the folks back home sent us down here. … They want action. They want us to do something and they want us to stand up for their rights.”

“If we don’t pass this amendment, the bill really doesn’t do much. I’m sorry.”

He said that more money could be added to bolster funding for class action lawsuits against the federal mandates.

The Steinmetz amendment to House Bill 1001 failed on a tie vote of 13-13 on Tuesday. The Senate went on to consider a number of other amendments before passing the bill on second reading on Tuesday.

When the bill was in the House of Representatives, 40 amendments were considered. Should the Senate pass the bill on third reading, differences would need to be reconciled between the House and the Senate before the bill could go to the governor’s desk.