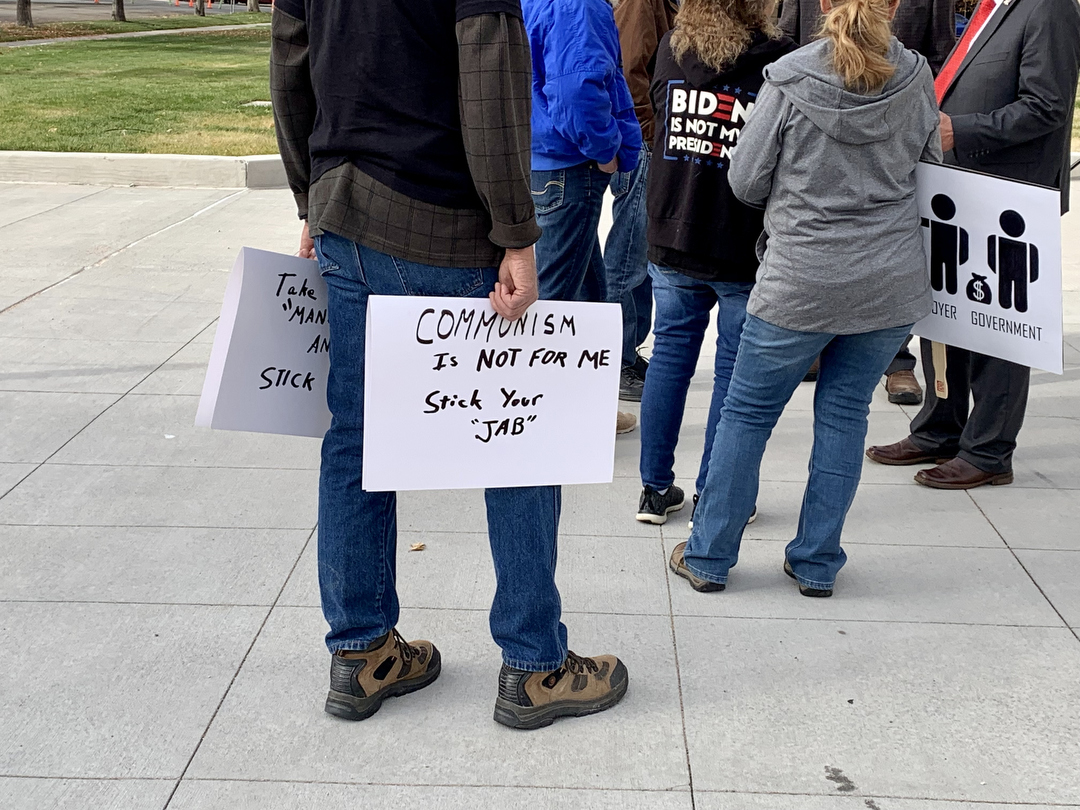 CASPER, Wyo. — Prior to the start of the Wyoming Legislature’s special session focused on fighting federal COVID-19 vaccine mandates, the Wyoming Democratic Caucus expressed opposition to holding the session, saying that it “would only serve to create an opportunity for grandstanding instead of constructive problem solving.”

The caucus argued that the federal rules mandating vaccines are likely to preempt state law prohibiting such mandates from being implemented in Wyoming and that the $25,000 cost per day of holding the special session would be a waste of taxpayer dollars.

Wyoming Attorney General Bridget Hill has joined a lawsuit challenging President Joe Biden’s COVID-19 vaccine mandate for federal contractors, according to the Associated Press. While further Biden vaccine mandates await the finalization of Centers for Medicare & Medicaid Services and Occupational Safety and Health Administration rules, Wyoming Governor Mark Gordon said in a letter to the legislature at the start of the special session that the state is preparing legal challenges.

As the legislature’s special session draws near to a close, two vaccine mandate related bills remain alive. The Senate passed both House Bill 1001, which focuses on restricting the ability of private businesses from requiring employees to get vaccinated against COVID-19, and House Bill 1002, which looks to restrict public entities such as counties, municipalities and school districts from enforcing federal COVID-19 vaccine mandates, on second reading Tuesday. Third readings of both bills are scheduled for Wednesday.

If House Bill 1002 becomes law, it’s fate likely lies in the courts since the proposed legislation directly attempts to set up a prohibition against enforcing federal COVID-19 vaccine mandates. House Bill 1001, on the other hand, would erect state-level prohibitions against businesses requiring workers to get vaccinated against COVID-19 that would be in effect anytime that a federal mandate is not in effect.

The Senate has taken a different track than the House of Representatives, adopting amendments to both pieces of legislation that would wait until challenges to federal vaccine mandates have been resolved in the courts before enforcing Wyoming’s prohibitions (if applicable federal mandates are in effect).

The Senate has also worked toward the possibility of setting up a class action lawsuit against federal vaccine mandates, adopting an amendment to House Bill 1002 that appropriates $10 million from the state’s General Fund to help pay for such lawsuits.

Some legislators have expressed frustration that the special session has not resulted in more concrete action fighting the Biden vaccine mandates.

“We have a choice to send a strongly worded letter and shake our fists and stomp our feet but ultimately do nothing,” Sen. Bo Biteman (Sheridan County) said during the Senate’s debate of an amendment to House Bill 1001 on Tuesday.

That amendment would have reinstated an approach to prohibit private employers from enforcing federal vaccine mandates until the conclusion of challenges in the courts rather than suspending Wyoming’s enforcement of the prohibitions while court decisions are pending.

“If we don’t pass this amendment, the bill really doesn’t do much,” Biteman said. “I’m sorry.”

On the other hand, some legislators have argued that the bills should be careful not to put business in the crosshairs of the state’s fight against federal vaccine mandates.

“Folks, let’s shake our fists at the man; I encourage you all to do it,” Senate Majority Floor Leader Ogden Driskill said Tuesday. “Every one of you. Let’s do it. But let’s not put a business in front. Do it yourself. … Truth is, we are fighting mandates, but you are using businesses to do it.”

If the Senate pass House Bill 1001 and/or 1002 on Wednesday, differences between the House and Senate versions of the bill would need to be worked out before the bills could arrive on the governors desk for consideration.

Outside of the two vaccine mandated related bills, there is one other piece of legislation that found some life during the special session. Senate File 1019 aims to correct a scrivener’s error in previous legislation relating to the Wyoming Game Commission. That bill passed the Senate on a third reading vote of 19-9. It has not yet been taken up in the House.

Other legislation found no legs during the special session, including another effort to expand Medicaid in the state. The Senate rejected an effort to consider that bill for introduction.