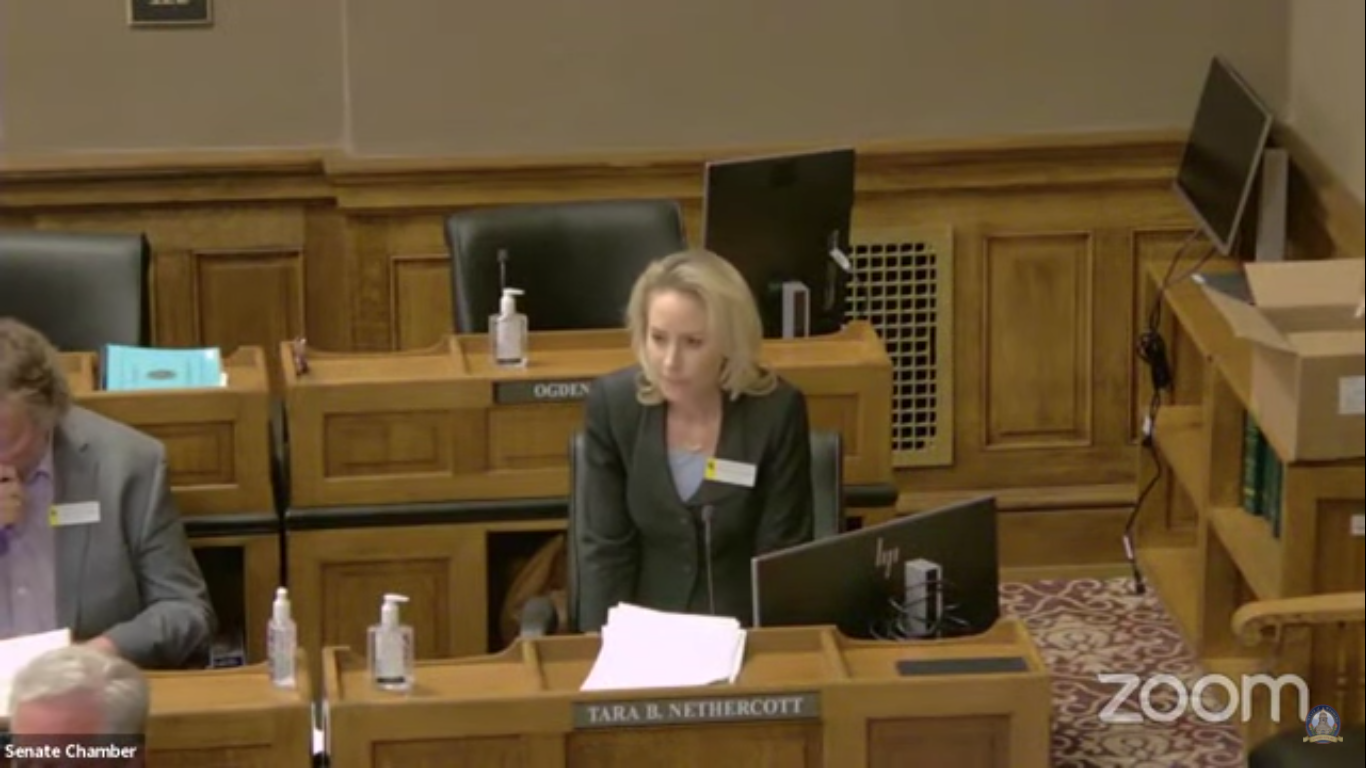 CASPER, Wyo. — The Wyoming Senate on Wednesday defeated House Bill 1001 on Wednesday afternoon, legislation that aimed to prohibit employers from requiring employees to get vaccinated against COVID-19. With the defeat of this bill, the only remaining legislation that is alive for consideration during the special session relating to vaccine mandates is House Bill 1002, which the Senate is considering this afternoon on third reading.

While the bill in the form the Senate considered on third reading would have prohibited employer vaccine mandates under Wyoming law, Senate Vice President Larry Hicks (Albany, Carbon, Sweetwater County) said in a speech arguing in favor of the bill that those prohibitions wouldn’t take effect until challenges to federal COVID-19 vaccine mandates had been exhausted in the courts.

While other senators had argued that the bill could potentially cause significant harm to employers by putting them between conflicting state law and federal mandate, Hicks said that the bill “does absolutely nothing” to employers in the short term.

Concluding the Senate’s lengthy debate on House Bill 1001 on Wednesday, Sen. Tara Nethercott capitalized on Hicks’s decision to talk about doing nothing with immediate consequence to employers to support her position of opposition to the bill

“The passage of House Bill 1001 as amended would do nothing to protect anyone’s jobs, isn’t that true?” Nethercott asked.

While Hicks had said that the bill would not have immediately forced employers not to mandate vaccines, he also noted that the bill as amended would have some immediate effects if signed into law. That would have included a requirement that students be granted waivers from COVID-19 vaccine mandates or mask mandates at the request of parents.

Hicks also said the bill would have prohibited the use of vaccine passports in the state.

The bill failed to receive an affirmative vote from the majority of duly elected members on third reading in the Senate. That vote was 15-13 with two senators excused. The Senate then passed a motion to reconsider the bill on another vote. That vote failed 14-13 with three senators excused. (Note that while a majority of members present voted in favor of the bill, a majority of the Senate’s 30 total members needed to approve in order for passage on third reading).

The Senate’s lengthy debate on Wednesday covered a range of issues, such as questions of the constitutionality of the bill that was being considered as well as debate about whether federal vaccine mandates issued by the executive branch are constitutional. That debate can be heard in this video on the Wyoming Legislature’s YouTube channel: