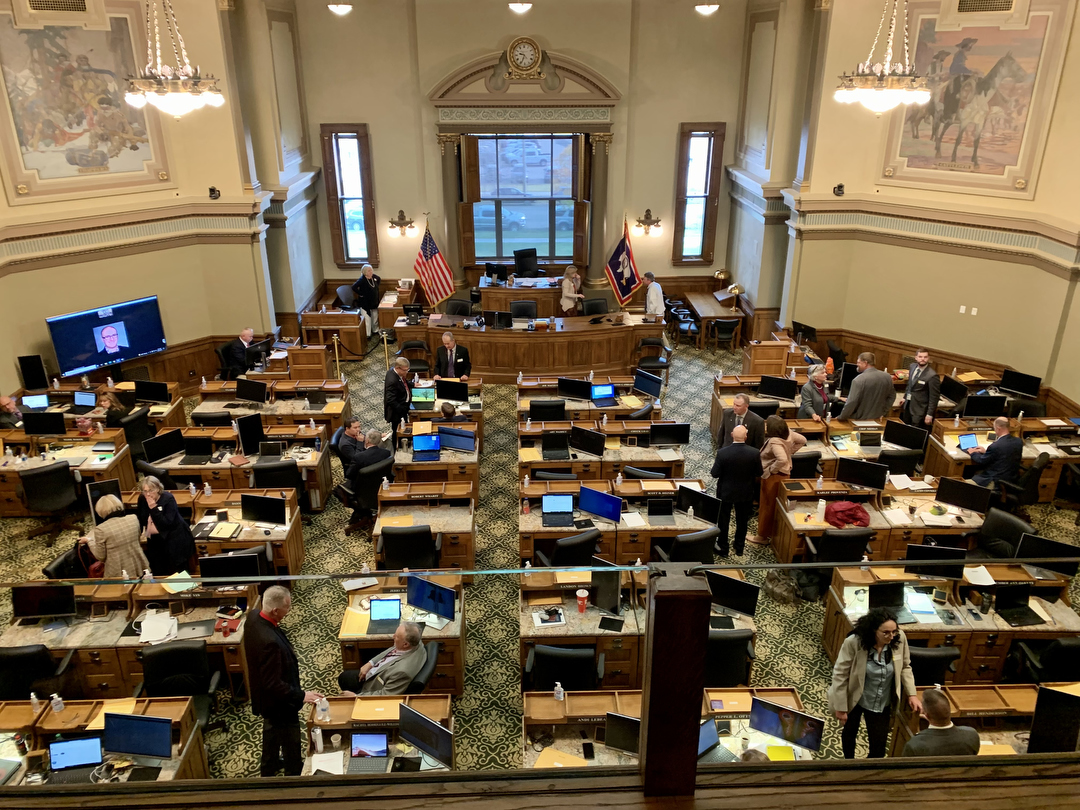 One bill that still awaits Governor Mark Gordon’s consideration was passed during the special session. Dockstader and Barlow said that the legislation “clearly articulates the belief of the majority of Wyoming residents that the decision to receive a COVID-19 vaccine is a personal choice.”

“Through this special session’s enacted legislation, the Legislature has provided the Governor and the Wyoming Attorney General with the guidance and resources to further address the federal COVID-19 vaccines in the courts,” the joint statement reads.

One of the primary reasons the special session was held was to consider legislation to fight back against COVID-19 vaccine mandates issued by the administration of President Joe Biden. Rules for one of the Biden administration mandates were finalized on Thursday.

The Biden mandate applying to employers with 100 or more employees will be enforced through Occupational Safety and Health Administration rules and will require employees to either get vaccinated against COVID-19 or submit to weekly COVID testing, as the Associated Press reported Thursday.

Rep. Chuck Gray (Natrona County) was vocal in calling for a special session to fight Biden mandates, but said on Thursday that he thinks the legislature “failed to take strong action during the special session to oppose this dictatorial, unconstitutional mandate.”

Dockstader and Barlow said in the joint statement that they think each legislator who attended the special session “worked hard” to improve the variety of bills that were considered. They noted that 21 unique bills were introduced in both houses and that 13 of these were heard and debated during the special session.

In addition to working hard to improve the proposed legislation, Dockstader and Barlow said that each member did “what they believed was right and in the best interest for the people of Wyoming.”

The leaders thanked their colleagues for their work during the special session.

“We, as the presiding officers of the 66th Legislature, thank our fellow members for their work on behalf of the people of this Great State,” the joint statement reads.

The special session lasted seven days. Each day is expected to have cost taxpayers $25,000, though exactly what the session cost will not be known until next week, according to the Legislative Service Office.

The Wyoming Democratic Caucus had unanimously voted against holding the special session and said before the session began that its members thought the session would be a waste of time and taxpayer dollars.

Further details about what occurred during the special session are available in this article.