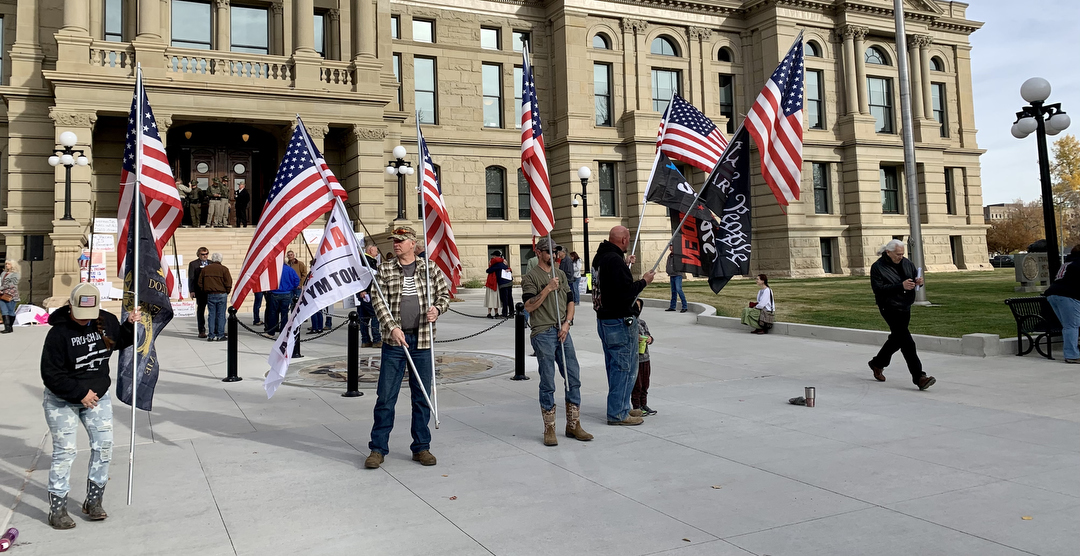 CASPER, Wyo. — After seven days in special session, the Wyoming Legislature passed one piece of legislation and one of the legislators vocal in calling for the special session expressed disappointment in its results on Thursday.

Rep. Chuck Gray (Natrona County) said on October 14 that he had “proudly cast a vote to go into special session to ban vaccine mandates.” On Thursday, Gray release a statement saying that he thinks the legislature failed to take “strong action” during the session.

One of the primary reasons the special session was held was to consider legislation to fight back against COVID-19 vaccine mandates issued by the administration of President Joe Biden. Rules for one of the Biden administration mandates were finalized on Thursday.

The Biden mandate applying to employers with 100 or more employees will be enforced through Occupational Safety and Health Administration rules and will require employees to either get vaccinated against COVID-19 or submit to weekly COVID testing, as the Associated Press reported Thursday.

While Gray and a majority of the legislature voted in favor of holding the special session, others said it would be a waste of time and taxpayer dollars. That includes the Wyoming Democratic Caucus, which highlighted the roughly $25,000 cost per day of holding a special session in a statement opposing it.

“The costs will vary depending on how many members choose to waive their per diem and for how many days,” Legislative Service Office staff said in an email to Oil City on Thursday. “Legislators must notify LSO of their intent in regards to waiving some or all per diem by COB Friday. As a reminder, it costs approximately $25,000 per day for the legislature to convene. That comes from legislator’s salary ($150 per day) and per diem ($109 per day).”

When the special session began, 20 pieces of legislation were proposed (with 20 identical mirror bills in the opposite chamber) for introduction. Special rules were proposed for the session to expedite consideration of the bills and keep the session short, but both the House of Representatives and the Senate shot down those special rules when the session convened on Tuesday, October 26, opening the door to a longer session.

One bill was passed during the special session and awaits consideration from Wyoming Governor Mark Gordon. The House and Senate worked into the night on Wednesday to reconcile differences with both chambers, ultimately passing House Bill 1002.

One aspect of the bill would do something that is already happening that didn’t require the holding of a special session — it would authorize the attorney general to initiate litigation against the federal government over COVID-19 vaccine mandates. Wyoming was among a number of states to file a lawsuit against Biden’s COVID-19 vaccine mandate applying to federal contractors on Friday, according to the AP. In addition Governor Mark Gordon said in a letter to the legislature at the start of the special session that Attorney General Bridget Hill was preparing to file lawsuits against other Biden vaccine mandates once rules for those mandates were finalized.

While Wyoming is already taking action to challenge Biden mandates in the courts, House Bill 1002 would authorize Hill to file a class action lawsuit against the vaccine mandates that Wyoming citizens and businesses could join. This was a concept that was added to the bill by the Senate. Part of the House and Senate’s negotiations on Wednesday was over how much money to appropriate to support such lawsuits. While the Senate had initially proposed $10 million, the final bill includes an appropriation of $4 million out of the state’s General Fund.

The bill also aims to prohibit public entities like counties, municipalities and school districts from enforcing federal COVID-19 vaccine mandates. However, that aspect of the bill is somewhat self-contradictory in that it is written so that it has no effect any time a federal COVID vaccine mandate is in effect. The ban on enforcing federal vaccine mandates would be in effect if a judge issues a pause on the federal mandates or if the federal mandates are repealed or deemed by a court as illegal or unenforceable.

Outside of House Bill 1002, which awaits a decision from the governor, no other legislation was passed during the special session. The Senate on Wednesday killed a bill that dealt with employers’ ability to enact vaccine mandates for workers after lengthy debate about the bill’s constitutionality. With even proponents of the bill acknowledging it wouldn’t do anything in the immediate term to protect the jobs of people unwilling to comply with company-issued vaccine requirements, the Senate defeated it in a close vote.

Efforts to require health officials to approve vaccine and mask mandate waivers for students should parents request one failed during the session. The Senate killed an effort to consider Medicaid expansion. The Wyoming Democratic Caucus proposed directing funding to provide relief to people suffering from the COVID-19 pandemic, but the House rejected that effort.

Throughout the special session, there was debate about the constitutional issues and whether the legislature would be able to do anything more than shake fists at the federal government. There was also debate about whether to put business in the middle of the state’s fight against federal mandates and how to strike a balance between protecting the interests of individuals and businesses.

There was also a moment of controversy when Rep. Steve Harshman (Natrona County) cursed Gray over a hot microphone last Thursday. Harshman apologized to Gray and the House the next day and had his privileges to remotely participate in the session revoked.

Gray and Harshman were on the same side in terms of whether the special session should be held at all. Among senators and representatives representing districts in Natrona County, the vote on whether to convene a special session was split.

“Aye” votes among members of the legislature representing Natrona were as follows:

“No” votes among members of legislature representing Natrona County were as follows:

Two representing Natrona in the legislature did not cast a vote on whether a special session should be held: