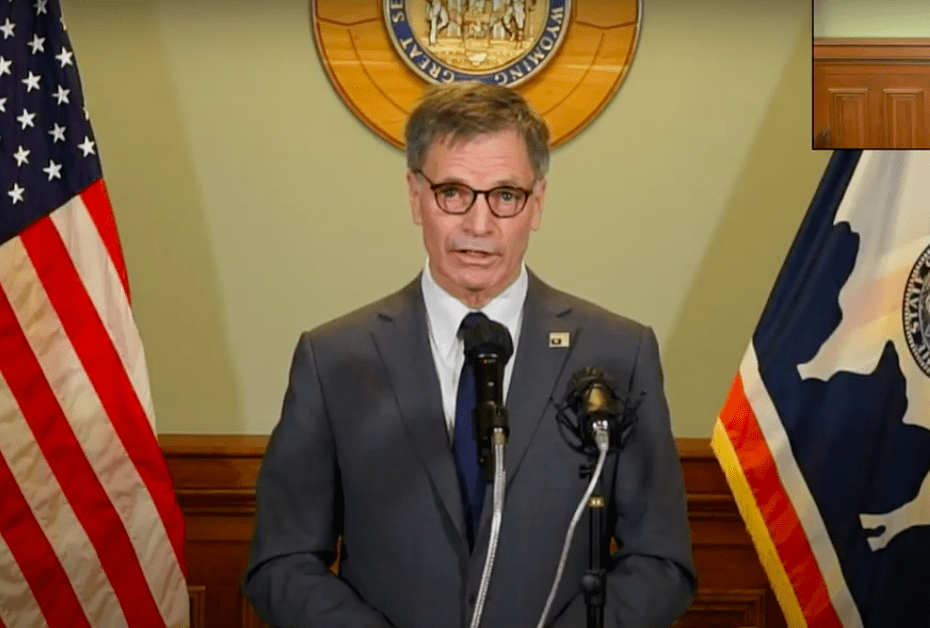 Gordon will also hold a news conference starting at 1:30 p.m. Monday, November 15 to discuss the new budget proposal. That conference will be held in the Wyoming Capitol.

The governor’s budget proposal will come in advance of the Wyoming Legislature’s upcoming budget session. That session will begin at 10 a.m. Monday, February 14, 2022.

During the legislature’s budget session, bills other than budget bills will require a two-thirds majority vote in order to be introduced for consideration.

During the 2021 General Session, the legislature passed a supplemental budget bill that included over $430 million in cuts and eliminated 324 state positions. Gordon signed that bill into law.

The legislature failed to pass a bill to address looming deficits in education funding during the 2021 General Session. Legislators have been discussing ways to address the deficit during the interim. WyoFile reported in July that if cuts or additional revenue sources are not found and unless Wyoming’s energy sector sees a major rebound, “rainy day” funds and state investment returns may be used to cover the education deficit by 2025 or even earlier.