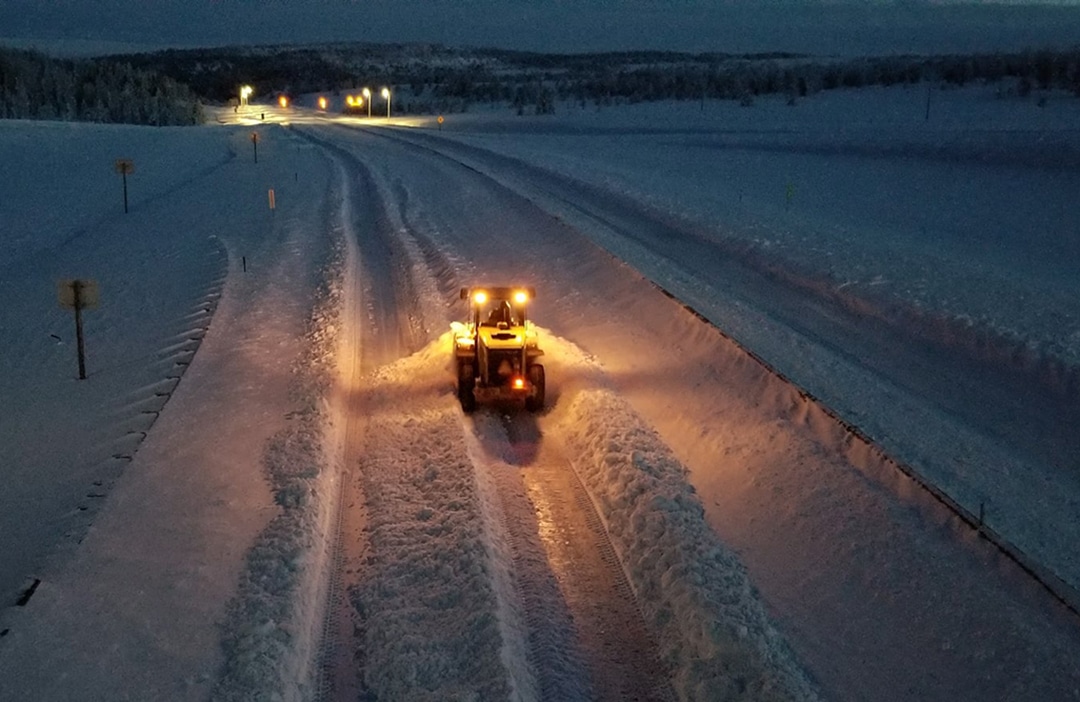 A WYDOT plow works Interstate 80 on Summit in March 2021 after a historic weekend snowstorm closed many interstates and highways in the state. (WYDOT via Facebook)

CASPER, Wyo. — Wyoming Governor Mark Gordon discussed his proposed new budget for the 2023-2024 biennium during a press conference on Monday.

In his budget message to the Wyoming Legislature, which will consider the governor’s proposal during the 2022 Budget Session that begins in February, Gordon said the he is proposing a “frugal budget with the hope that we can save more than $400 million in additional revenues that can help to avoid having to make the kind of draconian cuts we were compelled to last year.”

While the 2021-2022 biennium began with about $2.8 billion in General Fund appropriations, that budget was slashed by over $430 million and 324 state positions were eliminated under a supplemental budget bill that Gordon signed into law in spring 2021.

Gordon said on Monday that some of the cuts that were implemented have yet to take effect and that with the complex influx of COVID-19-related federal funding the state has seen, it is unclear when Wyoming will have a clear sense of the impacts of those cuts.

Gordon’s new budget proposal seeks to conserve Wyoming’s standard budget, or the budget that is theoretically needed for agencies to continue providing services they currently provide.

However, agencies across the board are facing struggles finding and recruiting employees, according to Gordon. In his budget message, Gordon says that “7,700 of Wyoming’s 8,000 state employees are being paid below 2017 market rates.”

Gordon said that salaries for state employees are lagging behind not only those of other state governments, but also behind counties and municipalities. In his budget message, Gordon points to the example of the Wyoming Department of Corrections, where he says the state is “hemorrhaging money … because the folks it can hire and train are quickly snapped up by police departments and sheriffs’ offices.”

Gordon said that the DOC is struggling to fill some vacancies and that overtime pay for employees the department does have is expensive.

He said that it is also becoming increasingly difficult for the state to find people willing to work as snowplow drivers, which are essential to keeping Wyoming’s highways open during the winter. He said such workforce issues are impacting many areas, including essential services for seniors, children and those with disabilities.

With agencies in general paying under-market rates and struggling to find and retain talent, Gordon is asking for about $52.5 million in the new budget to bring wages closer to market. His proposal seeks to treat all agencies in an equivalent manner.

In addition to attempting to bring wages closer to market rates, Gordon’s proposal seeks to address compression issues (the gap between supervisor pay and those they supervisor or the gap between pay for experienced employees and new employees). Gordon said his proposal also intends to “reimplement a merit-based approach to pay.”

Even if the Wyoming Legislature agrees to provide the funding to bring state employee pay more in line with the market, Gordon said in his budget message that his request would not catch Wyoming up to current market rates: “It gets us a bit closer to what our peers were paying last year.”

With inflation in mind, Gordon is also proposing $36.3 million to fund the first year of an “external cost adjustment” for K-12 education.

Wyoming Budget Department Director Kevin Hibbard explained during the press conference that there are two main aspects to ARP funding. One is the ~$1.068 billion in direct revenue assistance allocated to Wyoming. Wyoming is also eligible for about $502.7 million in ARP funding to offset revenue losses the state incurred due to the COVID-19 pandemic. It is that $502.7 million that Gordon’s budget seeks to allocate.

Hibbard said that the budget department would work with the legislature’s Joint Appropriations Committee in hopes that the legislature can find a way to utilize the full $502.7 million in ARP funds. He noted that this funding is significantly different from federal CARES Act funding because the ARP dollars are eligible to earn interest for Wyoming.

Gordon is proposing resuming spending on maintenance of state buildings to the tune of about $185 million out of the General Fund during the new biennium. The state has been deferring spending on such maintenance but Gordon said that doing so for too long “will ultimately cost us more.”

Gordon’s budget proposes about $1.7 billion in appropriations for the School Foundations Program, the primary place out of which education in the state is funded.

The governor said there are areas where Wyoming cannot make any further cuts without putting institutions at jeopardy. He said that higher education is such an area and that any further cuts could put institutions at risk of losing accreditation. The governor’s budget aims to restore about $7 million to the University of Wyoming after the recent cuts and would restore $4.5 million to community colleges.

The governor is also concerned about wildfires, noting that there have been wildfires even into November in northeast Colorado and the Nebraska panhandle. Gordon said his budget seeks $20 million to replenish the state’s fire contingency account.

Gordon’s budget proposes keeping the direct distributions the state pays to counties and municipalities at $105 million for the biennium.

The governor said Monday that he will also be presenting further details on what he proposes doing with American Rescue Plan Act dollars in December.

The governor’s proposed budget will be debated by the Wyoming Legislature in the 2022 Budget Session. The proposed budget can be explored in detail online at Wyoming Sense, a website the governor has touted as a means to help provide greater transparency in regard to Wyoming’s budgetary picture.