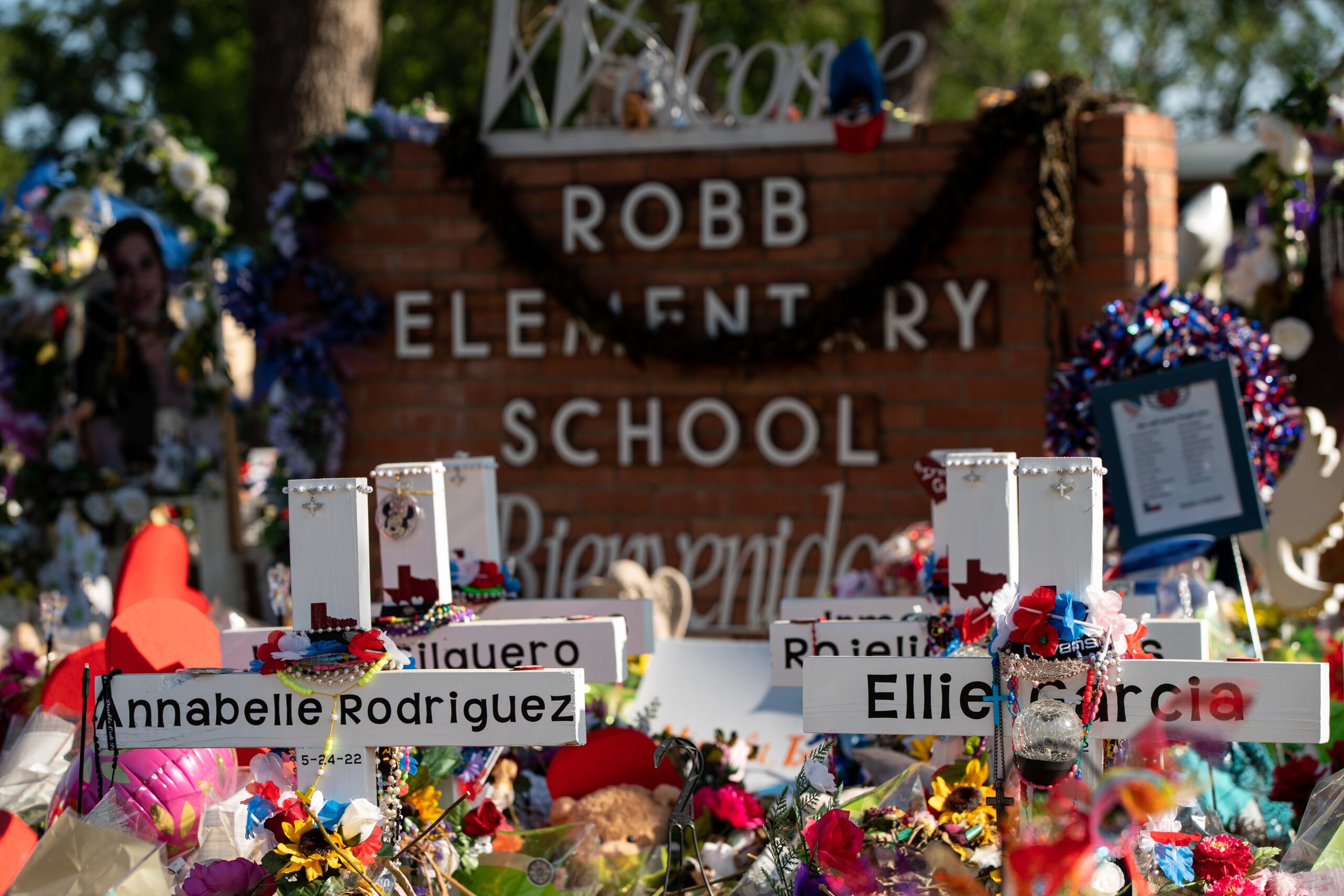 Texans visit the memorial at Robb elementary school dedicated to the victims of the May shooting in Uvalde, Texas. (Shutterstock)

There have been efforts to develop new gun laws after 19 students and two teachers were shot and killed and 17 other people were wounded in the May 24 school shooting at Robb Elementary in Uvalde, Texas.

A bipartisan proposal in the U.S. Senate would make juvenile records of people under 21 available for background checks when such individuals attempt to purchase guns, according to the Associated Press. It would also give money as incentives to states if they enact “red flag” laws. Such laws allow law enforcement to obtain court orders to temporarily seize guns from people considered a danger to themselves or others.

The proposal would also include money aiming to improve school safety and mental health programs, according to the AP. The proposed legislation would also require people who informally sell guns for profit to obtain federal dealers’ licenses, would prevent convicted domestic abusers who don’t live with a former partner from buying firearms, and would make it a crime for someone able to purchase firearms to buy a weapon for someone not able to own guns, the AP added.

A June 10 letter signed by 12 members of the Wyoming House Freedom Caucus urged Barrasso and Lummis to oppose attempts to pass gun control measures, saying the caucus sees such proposals as an attempt to take away constitutional rights.

“It is clear from our country’s history that those who will obey the laws of this land will do so while armed,” the caucus said. “Yet, those who will perpetrate evil, will do so with or without arms and when the prior are armed, the latter are meeker.

“Gun control legislation will not and cannot protect our school children.”

The caucus argued in the letter that allowing school staff to conceal carry is an example of a “serious way to protect Wyoming schools.”

While the caucus urged Barrasso and Lummis against supporting gun control measures, the letter asked the senators to support legislation “that will strengthen school security so that they are no longer an easy target for these senseless actions of a few deranged individuals.”