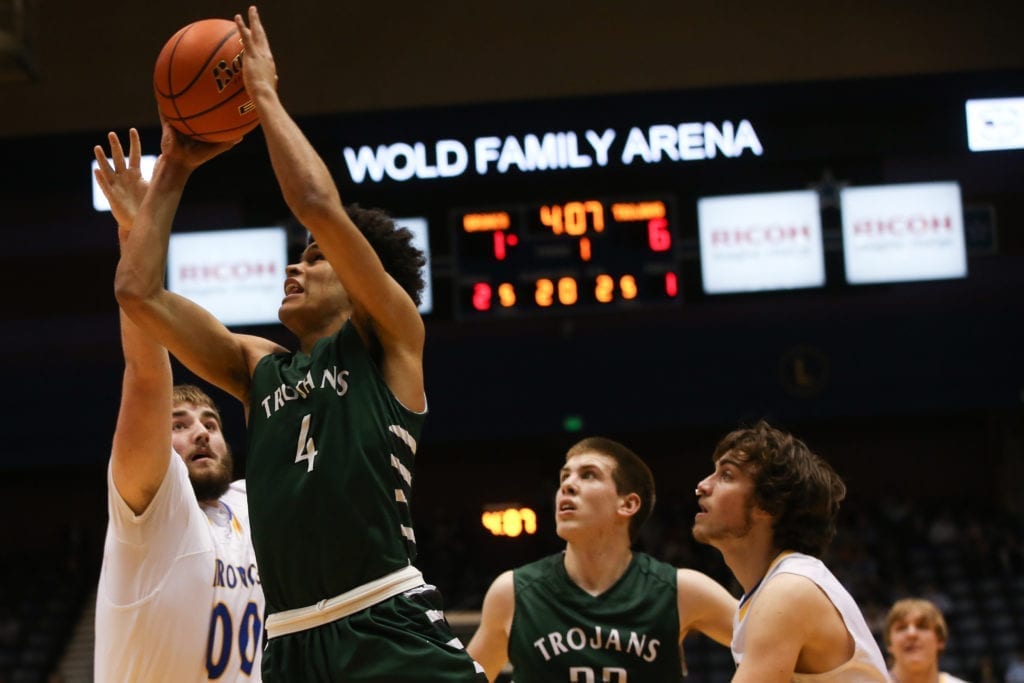 Manny N'Tula (4) of Kelly Walsh shoots with a guard by Sheridan's Blayne Baker (00) in the first quarter of action during the 4A boys WHSAA State Basketball semifinals on, Mar. 10, 2017, at the Casper Events Center.

The Kelly Walsh Trojans beat out Sheridan, 54-37, to move on to the finals of the 4A boys Wyoming State Basketball Championship at the Casper Events Center. Kelly Walsh will play Rock Springs on Saturday, March 11th in the final game of state basketball in the Casper Events Center following 3A games, and 4A girls. Manny N’Tula (4) of Kelly Walsh put 23 points on the board for the Trojans alongside Jaxon Hiatt’s (11) 20 points in the first and second halves. The Trojans are the only Casper-area team still in the running for the state title.

The Natrona County girls basketball team lost to Gillette 60-42 in the 4A girls Wyoming State Basketball Championships on Friday, March 10, 2017. The Fillies will move on to play for a third place state finish against Laramie on Saturday, March 11th.