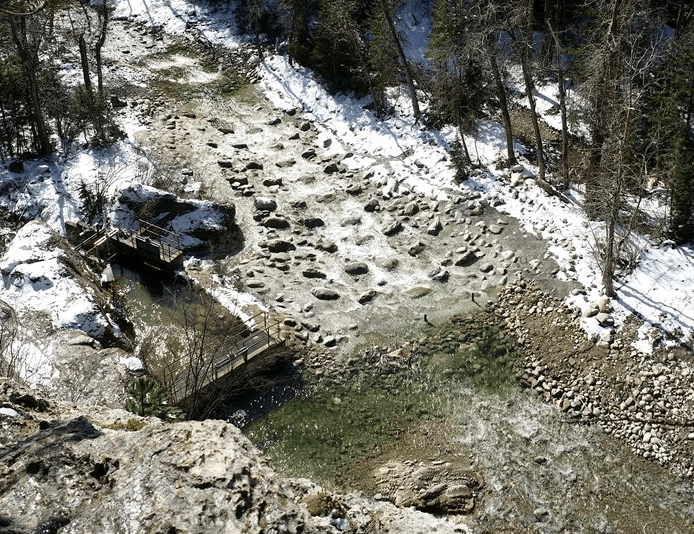 CASPER, Wyo. — The Wyoming Game and Fish Department said in a news release Tuesday that its fish hatcheries depend on cold, clean water that comes from melting snowpack in Wyoming’s mountains.

The locations of the state’s fish hatcheries were chosen primarily by the quality of the water. Wyoming is a headwaters state and the melt-off from mountain snowpack can be referred to as “recharging the spring,” Game and Fish stated.

“The number of fish you can raise is primarily based on the amount of water you have,” Guy Campbell, culture supervisor with Game and Fish, said. “Lots of clean, fresh water helps hatcheries meet the quotas and stocking plans for fish each year.”

Cold water is particularly important for raising trout, and the hatcheries and rearing stations in Wyoming are located where water temperatures are between 46 and 60 degrees. An example is the Story Hatchery, which is the only hatchery in the country with a captive broodstock of genetically pure golden trout, Game and Fish said. Golden trout are able to flourish at the Story Hatchery because the temperature profile of the water closely mimics the seasonal water temperatures that such fish would experience in high mountain lakes.

“Trout need a good, clean spring water source,” Campbell said. “Spring water sources, like the ones where our hatcheries are located, are a reliable water source that generally don’t carry pathogens that are harmful to fish health.”

People are able to visit fish hatcheries in Wyoming to learn more about how fish are raised in the state.

“Hatchery locations and details about their history can be found on the Game and Fish website,” the department added.