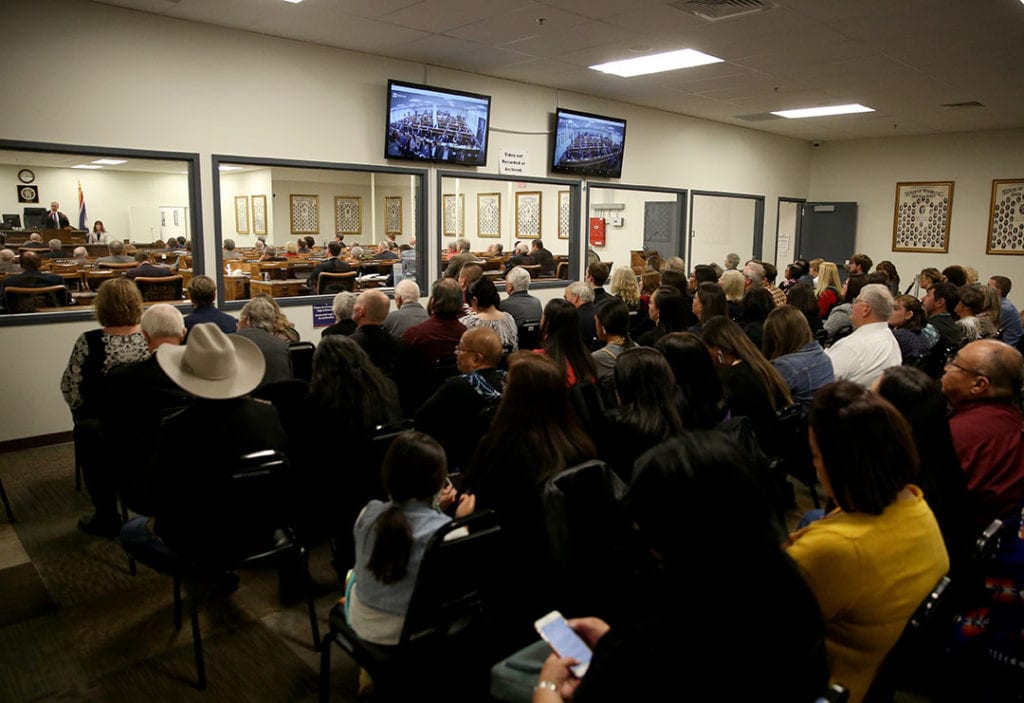 The House of Representatives gallery is packed during the opening session of the 2019 Wyoming Legislature on Jan. 8, 2019, in the Jonah Business Center in Cheyenne. (Dan Cepeda, Oil City)

The Wyoming House of Representatives passed House Bill 14, a bill proposing that Wyoming no longer adjust its clocks during daylight savings time. The House passed the bill on Monday, Jan. 28.

The House passed the so-called “Mountain Daylight Time” bill with a vote count of 35 to 23. The measure would not be adopted unless it passes in the Wyoming Senate and until at least three “contiguous” states also enact the change.

Casper Representative Joe MacGuire voted against the bill, though he said the decision carried no particular personal significance.

“We have a substantial number of people that move back and forth across state lines and or are tethered to other states,” he said.

“I don’t think that it will help business, schools or travelers etc. if we are constantly adjusting to our neighboring state’s time zone. Personally it makes no difference to me. If our neighboring states were in the process of changing, I would be on board. I have no emotional attachment either way.”

The bill has been received for introduction in the Senate.