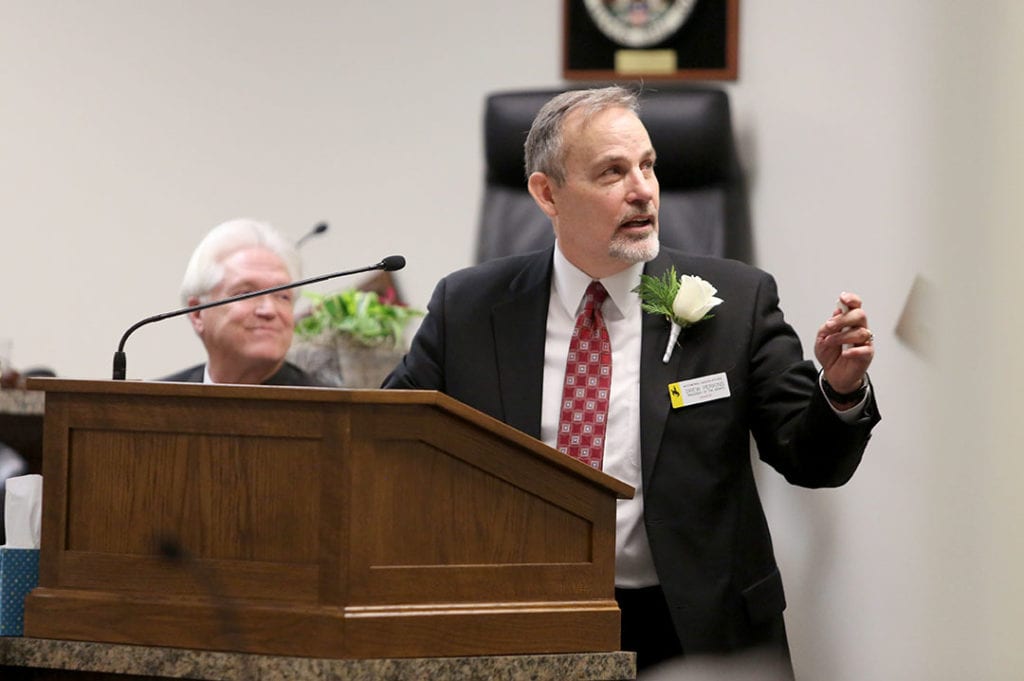 In a dramatic bit of parliamentary maneuvering, the Wyoming Senate suspended its rules Wednesday at the direction of its leadership to introduce four alternative budget bills. The late game shift, they say, is designed to fund essential state operations if the overall budget bill fails.

Senators are balking at the amount of spending the House put into the supplemental budget. The backup funding bills signal their willingness to walk away from a comprehensive budget bill, thus leaving a number of state agencies without money they need.

The four new bills include funds for the Department of Health and Department of Family Services, an inflation-based increase to public schools, and an air service subsidy.

For the Senate’s bills to move forward, the chamber must continue the suspension of its rules that established Wednesday, the 21st day of the session, as the last day for bills to move from Senate to House and vice versa. It would also require accommodation by the House.

House Speaker Steve Harshman (R-Casper), however, flatly declared late Wednesday that the House would not suspend its rules to accept the new bills.

The proposed supplemental budget was debated for weeks by the Joint Appropriations Committee and for days in both the House and Senate. But now negotiations over the budget are happening at the highest levels of the Legislature, between chamber leaders and the chairmen of their respective Appropriations committees.

Suspending the rules for one reason or another is not unheard of in the Wyoming Legislature, but longtime legislative observers said the prospect of a supplementary budget bill failing would be.

The new levels of “gamesmanship” between the chambers is damaging the transparency and effectiveness of the budget process, said Senate Minority Leader Chris Rothfuss (D-Laramie).

“The rest of the Legislature ends up being held hostage,” Rothfuss said. “We sit back and we watch the majority leadership, the chairmen of the [Joint] Appropriations Committee battle it out and really nobody else that isn’t directly involved has any say in the outcome or gets their interests reflected.”

Harshman in essence agreed with the Senate minority leader. “That’s why you have a conference committee and the process,” he said. The Legislature ultimately will not be able to walk away from many funding obligations, he said.

“We’re not going to do that and they’re not, either,” he said.

Rules may also have to be suspended to revive a bill to fund certain state construction projects. The Senate voted unanimously to kill SF162 – State fund capital construction. But there were projects in the capital construction bill some deem essential, like money to repair a problematic roof at the Wyoming State Prison.

The Senate chose to use its vote on SF162 to emphasize its opposition to the House version of the supplemental budget. Bebout laid out his opposition in a short speech before the final vote on the measure.

“I think that number, pick a number, but it’s somewhere between 70 and 80 million dollars. We’re talking potential revenue enhancement in different ways, diversions of money, capturing money, possible some increases in different areas.

“These are good projects. They’re there. They’ve been vetted. There’s no question about the need. It’s the timing, Mr. President.

“Now’s not the time, with all that’s going on, to go ahead and spend the amount of money [included] in this on capital construction when we have other demands on the state. We have deficits we’re looking at down the road. It’s just not good fiscal management.

“The last thing I would close with is that Wyoming consistently ranks Number one, two, three or four in the country for the way we run our books and try to be fiscally responsible. So, Mr. President, I would ask the Senate to vote no on Senate File 162.”

The 0-30 vote to kill the bill quickly followed.

A stare down between the chambers is not without political risk. Failure to fund the construction projects poses negative political ramifications, namely over the status of state healthcare facilities for veterans. Others may not see a state airline subsidy as essential.

Rothfuss said he anticipated “strange parliamentary procedures … to cover up for other strange actions.”

Harshman (R-Casper) downplayed the confrontation. Things will “work out,” he said.

The Senate’s four new bills fund a $15 million subsidy for airlines flying in and out of Wyoming, a $9 million external cost adjustment for education funding — which school advocates and Rothfuss say is so low it fails to meet constitutional requirements — and additional funding for the Department of Health and Department of Family Services.

Bills to fund those two agencies are necessary because of budget maneuvering last year, when state budgeters chose to fund some aspects of the two agencies for only one year instead of the full biennium. At the time, appropriators questioned the accuracy of certain projections by the agencies and said they wanted to see how they panned out. Critics called it an underhanded way to balance the state’s budget by leaving a year of significant expenses off the ledger.

“We can’t leave Cheyenne without resolving some issues that are still hanging in the budget,” Senate President Drew Perkins (R-Casper) said.

Pressed on the money for air service, senators argued that providing $15 million was essential. “We have [contract proposals] out there that have been submitted and bids in,” Bebout said. “We can’t walk away from that.”

Airlines have made deals with the state for funding that could run out, Perkins said. Air service to Sheridan, Riverton and Gillette could be affected, Perkins said.

How will House react?

Before Harshman said he wouldn’t suspend the rules for the new bills, Bebout indicated it’s unclear how the Senate’s strategy will play in the House. If the Senate continues to suspend its rules and passes the bills, the House will be free to amend them as it pleases before sending it back down.

“They can Christmas tree them again absolutely,” Bebout said, invoking a legislative cliche for hanging ornaments — amendments that include more appropriations in a bill. “And then we’re back” where they started, Bebout said.

But Bebout wants to avoid a repeat of last year, he said, when differences between him and the speaker over public schools funding led to an extended session that required lawmakers to return to Cheyenne. “That didn’t leave a very good taste in anyone’s mouth,” he said.

Covering some of the state’s essential needs could smooth the way for an on-time resolution, Bebout said.

But lobbyists worried about funding for some state entities were less sanguine. Education advocates saw their funding again being dragged into a war of personalities between House and Senate leaders.

A lobbyist for Wyoming’s community colleges said both a failed budget bill and failed capital construction bill would be a blow to the schools. The uncertainty comes even as state leaders look for more career and technical education to boost economic development efforts.

There are several community college projects in the dead-for-now capital construction bill, said Erin Taylor, a contract lobbyist for the  Wyoming Association of Community College Trustees. Costs for those proposed projects could go up by around 5 percent if the state waits a year, Taylor said.

Even more pressing is a request for $5 million for community college employee health insurance included in the House supplemental budget, HB1- General government appropriations. “All these [workforce development] bills are leaning on the colleges and without the health insurance … people are going to have to be let go,” Taylor said.

Leaving out huge chunks of the supplemental budget over failed negotiations, “it hurts the people who are impacted,” Taylor said.

Like Harshman, Perkins hopes the chambers will find common ground. “I think we’ll work this out,” he said. “I really do.”

Rothfuss expressed doubt that the eventual resolutions would be the most practical ones for the state.

“We’re not acting rationally,” he said, “where everyone is bringing their best game and trying to work towards a common solution that addresses the problems of the state.

“At this point in time it’s really more politics and personalities and wanting to win.”