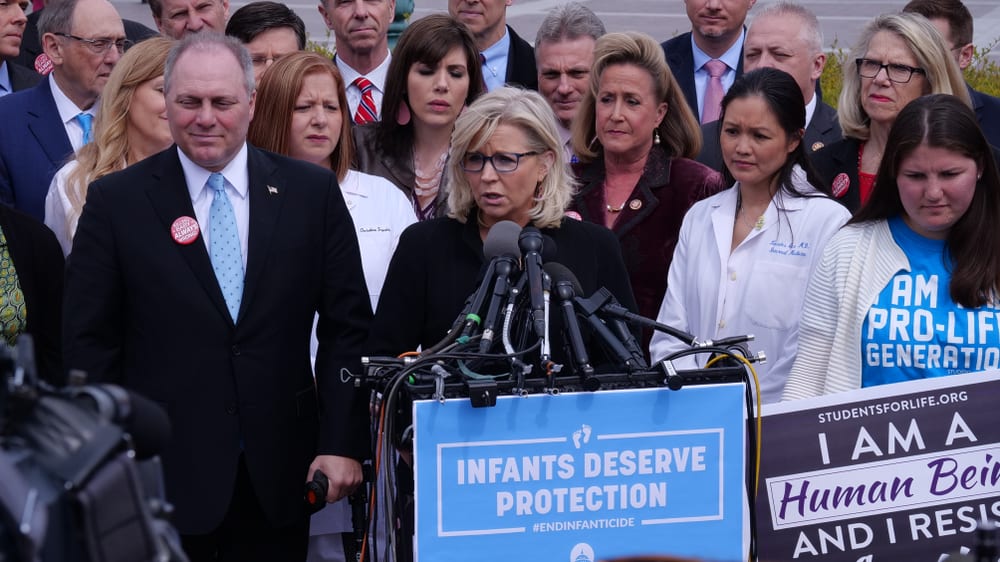 The Hill reports that some House Democrats “have sought to remove the language, arguing it hinders women’s care.”

Cheney’s office said that she signed the letter in response to Democrats’ aims “to eliminate or weaken the Hyde Amendment and other pro-life provisions.”

“Repealing these pro-life provisions would destroy nearly half a century of bipartisan consensus,” the letter states. “Each year since 1976, Congress has included Hyde protections in annually enacted appropriations. No president in American history has ever vetoed an appropriations bill due to its inclusion of the Hyde Amendment.”

The letter argues that the amendment “has saved the lives of over 2 million innocent babies 5 and continues to protect the conscience rights of a vast majority of Americans opposed to publicly funded abortions.”

“We cannot allow the Hyde Amendment and other important pro-life safeguards to be decimated by Congressional Democrats,” the letter adds. “Accordingly, we pledge to vote against any government funding bill that eliminates or weakens the Hyde Amendment or other current-law, pro-life appropriations provisions.”