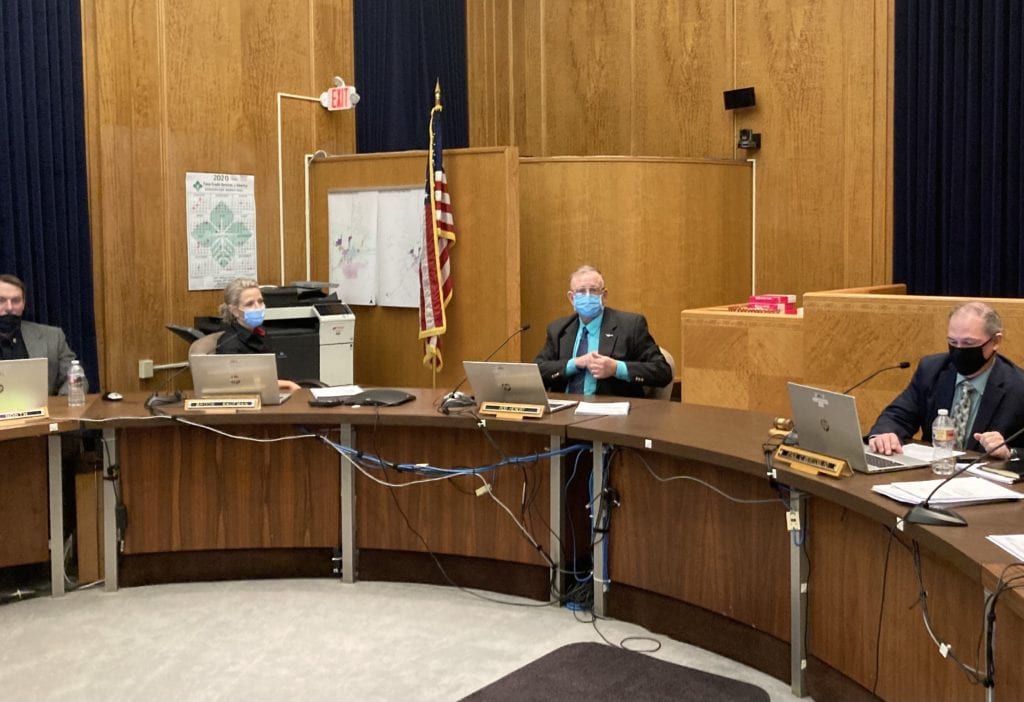 CASPER, Wyo — Two members of the Natrona County Commission expressed their support for U.S. House Rep. Liz Cheney at the close of their regular meeting Tuesday .

Cheney has faced significant rebukes from Wyoming’s Republican Party and been censured by several county GOP organizations for her vote in Congress to impeach then-President Donald Trump on charges of inciting the Jan. 6 riot at the U.S. Capitol.

Censuring is formal statement of disapproval by a political party with no legal bearing, and there is no provision in the U.S. Constitution to recall a federally elected official.

“All this talk [of removing and censuring] is doing nothing to help the state of Wyoming,” said Chairman Paul Bertoglio.

“There is not a stronger voice in [Washington] D.C. for Wyoming than Liz Cheney,”  he said. “All this talk [of removing and censuring] is doing nothing to help the state of Wyoming.”

Bertolgio said people should “take a step and back and look at what she’s done for the state,” especially as he said Wyoming is “under attack” by the Joe Biden administration, which has issued moratoriums on drilling and leases on federal lands.

Cheney has introduced two pieces of legislation,  the “Safeguarding Oil and Gas Leasing and Permitting Act” and  “Safeguarding Coal Leasing Act” to prohibit such moratoriums unless approved by a joint resolution in Congress .

“There is no more effective voice in Wyoming, for Wyoming, than Representative Cheney… I take what she has accomplished and look at that.”

Bertoglio added that while he didn’t necessarily agree with Cheney’s now infamous vote on Trump’s impeachment, he said “to try and kneecap her is absolutely wrong.”

He added that people should appreciate the gravity of the attack on the U.S. Capitol.

“You’ve got to take into consideration that those House members were breaking legs off chairs [in fear] of those protestors.”

He said if the deputies in the Natrona County Courthouse present were to have to “pull out their pieces to protect us; that’s scary.”

State Senator Anthony Bouchard of Goshen County has already announced a primary challenge to Cheney in 2022.