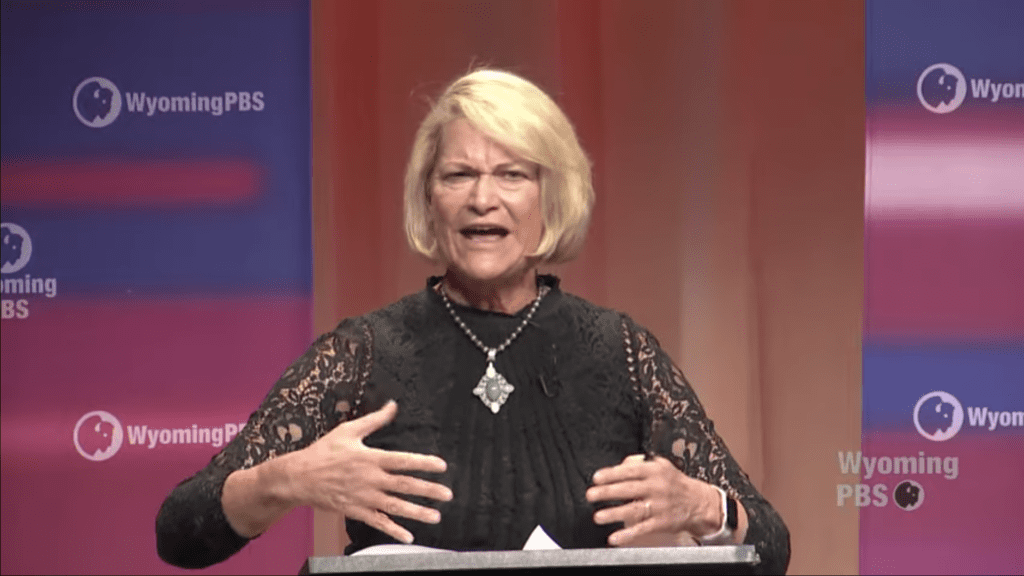 Wyoming U.S. Sen. Cynthia Lummis during a 2020 debate prior to her election. (Wyoming PBS, Youtube)

CASPER, Wyo. — Wyoming’s U.S. Sen. Cynthia Lummis has joined colleagues in introducing legislation that would label the Taliban as a terrorist organization.

Lummis’ office said Wednesday that the bill would also designated the “illegitimate” Islamic Emirate of Afghanistan as a state sponsor of terrorism.

Wikipedia notes that there is not universal agreement on the definition of terrorism. One definition pertaining to the U.S. Department of State’s responsibilities defines terrorism as “premeditated, politically motivated violence perpetrated against noncombatant targets by subnational groups or clandestine agents.”

Other senators backing the “Preventing Recognition of Terrorist States Act” include:

“The Taliban has a long record of human rights violations and terrorist actions,” Lummis said in the press release. “We must not exacerbate the Biden administration’s failure in Afghanistan by legitimizing the Taliban’s government. We should call the Islamic Emirate of Afghanistan what it is: a state sponsor of terror run by a terrorist organization.”

The proposed legislation would impose sanctions on individuals who knowingly give assistance to the Taliban. Lummis’ office says the bill would also require that the U.S. Department of State provide a report within six months to determine “whether the Taliban should be designated as a significant foreign narcotics trafficker under the Narcotics Kingpin Designation Act.”

The legislation would also aim to require the U.S. government to ensure taxpayer dollars don’t go to terrorist organizations in Afghanistan.