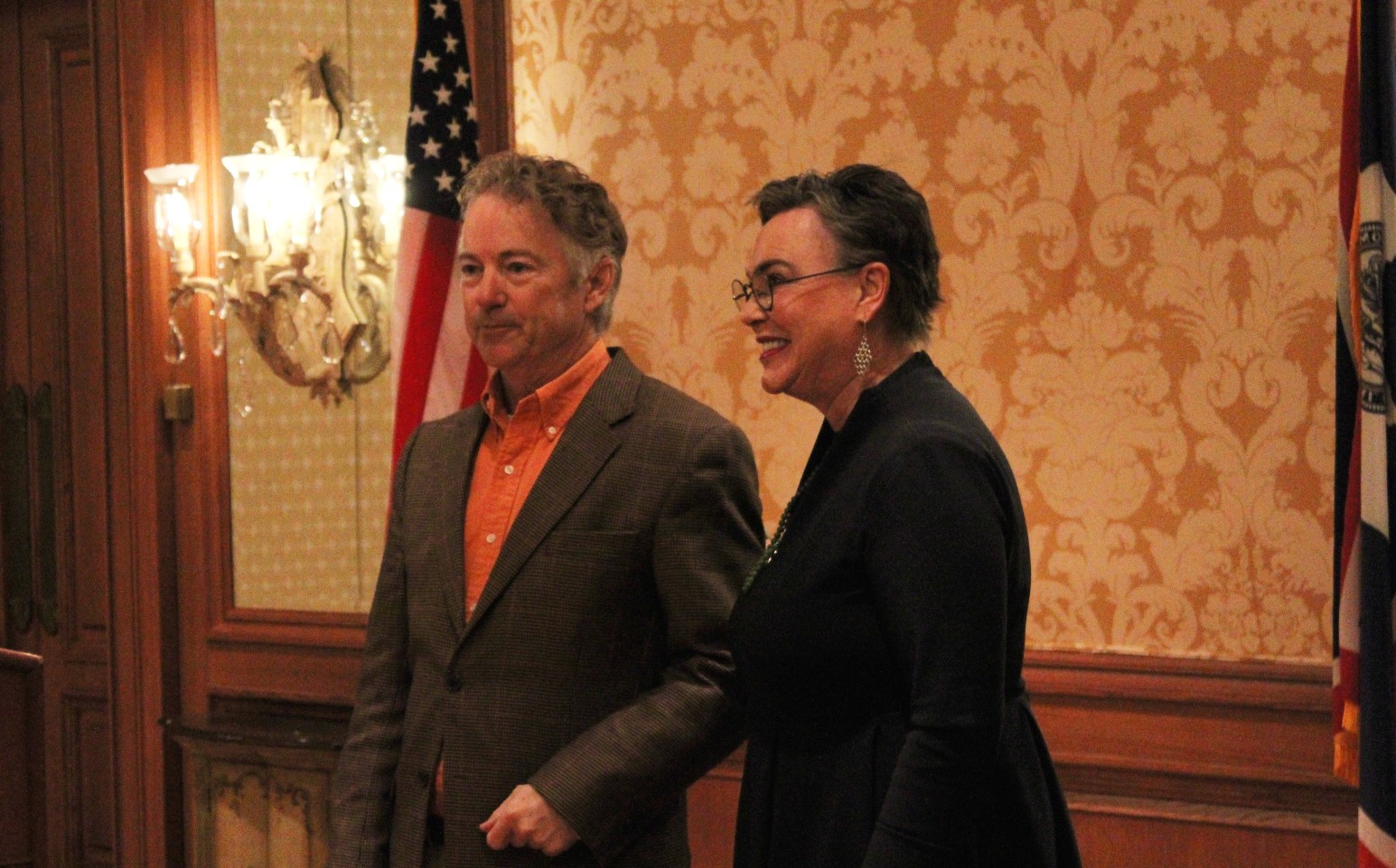 Hageman, a Cheyenne attorney, is running against Rep. Liz Cheney in the upcoming primary for Wyoming’s single house seat. Hageman is endorsed by Paul and former President Donald Trump, among various other political figures.

Paul and Hageman spoke to a packed Wyoming Ballroom at the hotel off of Lincolnway, teeing off on the likes of Cheney, Dr. Anthony Fauci and the Jan. 6 riot committee, among other talking points. The town hall was one of two scheduled for Monday across the state as Paul and Hageman left shortly after speaking for another event in Gillette.

“We are hungry for a change,” Hageman said to the crowd while on the lectern. “The people of Wyoming want someone from Wyoming, someone who understands Wyoming, someone who will put Wyoming first. … I’ve been fortunate to engage with Senator Paul several times over the last several months, talking about where this country is, where we’re going, what has happened over the last couple of years and what we need to do as public servants.”

Paul, one of Congress’s most recognizable names as the son of longtime representative Ron Paul and having been in his role as a senator for over a decade, praised Hageman and sharply criticized both Cheney and her father, former Vice President Dick Cheney, saying that Wyomingites have “got to do better” and vote Cheney out of office.

“This isn’t just about Liz Cheney, it’s a lot about Harriet Hageman,” Paul said to the crowd during his turn at the lectern. “I came to support Harriett because I knew of [her] work. I also knew of her work in defending your civil liberties on your health care, the idea that you make your decisions on vaccines and not the government, so I’m proud of her for that work. And I think she’s going to be a great candidate.”

Below are a series of photos taken by Cap City News from the event: