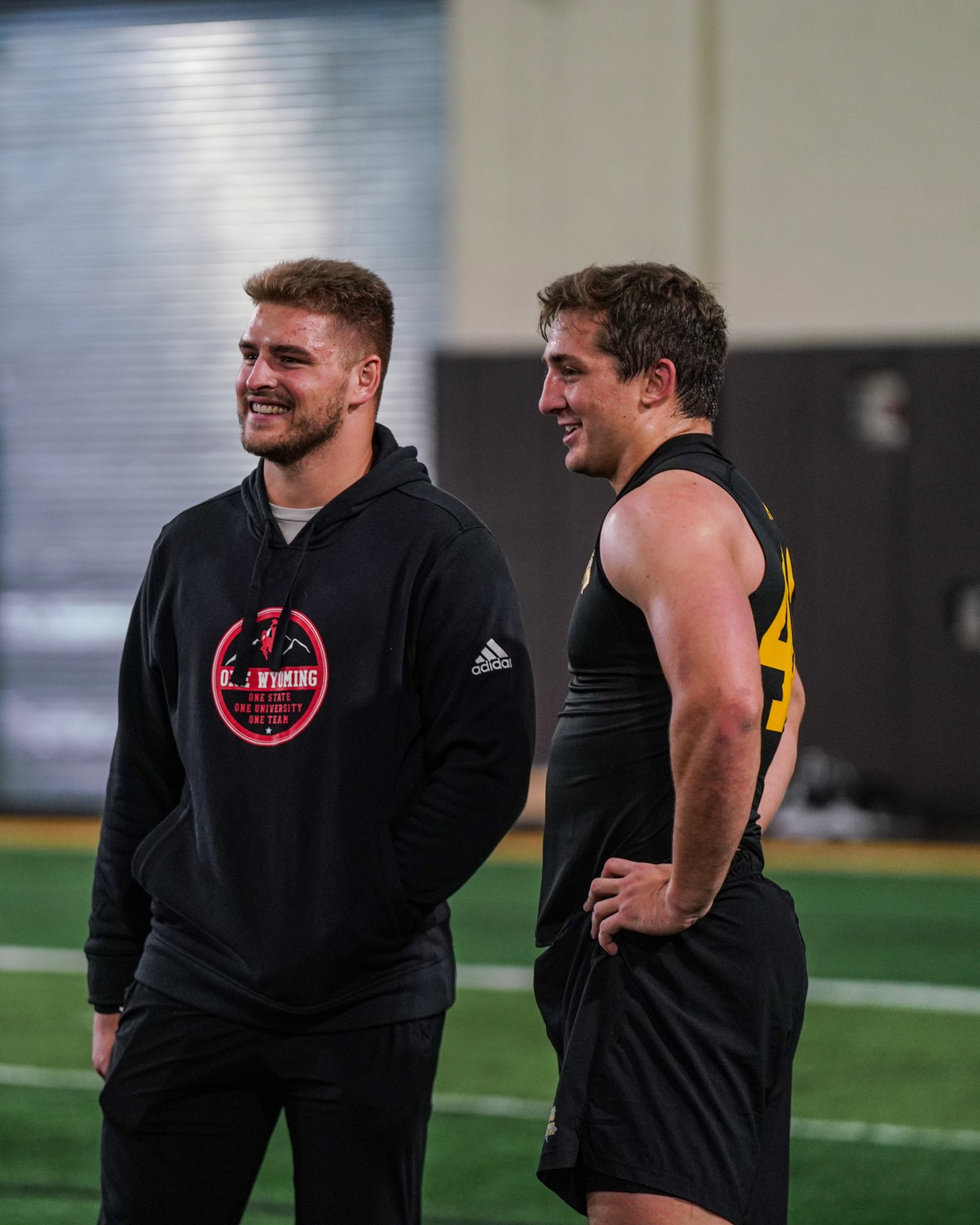 Much like his college predecessor, Logan Wilson, did a couple of years ago, former Wyoming football linebacker Chad Muma is getting plenty of attention from potential suitors ahead of the NFL Draft this month.

But according to a report from The Athletic, one of those teams could be close by to Laramie.

Per The Athletic’s Nick Kosmider, the Denver Broncos will be hosting Muma for a pre-draft visit at the team facility next week, one of the 30 official visits teams are allowed to conduct leading up to the draft.

Muma, a Colorado native, has been oft-projected as a second-day (Rounds 2 and 3) draft pick — and the Broncos currently hold three selections (64th, 75th and 96th overall) scheduled for April 29, the middle portion of the three-day event.

An Associated Press Third-Team All-American this past season and a two-time All-Mountain West Conference First Team selection in 2020 and 2021, Muma is widely expected to be Wyoming’s highest-picked talent in this year’s draft following his impressive collegiate career. A Day 2 selection would also be Wyoming’s second in three drafts after Casper native Wilson was the first pick of the third round (65th overall) by the Cincinnati Bengals in 2020.

Broncos scouts were in attendance for Muma’s Pro Day in Laramie last week after he originally showcased for teams at last month’s NFL Combine in Indianapolis. Several other outgoing Cowboys, including offensive lineman and Torrington native Logan Harris, also put on a show for scouts at UW’s Pro Day at the Cowboys’ practice facility.