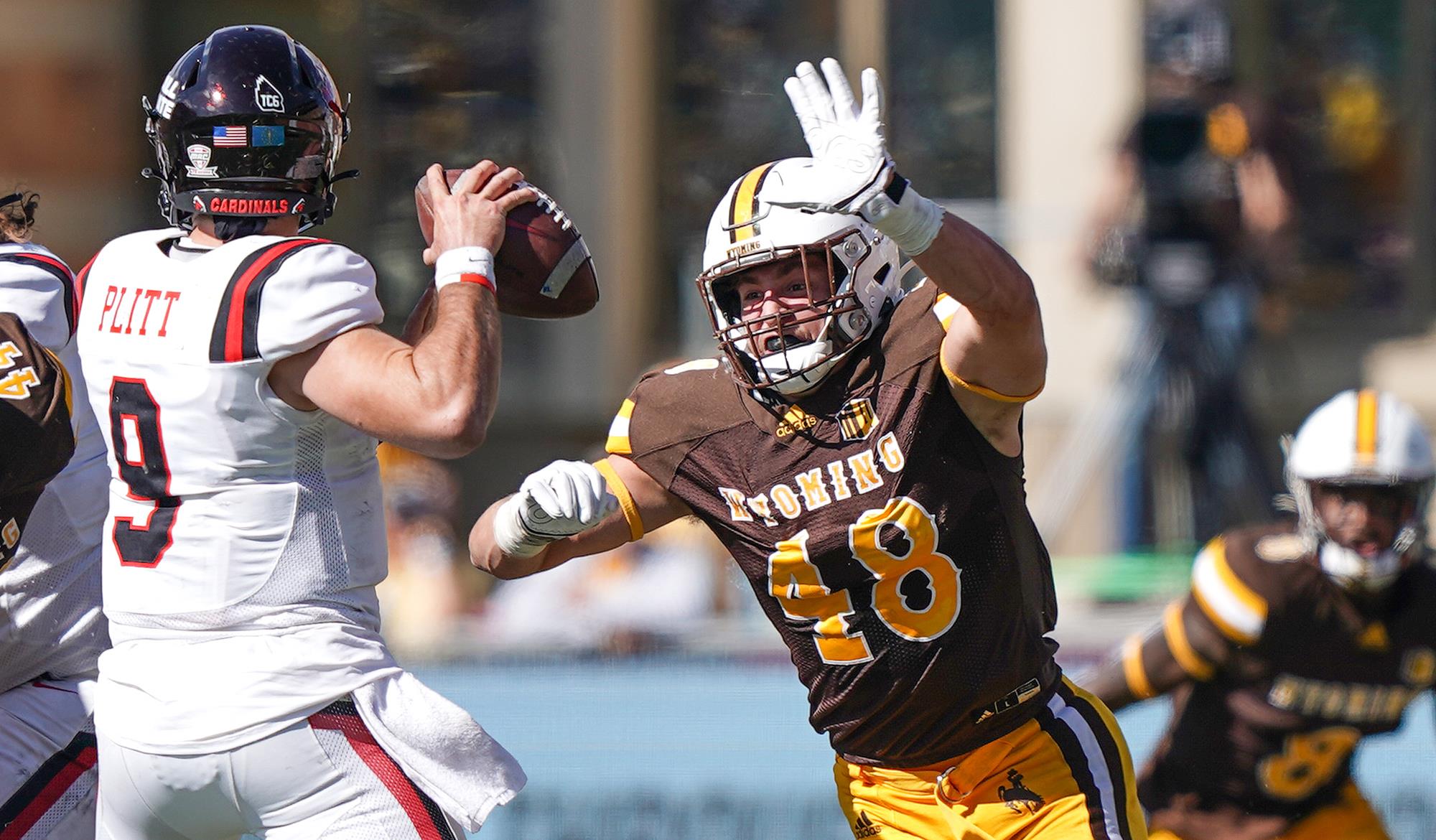 The former University of Wyoming linebacker joined a growing list of Cowboys playing professional football after the Colorado native was drafted in the third round (70th overall) by the Jacksonville Jaguars in the second day of the NFL Draft in Las Vegas on Friday evening.

He’ll join a defensive unit that struggled last season as Jacksonville limped to a 3–14 record, but will also reunite with former UW teammate Andrew Wingard, who has been with the Jaguars since 2019 after going undrafted that year.

Muma had a superb four seasons in Laramie, being named an All-Mountain West First Team selection his senior year, during which he recorded 142 total tackles with three interceptions over 13 games for the Famous Idaho Potato Bowl–winning Pokes.

He did well his final two seasons to fill the gap left at linebacker by Casper native and current Cincinnati Bengal Logan Wilson, who himself was a third-round pick in 2020 by his current team. During the COVID-impacted 2020-21 season — his first as a full-time starter — Muma tallied 71 total tackles over six games.