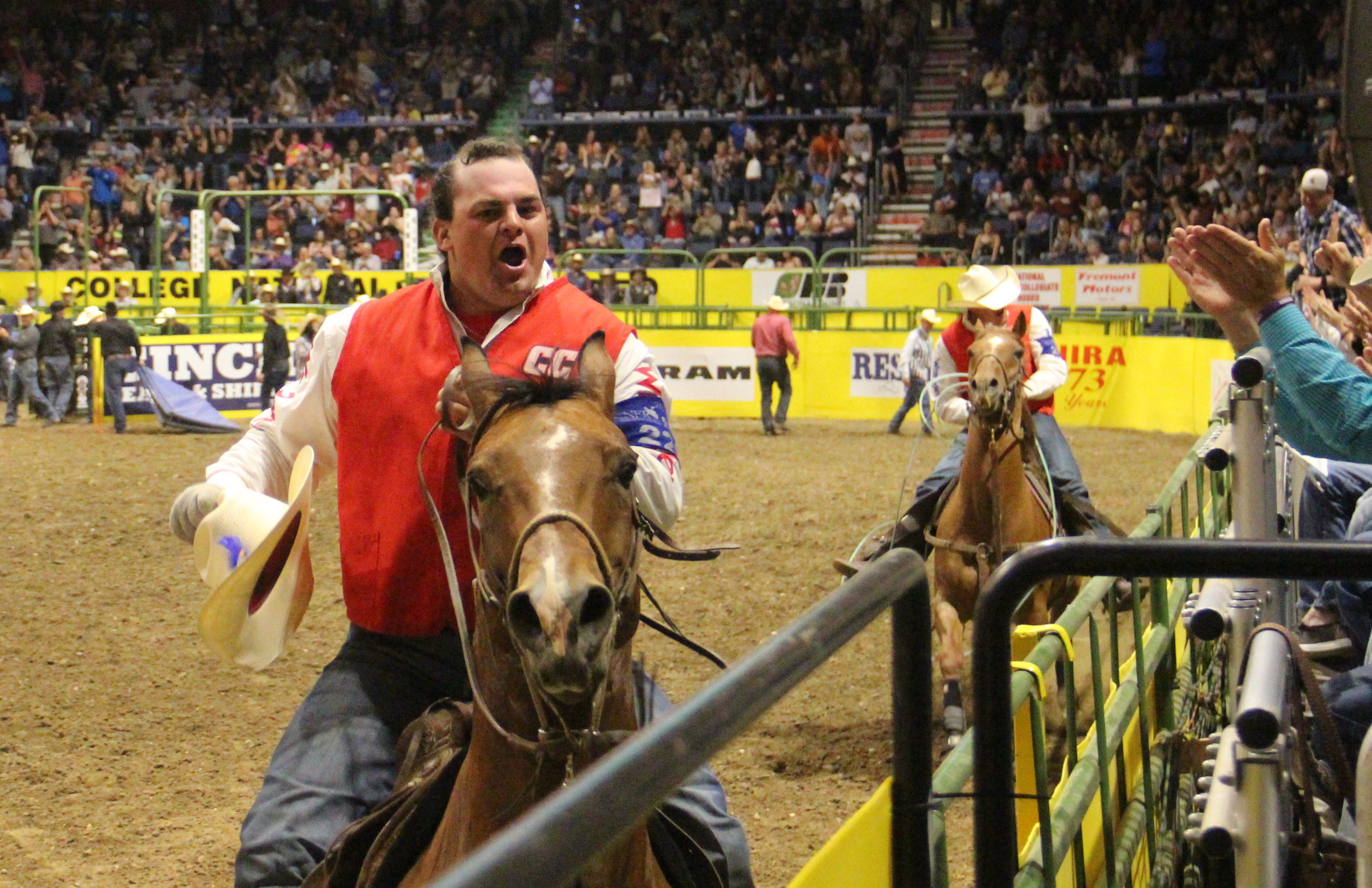 Casper College Rodeo's Kellan and Carson Johnson celebrate after their win in team roping at the College National Finals Rodeo on June 19, 2021 at the Ford Wyoming Center in Casper. (Gregory Hirst/Oil City News)

The College National Finals Rodeo, held all week at the Ford Wyoming Center in Casper, culminated with Saturday’s championship rounds as the country’s best cowboys and cowgirls tussled against human and beast in the hunt for a national championship.

So, how did the final day go? Below are the final placements for each event following the championship rounds — along with competitors’ final recorded scores for the week — per the National Intercollegiate Rodeo Association’s website, with those from Wyoming schools bolded: