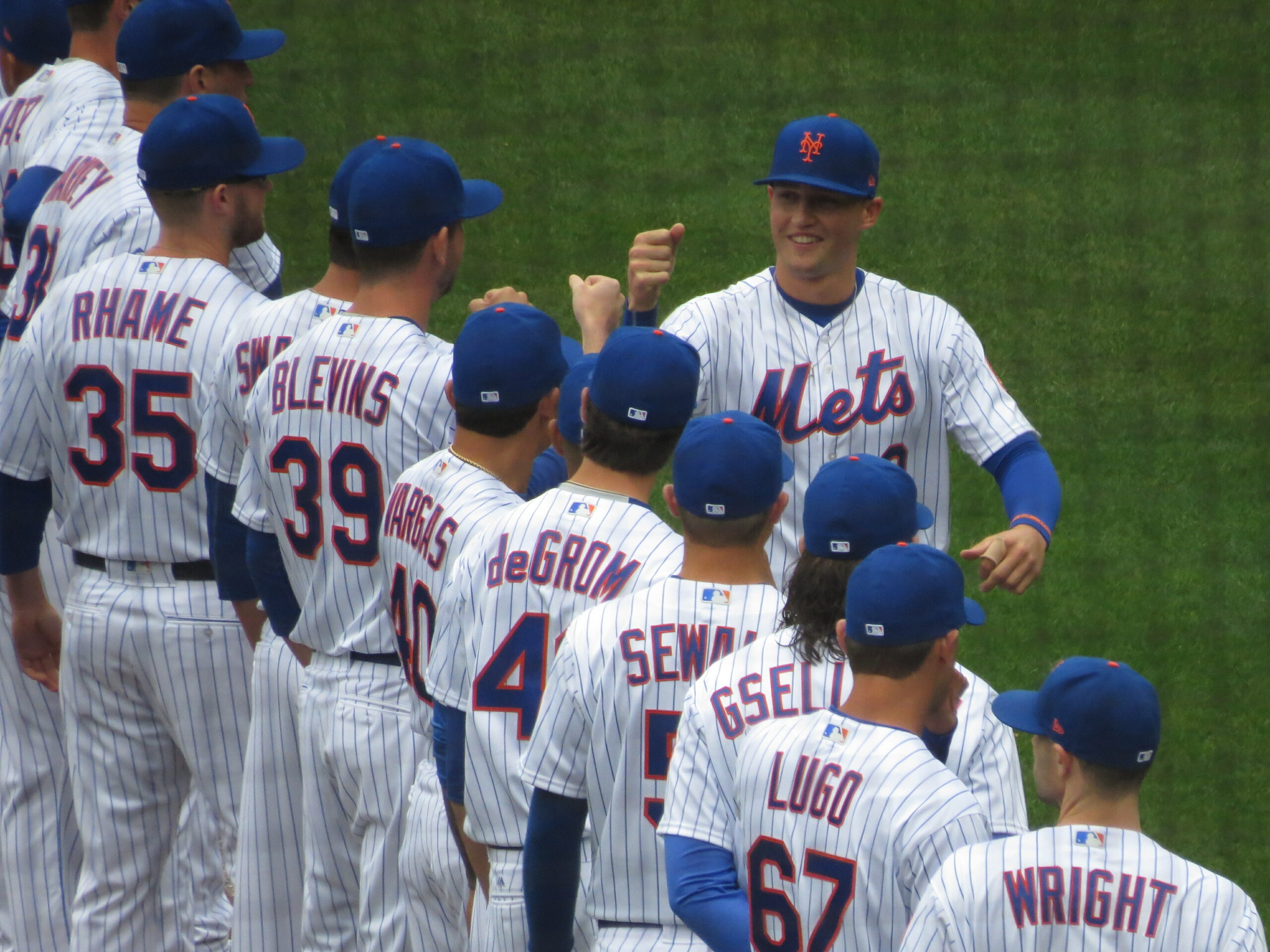 CASPER, Wyo. — The Wyoming Pro Sports Report is a weekly piece from Oil City News recapping all of what the current Wyoming-connected professional sports athletes accomplished this week on the fields, courts and diamonds.

Below is a look at everyone who represented the Cowboy State at the highest levels of their respective sports this past week.

NOTE: The following players listed went to the University of Wyoming at some point in their college careers, played high school sports in the state, or both. For the NFL, only players currently on or recently a part of active rosters are listed.

Josh Allen tore up an opposing defense. What else is new?

In an electric showing on Monday Night Football against the Tennessee Titans, Allen was the maestro behind Buffalo’s 41–7 rout of the AFC’s defending No. 1 seed, proving oddsmakers right to have the former Cowboy as the preseason favorite to win the NFL’s Most Valuable Player award.

Allen threw for 317 yards, four touchdowns and no interceptions as the Bills ran away early, with the score so lopsided that starters on both sides were pulled before the third quarter had even finished. His top target was All-Pro wide receiver Stefon Diggs, whom Allen hit for 12 catches, 148 yards and three scores, while Allen connected with fullback Reggie Gilliam in the first quarter for his other touchdown throw.

Allen remains the betting favorite to win the MVP as through two weeks in the season, his odds of winning the league’s top individual honor have shrunk to +400, per Bet365. Kansas City Chiefs quarterback Patrick Mahomes is the next closest player at +450.

Now 2–0, Buffalo will aim to continue its hot start to the season as it faces the Miami Dolphins next at 11 a.m. Sunday.

While Buffalo is rolling, the defending AFC champion Cincinnati Bengals are struggling. The Bengals lost 20–17 Sunday against the Dallas Cowboys following a game-winning field goal from Dallas kicker Brett Maher, slumping to 0–2 thus far in the year.

Wilson, a Casper native and Cincinnati’s leading tackler from this past season, had a relatively tame day by his standards, only notching three total tackles against the Cowboys after leading the team in tackles in Week 1 against the Pittsburgh Steelers. He was officially credited with a fumble forced in the third quarter on Cowboys tight end Dalton Schultz, however, making the tackle as safety Vonn Bell came in simultaneously to punch the ball out.

Through two weeks, Wilson is currently the Bengals’ second-leading tackler with 12 total stops, only behind linebacker Germaine Pratt’s 13 as the former Mustang and Cowboy looks to have recovered fully and successfully from offseason shoulder surgery.

Cincinnati will attempt to correct its slide when it faces the New York Jets at 11 a.m. Sunday.

A third-round pick of Jacksonville in this past summer’s NFL Draft, Muma has struggled to find the field with Jaguars’ first-team defense, not playing a single defensive snap in Jacksonville’s 24–0 win over the Indianapolis Colts on Sunday.

Nonetheless, Muma was effective with the game time he was given, notching three total tackles on special teams as the Jaguars swarmed the hapless Colts this weekend in Florida. The former Cowboy has only played eight defensive snaps in his first two NFL games, a bit of a disappointing number for the former Associated Press Third Team All-American considering he often suited up with the Jags’ first-team defensive unit in the preseason.

Jacksonville, which surprisingly sits atop the AFC South after two games, will take on the Los Angeles Chargers in Week 3 at 2:05 p.m. Sunday.

Epps tallied six total tackles as part of an Eagles secondary that made life miserable for the Minnesota Vikings on Monday night, acting as an integral part of a big 24–7 Philadelphia win as his unit helped force three interceptions out of Vikings quarterback Kirk Cousins.

A sixth-round pick of Minnesota in 2019, Epps has gone from being waived by the Vikings to starting against them as a strong safety this year. Though Epps himself doesn’t have an interception to his name yet in 2022, the Eagles as a whole look early on to have one of the strongest pass defenses in the NFL with four interceptions in two games.

Epps and the Eagles play an NFC East rival, the Washington Commanders, next at 11 a.m. Sunday.

After a fractured fibula ruled Roullier out for over half of last season, bad luck struck the former sixth-round draft pick again as the offensive lineman suffered what appeared to be a severe knee injury very late in Washington’s loss to the Detroit Lions on Sunday.

Roullier was placed on injured reserve by Washington and will miss a minimum of four games, though the fear is that the injury will require season-ending surgery, per ESPN reporting. It would be a disappointing end to what both Roullier and the Commanders hoped would be a strong comeback season for the 29-year-old.

The former Pro Bowler officially made it 11 straight seasons (across five different teams) with at least one interception after picking off Seattle Seahawks quarterback Geno Smith in the second quarter of the 49ers’ 27–7 win over their NFC West rival Sunday.

Niners safety Talanoa Hufanga got his hands on a pass intended for Seahawks receiver Tyler Lockett, at which point Gipson then pounced on the tipped ball and returned it for 14 yards.

Gipson played every defensive snap and made one tackle along with the interception, with the 32-year-old proving to be a shrewd free agency pickup for San Francisco after he played for the Chicago Bears last season.

The 49ers, which will start veteran Jimmy Garoppolo at quarterback following a season-ending injury Sunday to starter Trey Lance, will take on the Denver Broncos next at 6:20 p.m. Sunday, with the game televised nationally on NBC.

Like his college and current pro teammate Muma, Wingard has also struggled to find the field on the Jaguars’ defense early on in the 2022–23 season, not playing a single defensive snap in Jacksonville’s win over Indianapolis. Wingard did play on special teams along with Muma, however, notching two total tackles along the way.

Wingard, who started 15 games and tallied 88 total tackles for Jacksonville in 2021–22, still remains the team’s backup strong safety on its depth chart and has yet to see a snap on the defensive end this season.

Granderson notched three total tackles, including one for a loss, in New Orleans’ 20–10 loss to the Tampa Bay Buccaneers on Sunday.

Undrafted in 2019, the 26-year-old is now in his fourth season with the Saints, where he’s currently second on the team’s depth chart at right defensive end behind former first-round pick Marcus Davenport.

The Saints will take on the Carolina Panthers for their next game at 11 a.m. Sunday.

The former first-rounder saw a majority of defensive snaps once again for the Browns, though Cleveland still suffered a 31–30 loss to the Jets thanks to New York’s stunning two touchdowns in the game’s final two minutes to complete a late comeback.

Bryan, who joined the Browns from the Jaguars in the offseason, assisted on a tackle in the defeat.

With defensive line mates Jadeveon Clowney ruled out and Myles Garrett questionable for Cleveland’s next game at 6:15 p.m. Thursday against the Steelers, the Casper native could have some extra pressure to produce on a depleted Browns pass rush.

Purcell had a solo tackle in Denver’s 16–9 triumph over the Houston Texans on Sunday.

The 31-year-old is now in his fourth season with the Broncos, finding a home on an active roster after bouncing around several practice squads and the now-defunct Alliance of American Football since being released by the 49ers in 2017.

Bobenmoyer had a busy day delivering footballs to Denver’s kicking specialists, with his clean snaps to kicker Brandon McManus — who went 3 for 3 on the day — proving vital in a low-scoring victory over the Texans.

The former Thunderbird additionally supplied five balls to punter Corliss Waitman, whom Bobenmoyer has appeared to establish a solid rapport with after Waitman beat out outgoing punter Sam Martin for the job in the preseason.

The Mets officially clinched a playoff berth Monday with a 7–2 win over the Milwaukee Brewers, sealing a trip to the postseason for the first time since 2016. Nimmo, who was injured for the Mets’ playoff run during his rookie season that year, could very likely get his first exposure to October baseball this time around.

Nimmo, currently Wyoming’s only representative in the MLB, is batting .265 for New York, whose current mark of 94 wins are third in the majors behind the Los Angeles Dodgers and Houston Astros. His 56 RBI this season is a career high while his seven triples puts him in a four-way tie for the MLB’s lead with Cleveland’s Amed Rosario, Baltimore’s Jorge Mateo and the Dodgers’ Gavin Lux.

New York is confirmed to at least have a National League wild card spot sealed, but could still win the National League East for the first time since 2015 and just the second time since 2007 if it holds off the defending World Series champions, the Atlanta Braves. The Mets are currently one game ahead of the Braves in the division standings as of Tuesday afternoon.