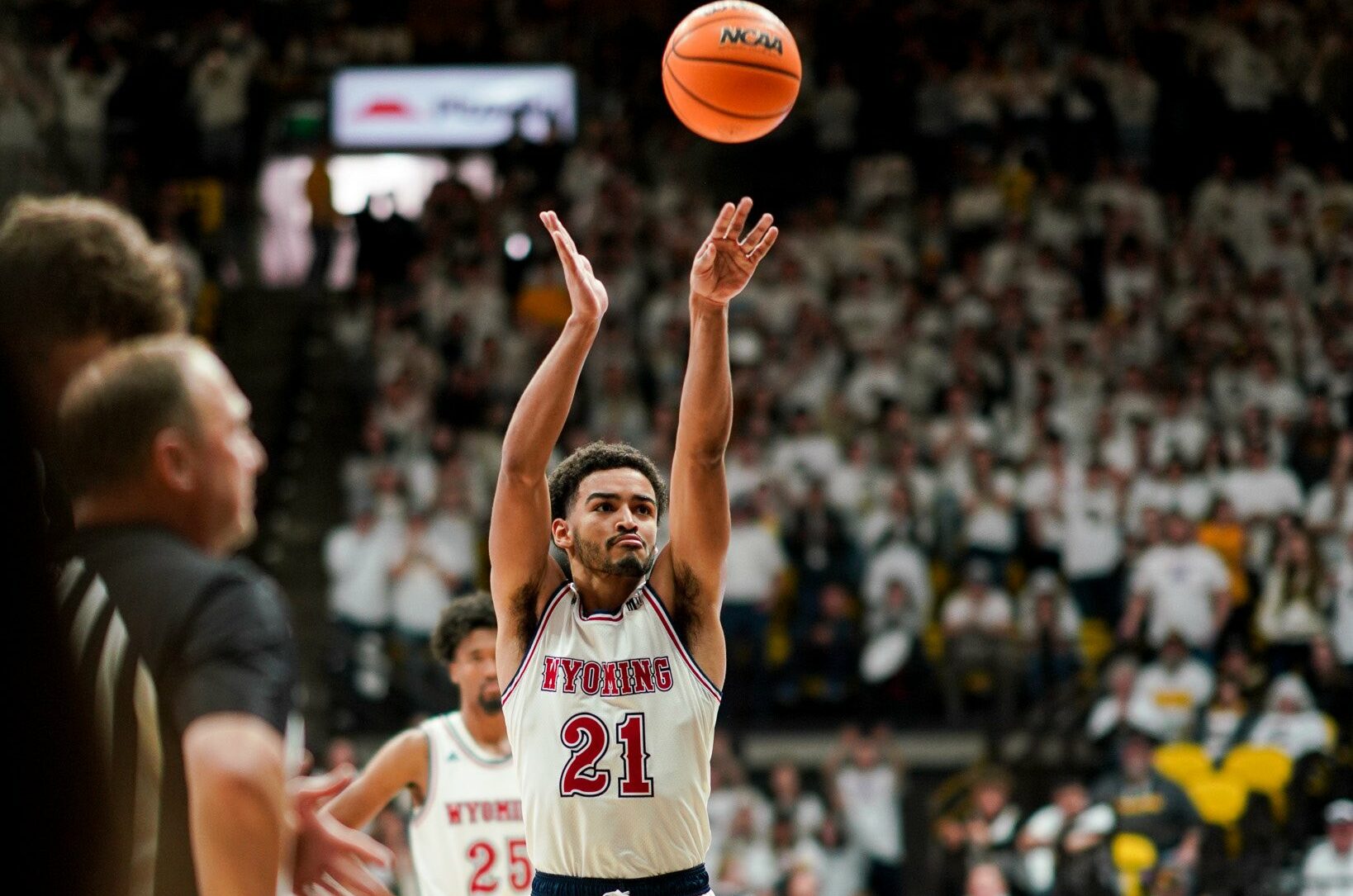 LARAMIE, Wyo. — The Wyoming Cowboys used a free throw by Noah Reynolds with 2.6 seconds left and an inbound pass breakup from Hunter Maldonado to earn a thrilling 58–57 win over Colorado State on Saturday, all in front of the largest crowd of the season.

“In the Border War, even though we were up 14, that is what this game is about,” UW head coach Jeff Linder said. “Every one that I’ve been a part of seems like it comes down to the last possession of the game.

“For our guys to stick together was great. It’s a game of runs. We really controlled the game offensively and defensively in the first half and then [Colorado State] flipped the script in the second half. But our guys stuck together and found a way to win the game. That is what this team needed, was to find a way to win a game. That spark will hopefully allow us to push forward.”

Wyoming was led in scoring by Reynolds with 17 points, including the game-winning free throw. Ethan Anderson added 13 points and five rebounds. He was 6-of-9 from the free throw line. Hunter Thompson returned for the first time in five games and added a team-high eight rebounds. Maldonado added seven points in his return and led the team with five assists. Xavier DuSell added nine points and a season-high five rebounds.

Neither team could find a bucket in the opening three minutes, with the only point coming via the free throw line for a 1–0 Ram lead. Anderson got the Pokes on the board roughly three and a half minutes in with a layup and a 2–1 lead. The Pokes would then take a 6–3 lead on a Nate Barnhart bucket, but John Tonje tied the contest with a triple roughly five minutes into the opening stanza.

Wyoming would hold the Rams scoreless for around three minutes, extending its lead to 14 roughly a minute before halftime.

The second half, however, was a very different story.

Wyoming went scoreless for over seven minutes and the Rams went on a 15–0 run to take a 47-45 lead. Nate Barnhart halted the run with a jumper with roughly five and a half minutes left in the game, but the Rams took the lead right back at 48–47.

Anderson added an and-one play for a 52–48 lead minutes later, and Isaiah Stevens added a triple for a 54–53 game for UW shortly after that. CSU’s John Tonje added four points in quick succession to give his team the lead back, at 57–54, with two and a half minutes left in the contest.

Maldonado made it a 57–55 game at the free throw line and Reynolds tied the game with 96 seconds left. Neither team could break the stalemate until Noah Reynolds added a free throw for a 58–57 game with 2.6 seconds remaining. Maldonado then broke up the inbounds pass and the Pokes took the win 58–57.

The Cowboys will hit the road Tuesday. Wyoming travels to Las Vegas, Nevada, for a 9 p.m. contest against UNLV inside the Thomas & Mack Center.