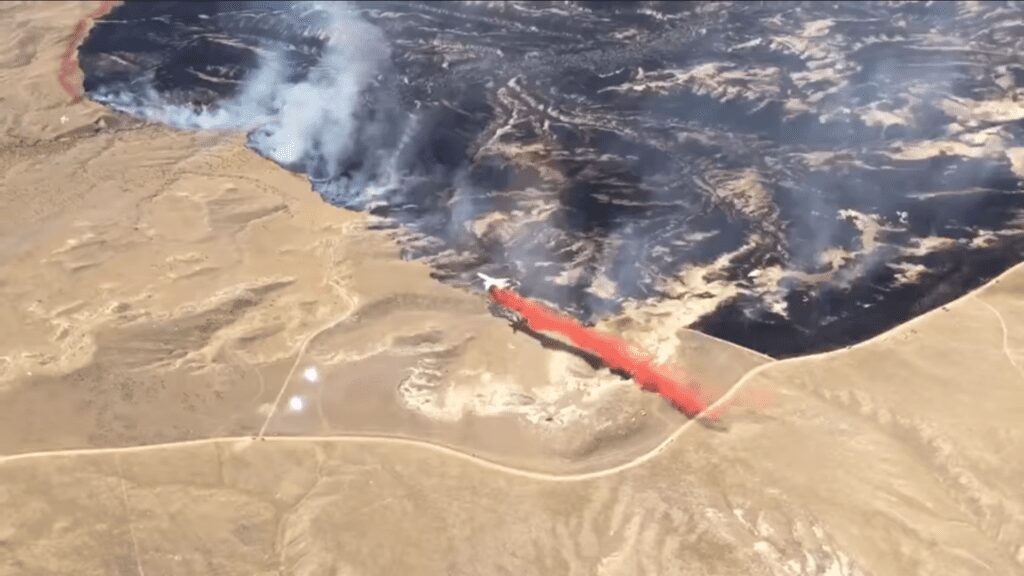 CASPER, Wyo. — The “Neiber” wildfire south of Worland had grown to about 17,606 acres as of 9:50 pm Thursday, July 16, according to a report posted to InciWeb. It was estimated at 30% containment Thursday night.

The Bureau of Land Management Wyoming had reported the fire at 13,159 acres on Thursday afternoon and 35% contained. BLM Wyoming shared video of air resources which were aiding ground resources on Thursday:

According to the 9:50 pm InciWeb report, the fire is expected to continue moving to the southeast”

The fire is about seven miles south of Worland. 200 personnel were responding to the fire according to the Thursday night report.

The Wyoming Type 3 Incident Managment Team is managing the wildfire with support from BLM, the U.S. Forest Service and the Worland Fire Protection District.

The fire is burning a mix of grass and brush. It was initially discovered at about 4:45 pm Tuesday. The cause of the fire remains unknown.