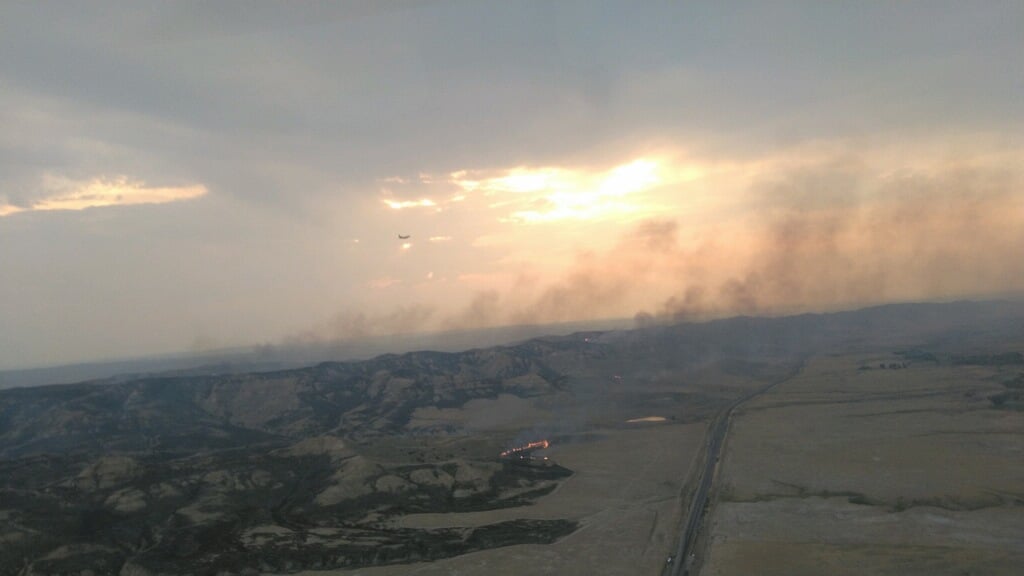 CASPER, Wyo. — Significant rainfall on the Deer Creek 2 Fire overnight Wednesday helped firefighters as they continue to work to contain the fire, according to a Thursday morning update from fire managers.

“The fire is estimated at 15% contained as of last night, and it is expected to increase dramatically by this evening,” the update states. “There is an incident command meeting this morning where we will learn more about what happened overnight, acres burned, and what is projected for today.”

The fire, which was started by a burning coal seam, has burned an estimated 3,000 acres. It is unknown what ignited the coal seam and how long it was burning before it surfaced and ignited dry fuels in an area near the Campbell and Johnson County border off Echeta Road.

Temperatures on Thursday are expected to reach 91 degrees. Humidity was around 60% in the morning but is expected to decrease to 25-30% by the afternoon. Wind gusts up to 20 mph are possible. More showers and thunderstorms are likely in the afternoon.

Fire managers said that the Wyoming Office of Homeland Security has positioned a communications trailer near the fire.

“This will help increase radio communications with and between the firefighters in the field,” the update states. “The fire is in such a remote area that there is spotty cell and radio service at best.”

The fire is burning in an area with grass, juniper and ponderosa pine on federal, state and private lands in Campbell, Johnson and Sheridan County. No structures have reportedly been lost, nor have any evacuations or road closures have been issued.